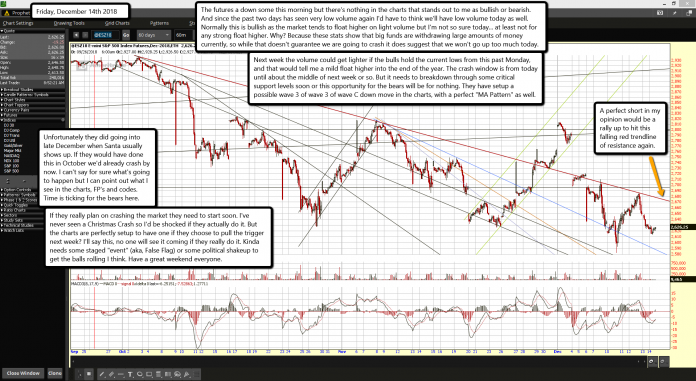 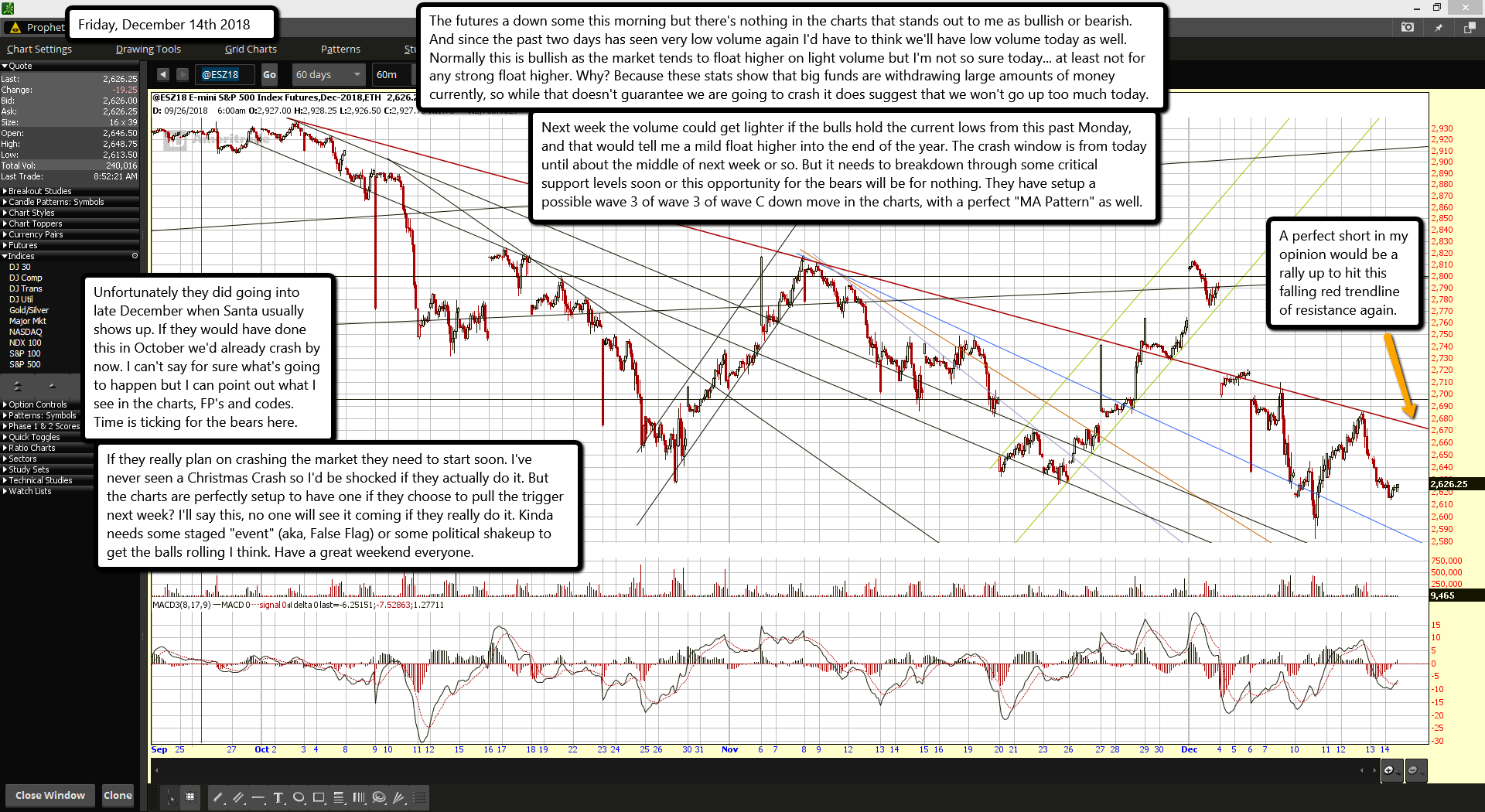 The futures a down some this morning but there's nothing in the charts that stands out to me as bullish or bearish. And since the past two days has seen very low volume again I'd have to think we'll have low volume today as well. Normally this is bullish as the market tends to float higher on light volume but I'm not so sure today... at least not for any strong float higher. Why? Because these stats show that big funds are withdrawing large amounts of money currently, so while that doesn't guarantee we are going to crash it does suggest that we won't go up too much today.

The largest equity fund outflow of the year almost always occurs in mid-December. Even so, this week's outflow of 0.44% of total equity fund assets is the largest in 15 years.  The previous record was 0.39% in mid-August 2011.

Next week the volume could get lighter if the bulls hold the current lows from this past Monday, and that would tell me a mild float higher into the end of the year. The crash window is from today until about the middle of next week or so. But it needs to breakdown through some critical support levels soon or this opportunity for the bears will be for nothing. They have setup a possible wave 3 of wave 3 of wave C down move in the charts, with a perfect "MA Pattern" as well.

Unfortunately they did going into late December when Santa usually shows up. If they would have done this in October we'd already crash by now. I can't say for sure what's going to happen but I can point out what I see in the charts, FP's and codes. Time is ticking for the bears here.

If they really plan on crashing the market they need to start soon. I've never seen a Christmas Crash so I'd be shocked if they actually do it. But the charts are perfectly setup to have one if they choose to pull the trigger next week? I'll say this, no one will see it coming if they really do it. Kinda needs some staged "event" (aka, False Flag) or some political shakeup to get the balls rolling I think. Have a great weekend everyone.