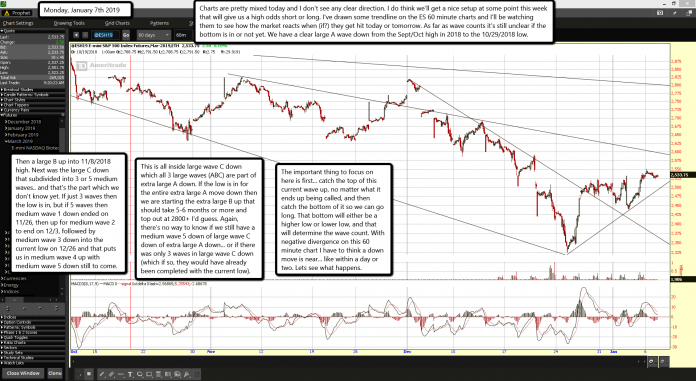 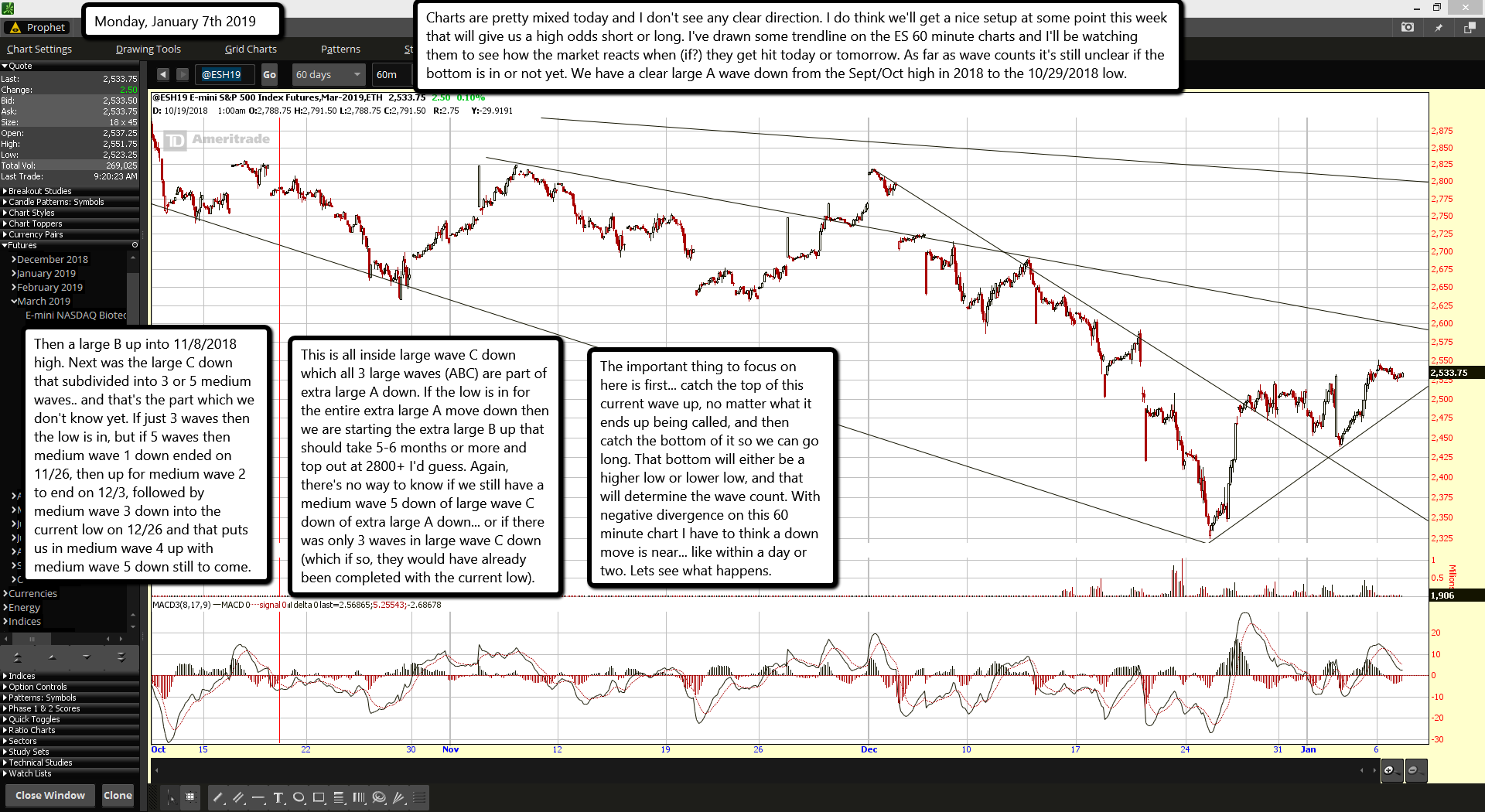 Charts are pretty mixed today and I don't see any clear direction. I do think we'll get a nice setup at some point this week that will give us a high odds short or long. I've drawn some trendline on the ES 60 minute charts and I'll be watching them to see how the market reacts when (if?) they get hit today or tomorrow. As far as wave counts it's still unclear if the bottom is in or not yet. We have a clear large A wave down from the Sept/Oct high in 2018 to the 10/29/2018 low.

The important thing to focus on here is first... catch the top of this current wave up, no matter what it ends up being called, and then catch the bottom of it so we can go long. That bottom will either be a higher low or lower low, and that will determine the wave count. With negative divergence on this 60 minute chart I have to think a down move is near... like within a day or two. Lets see what happens.