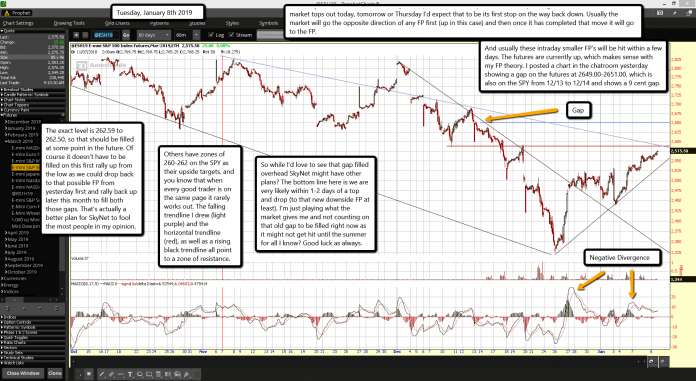 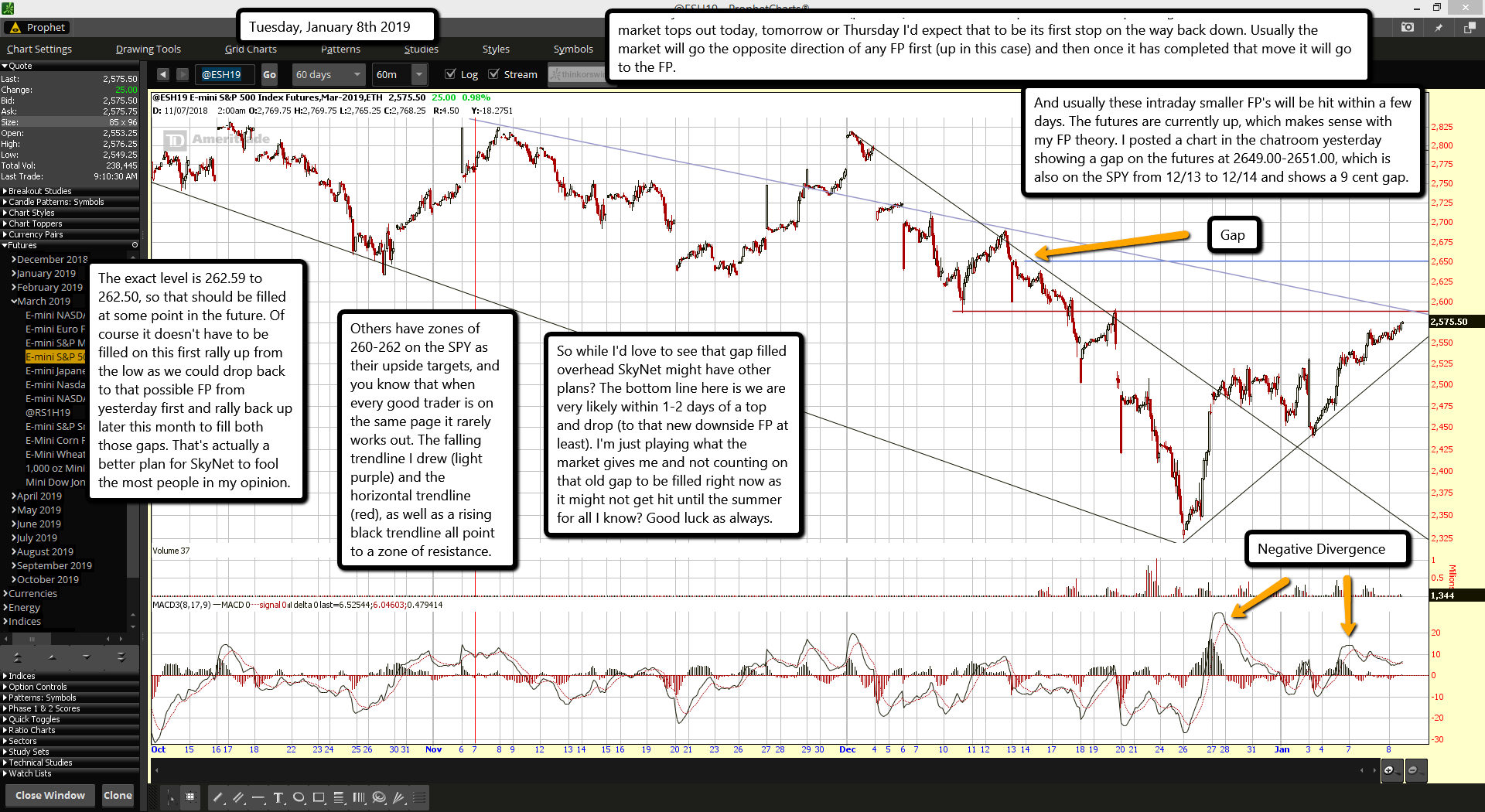 Yesterday after the bell there's a new (possible) FP that showed up on the SPY. It's pointing to 245.29, so once the market tops out today, tomorrow or Thursday I'd expect that to be its first stop on the way back down. Usually the market will go the opposite direction of any FP first (up in this case) and then once it has completed that move it will go to the FP.

And usually these intraday smaller FP's will be hit within a few days. The futures are currently up, which makes sense with my FP theory. I posted a chart in the chatroom yesterday showing a gap on the futures at 2649.00-2651.00, which is also on the SPY from 12/13 to 12/14 and shows a 9 cent gap.

The exact level is 262.59 to 262.50, so that should be filled at some point in the future. Of course it doesn't have to be filled on this first rally up from the low as we could drop back to that possible FP from yesterday first and rally back up later this month to fill both those gaps. That's actually a better plan for SkyNet to fool the most people in my opinion.

Others have zones of 260-262 on the SPY as their upside targets, and you know that when every good trader is on the same page it rarely works out. The falling trendline I drew (light purple) and the horizontal trendline (red), as well as a rising black trendline all point to a zone of resistance.

So while I'd love to see that gap filled overhead SkyNet might have other plans? The bottom line here is we are very likely within 1-2 days of a top and drop (to that new downside FP at least). I'm just playing what the market gives me and not counting on that old gap to be filled right now as it might not get hit until the summer for all I know? Good luck as always.