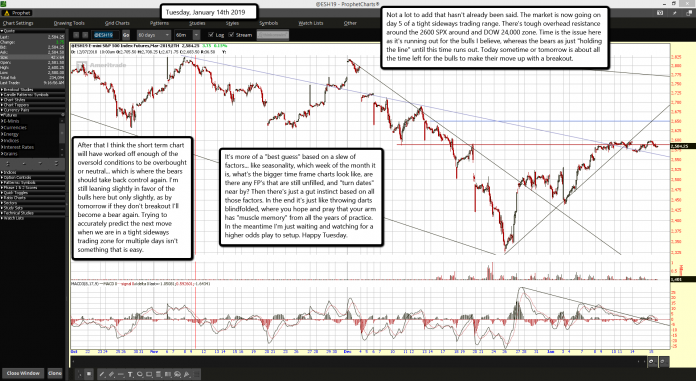 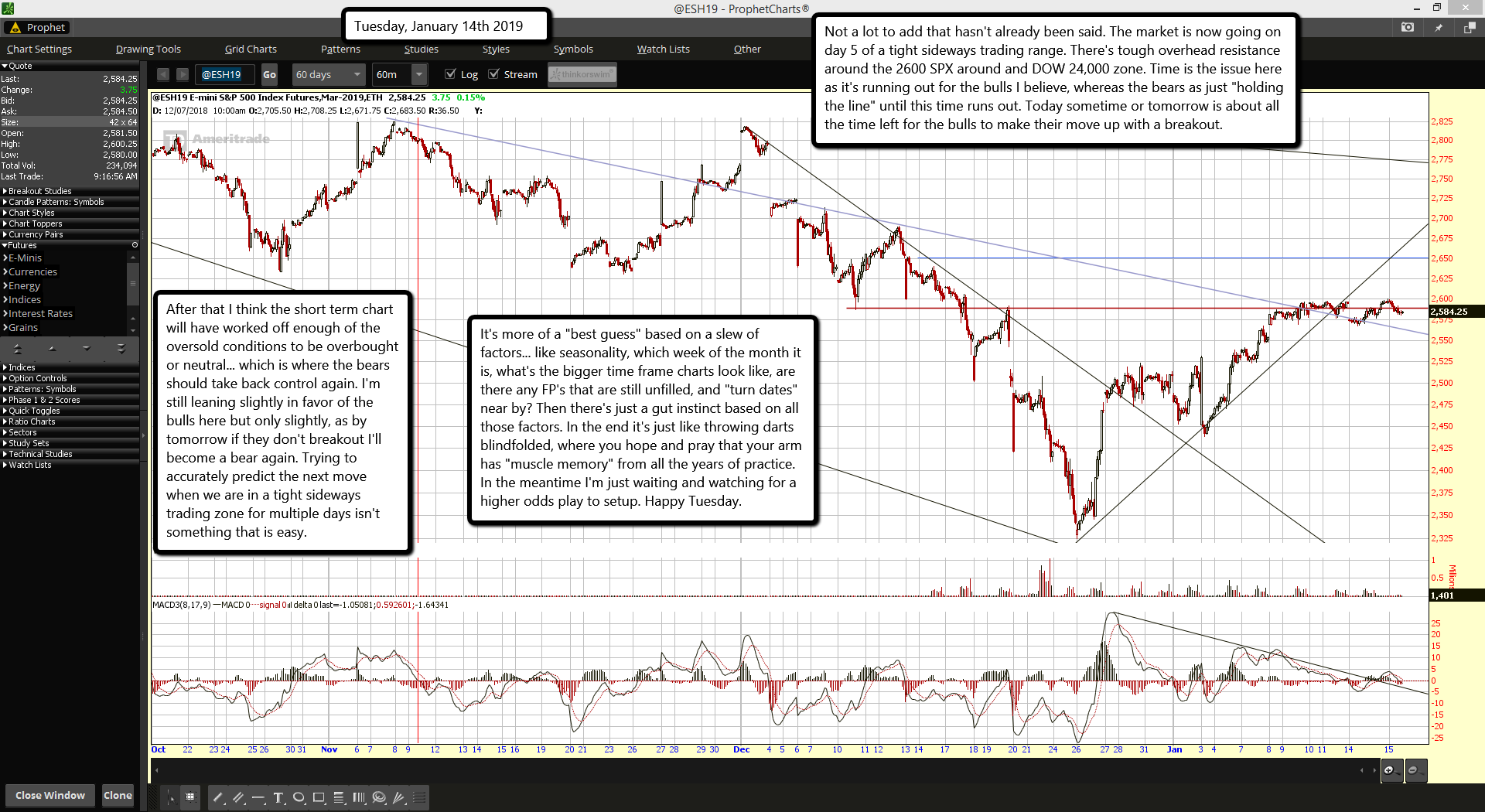 Not a lot to add that hasn't already been said. The market is now going on day 5 of a tight sideways trading range. There's tough overhead resistance around the 2600 SPX around and DOW 24,000 zone. Time is the issue here as it's running out for the bulls I believe, whereas the bears as just "holding the line" until this time runs out. Today sometime or tomorrow is about all the time left for the bulls to make their move up with a breakout.

After that I think the short term chart will have worked off enough of the oversold conditions to be overbought or neutral... which is where the bears should take back control again. I'm still leaning slightly in favor of the bulls here but only slightly, as by tomorrow if they don't breakout I'll become a bear again. Trying to accurately predict the next move when we are in a tight sideways trading zone for multiple days isn't something that is easy.

It's more of a "best guess" based on a slew of factors... like seasonality, which week of the month it is, what's the bigger time frame charts look like, are there any FP's that are still unfilled, and "turn dates" near by? Then there's just a gut instinct based on all those factors. In the end it's just like throwing darts blindfolded, where you hope and pray that your arm has "muscle memory" from all the years of practice. In the meantime I'm just waiting and watching for a higher odds play to setup. Happy Tuesday.