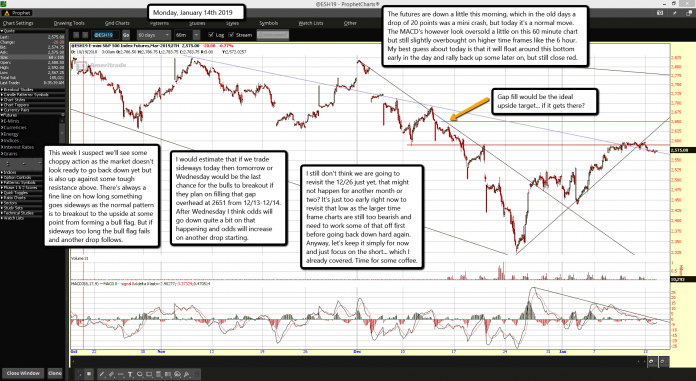 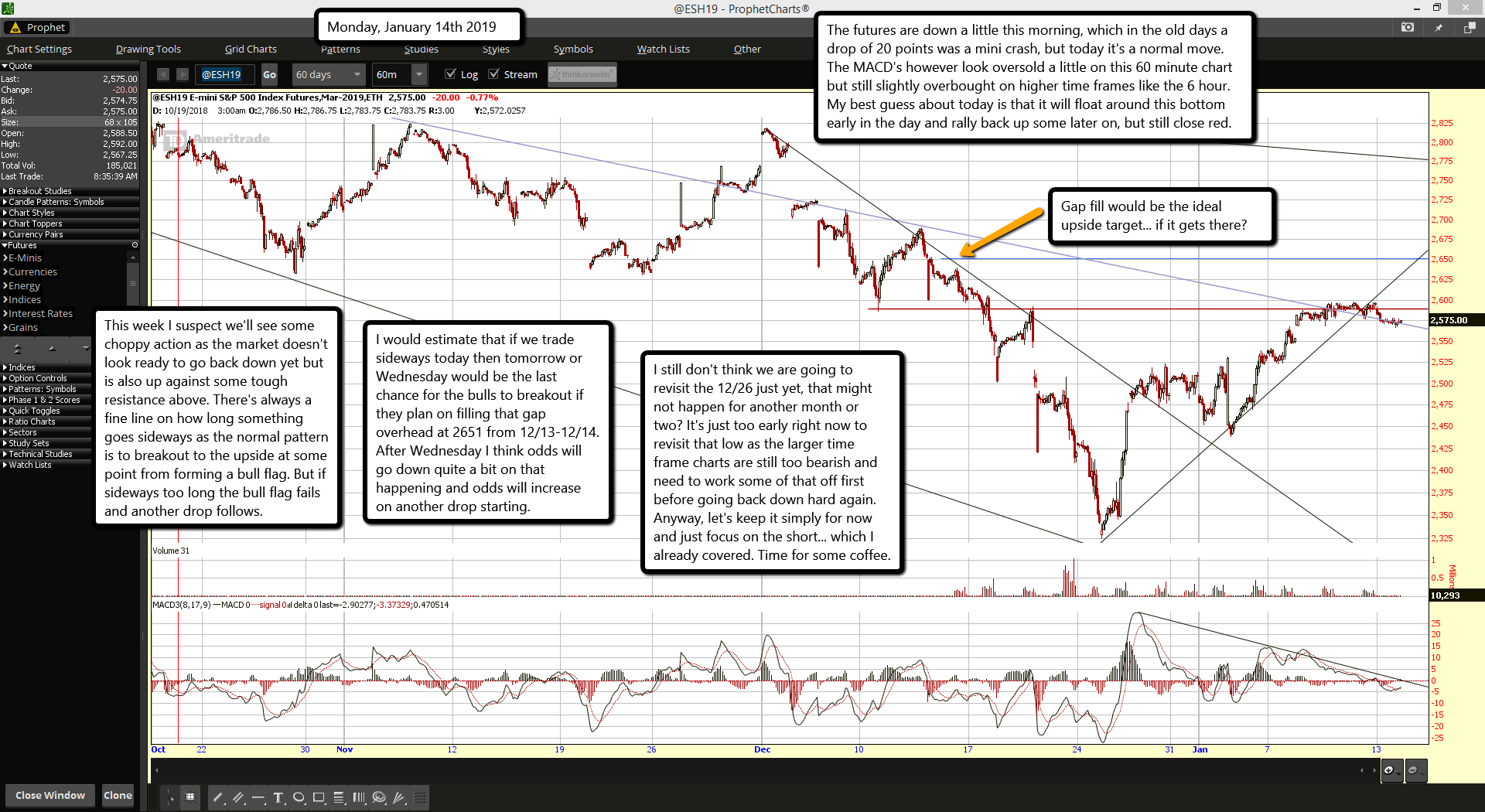 The futures are down a little this morning, which in the old days a drop of 20 points was a mini crash, but today it's a normal move. The MACD's however look oversold a little on this 60 minute chart but still slightly overbought on higher time frames like the 6 hour. My best guess about today is that it will float around this bottom early in the day and rally back up some later on, but still close red.

This week I suspect we'll see some choppy action as the market doesn't look ready to go back down yet but is also up against some tough resistance above. There's always a fine line on how long something goes sideways as the normal pattern is to breakout to the upside at some point from forming a bull flag. But if sideways too long the bull flag fails and another drop follows.

I would estimate that if we trade sideways today then tomorrow or Wednesday would be the last chance for the bulls to breakout if they plan on filling that gap overhead at 2651 from 12/13-12/14. After Wednesday I think odds will go down quite a bit on that happening and odds will increase on another drop starting.

I still don't think we are going to revisit the 12/26 just yet, that might not happen for another month or two? It's just too early right now to revisit that low as the larger time frame charts are still too bearish and need to work some of that off first before going back down hard again. Anyway, let's keep it simply for now and just focus on the short... which I already covered. Time for some coffee.