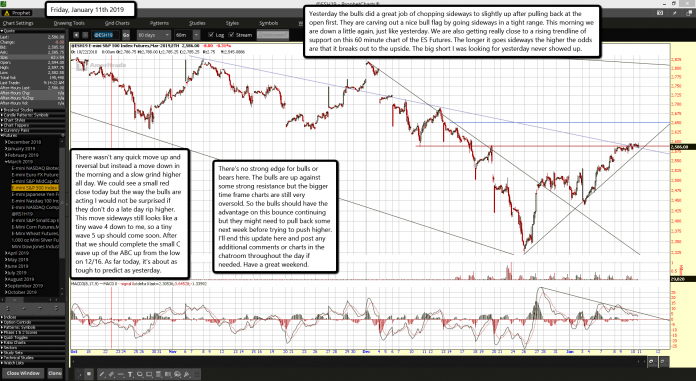 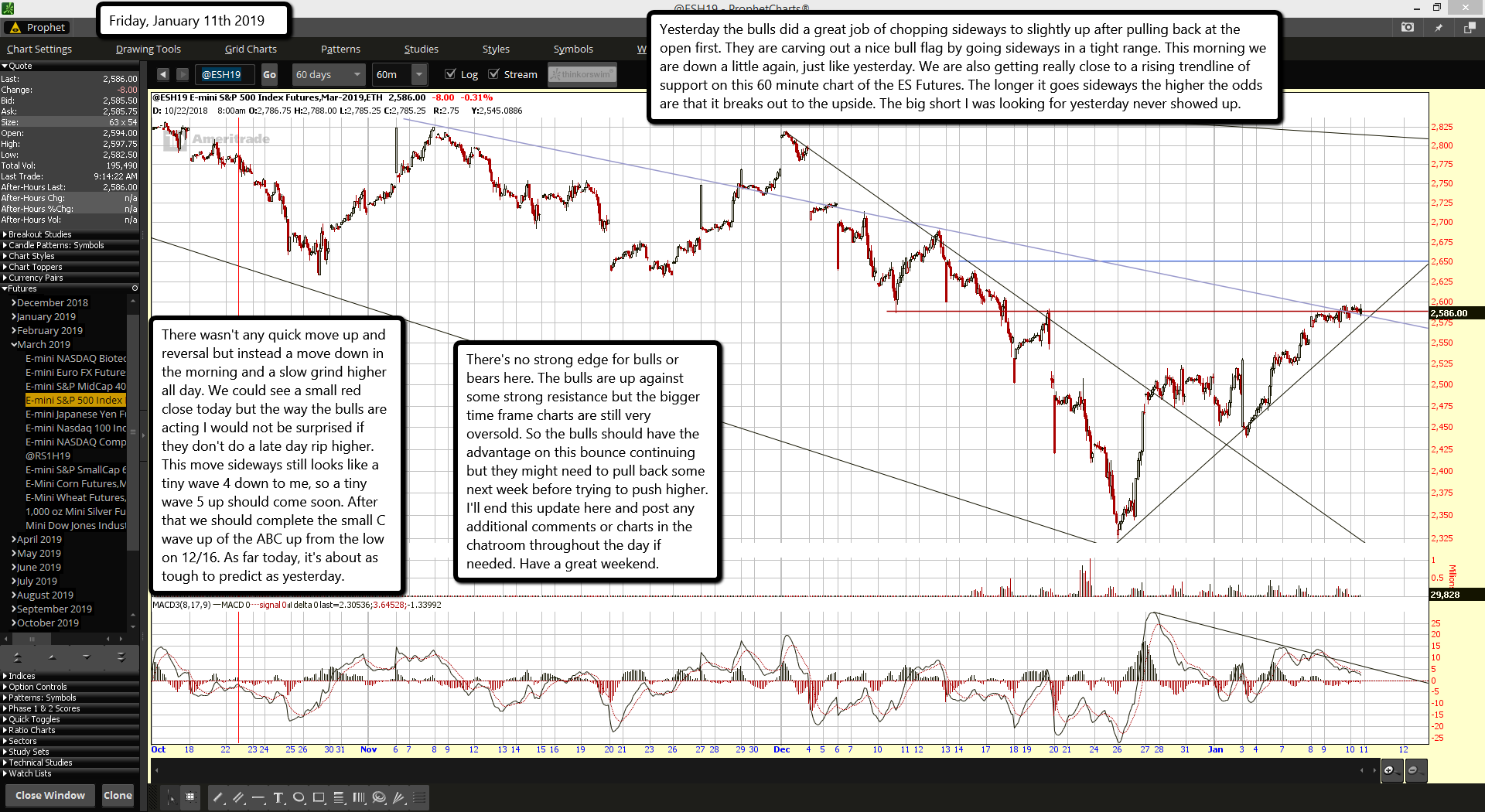 Yesterday the bulls did a great job of chopping sideways to slightly up after pulling back at the open first. They are carving out a nice bull flag by going sideways in a tight range. This morning we are down a little again, just like yesterday. We are also getting really close to a rising trendline of support on this 60 minute chart of the ES Futures. The longer it goes sideways the higher the odds are that it breaks out to the upside. The big short I was looking for yesterday never showed up.

There wasn't any quick move up and reversal but instead a move down in the morning and a slow grind higher all day. We could see a small red close today but the way the bulls are acting I would not be surprised if they don't do a late day rip higher. This move sideways still looks like a tiny wave 4 down to me, so a tiny wave 5 up should come soon. After that we should complete the small C wave up of the ABC up from the low on 12/16. As far today, it's about as tough to predict as yesterday.

There's no strong edge for bulls or bears here. The bulls are up against some strong resistance but the bigger time frame charts are still very oversold. So the bulls should have the advantage on this bounce continuing but they might need to pull back some next week before trying to push higher. I'll end this update here and post any additional comments or charts in the chatroom throughout the day if needed. Have a great weekend.