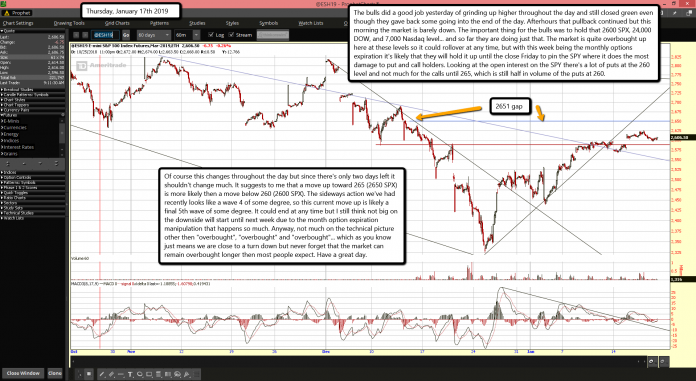 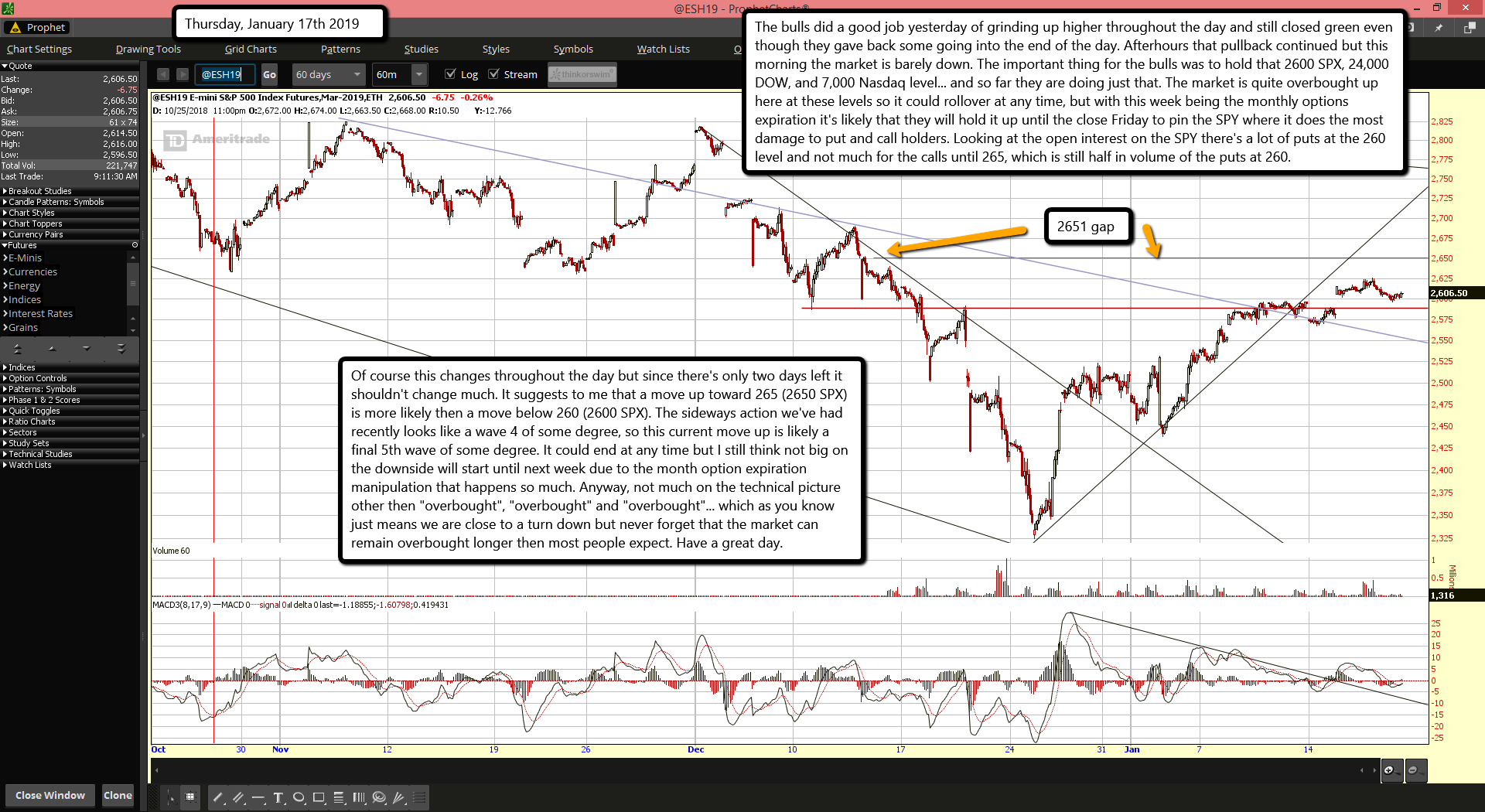 The bulls did a good job yesterday of grinding up higher throughout the day and still closed green even though they gave back some going into the end of the day. Afterhours that pullback continued but this morning the market is barely down. The important thing for the bulls was to hold that 2600 SPX, 24,000 DOW, and 7,000 Nasdaq level... and so far they are doing just that. The market is quite overbought up here at these levels so it could rollover at any time, but with this week being the monthly options expiration it's likely that they will hold it up until the close Friday to pin the SPY where it does the most damage to put and call holders. Looking at the open interest on the SPY there's a lot of puts at the 260 level and not much for the calls until 265, which is still half in volume of the puts at 260.

Of course this changes throughout the day but since there's only two days left it shouldn't change much. It suggests to me that a move up toward 265 (2650 SPX) is more likely then a move below 260 (2600 SPX). The sideways action we've had recently looks like a wave 4 of some degree, so this current move up is likely a final 5th wave of some degree. It could end at any time but I still think not big on the downside will start until next week due to the month option expiration manipulation that happens so much. Anyway, not much on the technical picture other then "overbought", "overbought" and "overbought"... which as you know just means we are close to a turn down but never forget that the market can remain overbought longer then most people expect. Have a great day.