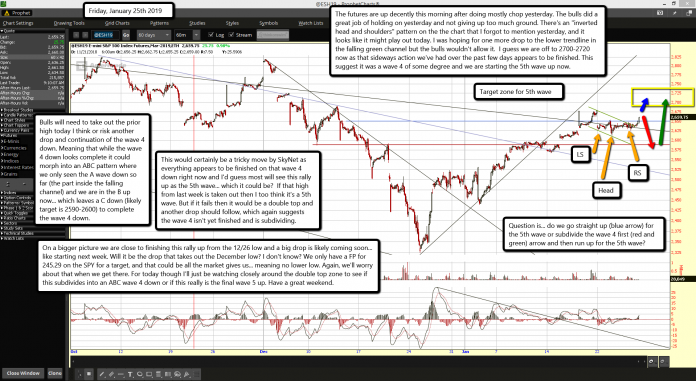 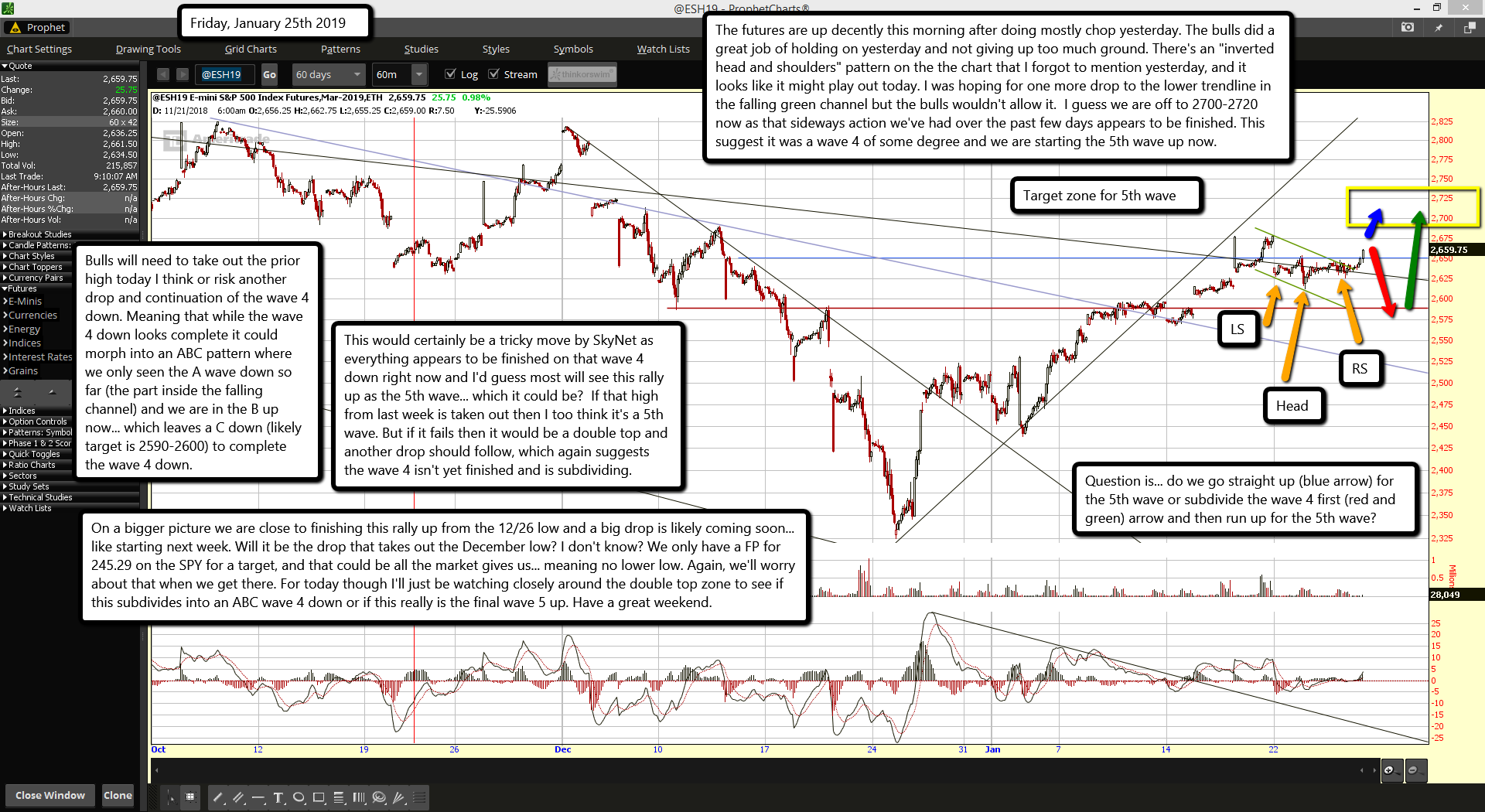 The futures are up decently this morning after doing mostly chop yesterday. The bulls did a great job of holding on yesterday and not giving up too much ground. There's an "inverted head and shoulders" pattern on the the chart that I forgot to mention yesterday, and it looks like it might play out today. I was hoping for one more drop to the lower trendline in the falling green channel but the bulls wouldn't allow it.  I guess we are off to 2700-2720 now as that sideways action we've had over the past few days appears to be finished. This suggest it was a wave 4 of some degree and we are starting the 5th wave up now.

Bulls will need to take out the prior high today I think or risk another drop and continuation of the wave 4 down. Meaning that while the wave 4 down looks complete it could morph into an ABC pattern where we only seen the A wave down so far (the part inside the falling channel) and we are in the B up now... which leaves a C down (likely target is 2590-2600) to complete the wave 4 down.

This would certainly be a tricky move by SkyNet as everything appears to be finished on that wave 4 down right now and I'd guess most will see this rally up as the 5th wave... which it could be?  If that high from last week is taken out then I too think it's a 5th wave. But if it fails then it would be a double top and another drop should follow, which again suggests the wave 4 isn't yet finished and is subdividing.

On a bigger picture we are close to finishing this rally up from the 12/26 low and a big drop is likely coming soon... like starting next week. Will it be the drop that takes out the December low? I don't know? We only have a FP for 245.29 on the SPY for a target, and that could be all the market gives us... meaning no lower low. Again, we'll worry about that when we get there. For today though I'll just be watching closely around the double top zone to see if this subdivides into an ABC wave 4 down or if this really is the final wave 5 up. Have a great weekend.