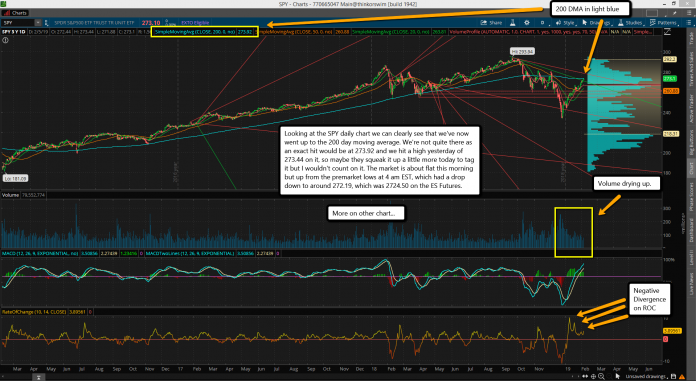 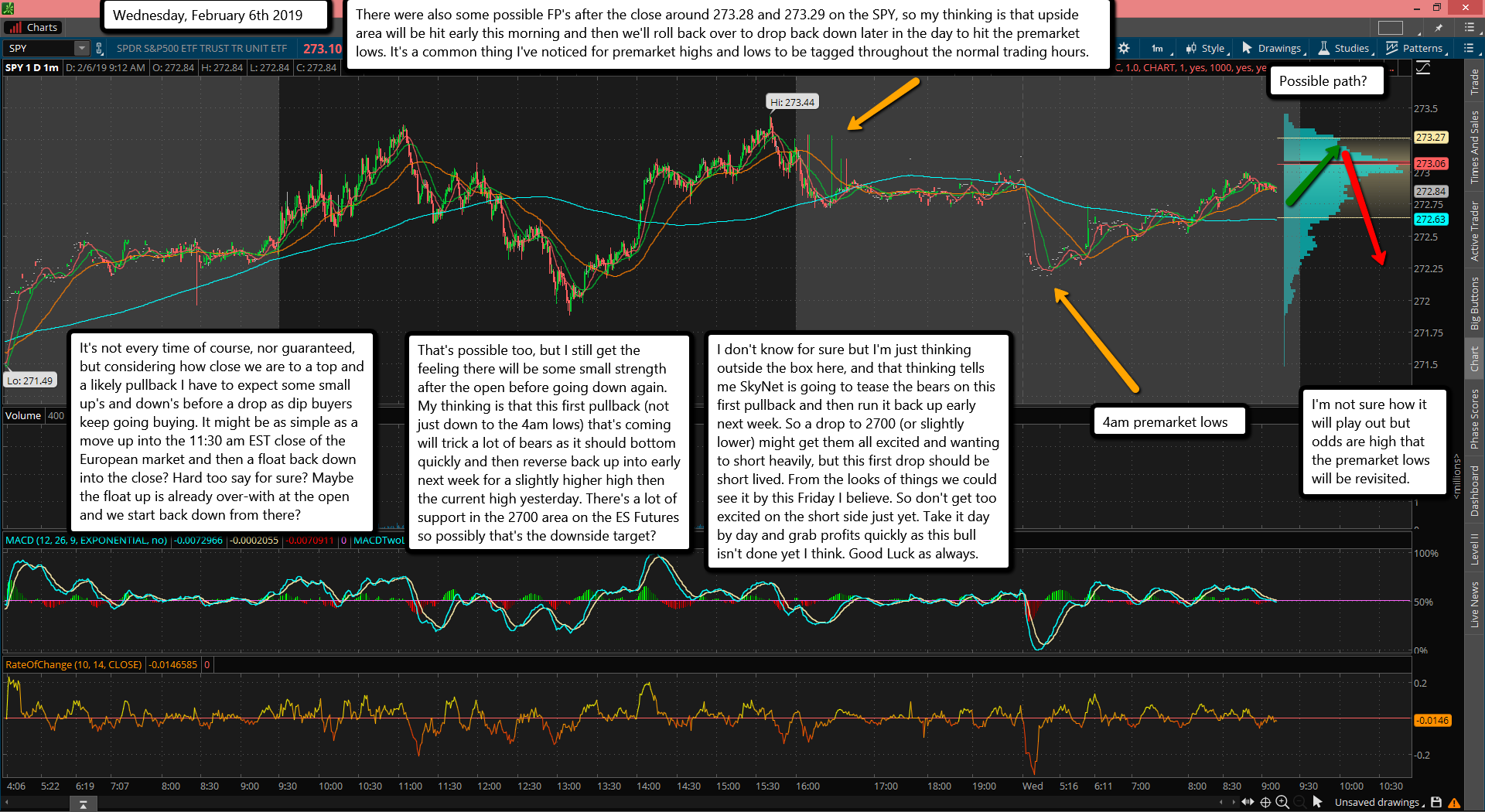 Looking at the SPY daily chart we can clearly see that we've now went up to the 200 day moving average. We're not quite there as an exact hit would be at 273.92 and we hit a high yesterday of 273.44 on it, so maybe they squeak it up a little more today to tag it but I wouldn't count on it. The market is about flat this morning but up from the premarket lows at 4 am EST, which had a drop down to around 272.19, which was 2724.50 on the ES Futures.

There were also some possible FP's after the close around 273.28 and 273.29 on the SPY, so my thinking is that upside area will be hit early this morning and then we'll roll back over to drop back down later in the day to hit the premarket lows. It's a common thing I've noticed for premarket highs and lows to be tagged throughout the normal trading hours.

It's not every time of course, nor guaranteed, but considering how close we are to a top and a likely pullback I have to expect some small up's and down's before a drop as dip buyers keep going buying. It might be as simple as a move up into the 11:30 am EST close of the European market and then a float back down into the close? Hard too say for sure? Maybe the float up is already over-with at the open and we start back down from there?

That's possible too, but I still get the feeling there will be some small strength after the open before going down again. My thinking is that this first pullback (not just down to the 4am lows) that's coming will trick a lot of bears as it should bottom quickly and then reverse back up into early next week for a slightly higher high then the current high yesterday. There's a lot of support in the 2700 area on the ES Futures so possibly that's the downside target?

I don't know for sure but I'm just thinking outside the box here, and that thinking tells me SkyNet is going to tease the bears on this first pullback and then run it back up early next week. So a drop to 2700 (or slightly lower) might get them all excited and wanting to short heavily, but this first drop should be short lived. From the looks of things we could see it by this Friday I believe. So don't get too excited on the short side just yet. Take it day by day and grab profits quickly as this bull isn't done yet I think. Good Luck as always.