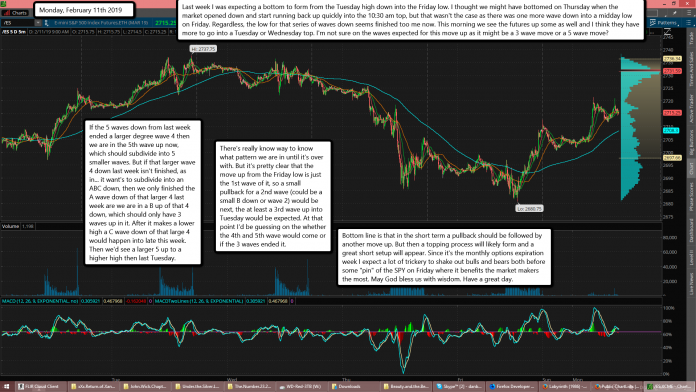 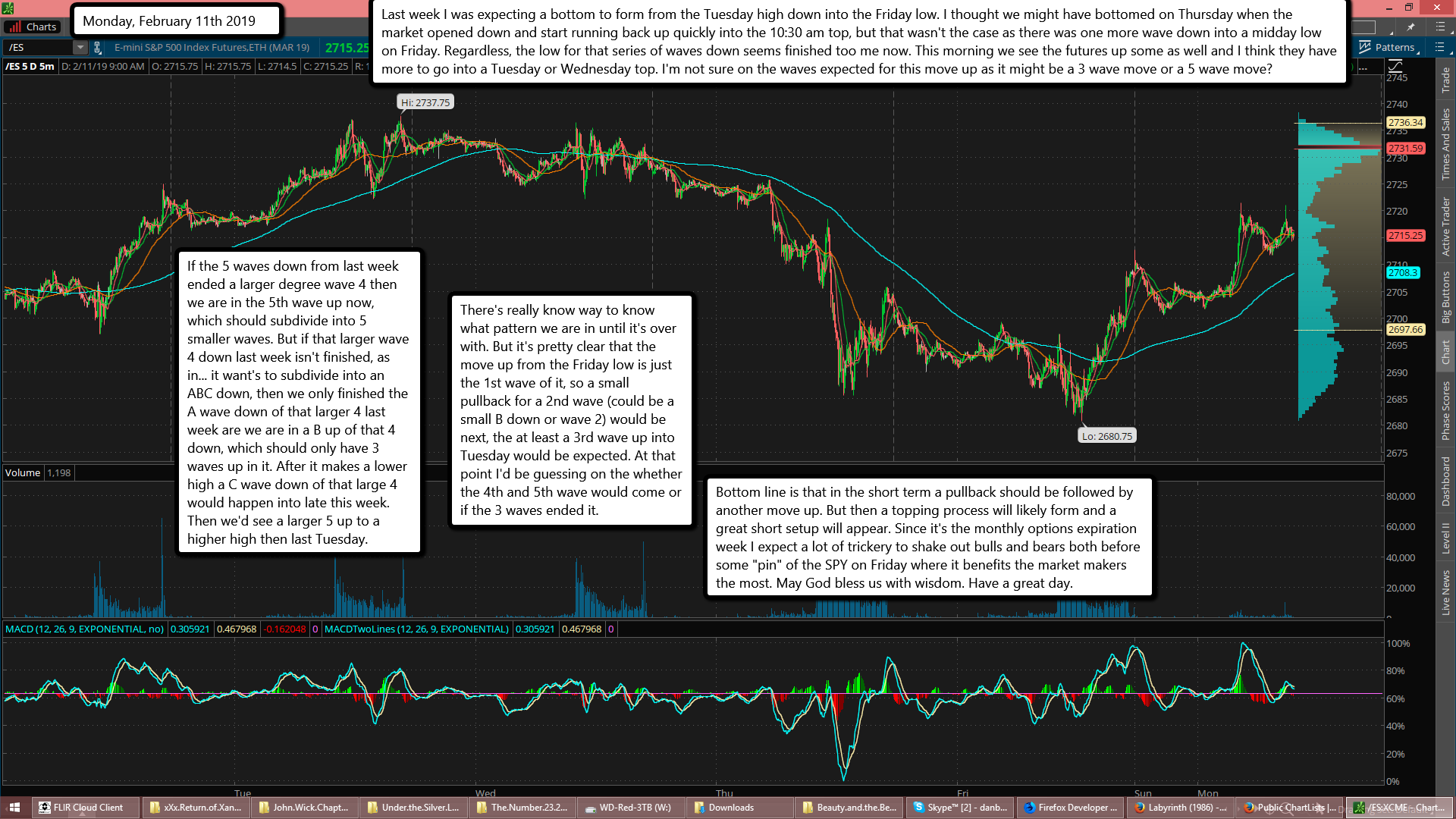 Last week I was expecting a bottom to form from the Tuesday high down into the Friday low. I thought we might have bottomed on Thursday when the market opened down and start running back up quickly into the 10:30 am top, but that wasn't the case as there was one more wave down into a midday low on Friday. Regardless, the low for that series of waves down seems finished too me now. This morning we see the futures up some as well and I think they have more to go into a Tuesday or Wednesday top. I'm not sure on the waves expected for this move up as it might be a 3 wave move or a 5 wave move?

If the 5 waves down from last week ended a larger degree wave 4 then we are in the 5th wave up now, which should subdivide into 5 smaller waves. But if that larger wave 4 down last week isn't finished, as in... it want's to subdivide into an ABC down, then we only finished the A wave down of that larger 4 last week are we are in a B up of that 4 down, which should only have 3 waves up in it. After it makes a lower high a C wave down of that large 4 would happen into late this week. Then we'd see a larger 5 up to a higher high then last Tuesday.

There's really know way to know what pattern we are in until it's over with. But it's pretty clear that the move up from the Friday low is just the 1st wave of it, so a small pullback for a 2nd wave (could be a small B down or wave 2) would be next, the at least a 3rd wave up into Tuesday would be expected. At that point I'd be guessing on the whether the 4th and 5th wave would come or if the 3 waves ended it.

Bottom line is that in the short term a pullback should be followed by another move up. But then a topping process will likely form and a great short setup will appear. Since it's the monthly options expiration week I expect a lot of trickery to shake out bulls and bears both before some "pin" of the SPY on Friday where it benefits the market makers the most. May God bless us with wisdom. Have a great day.