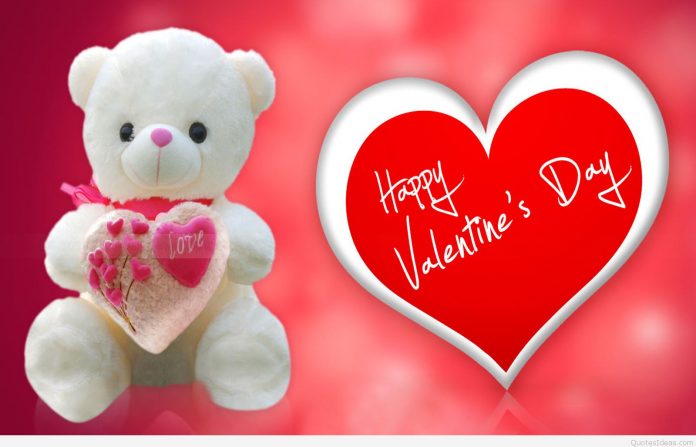 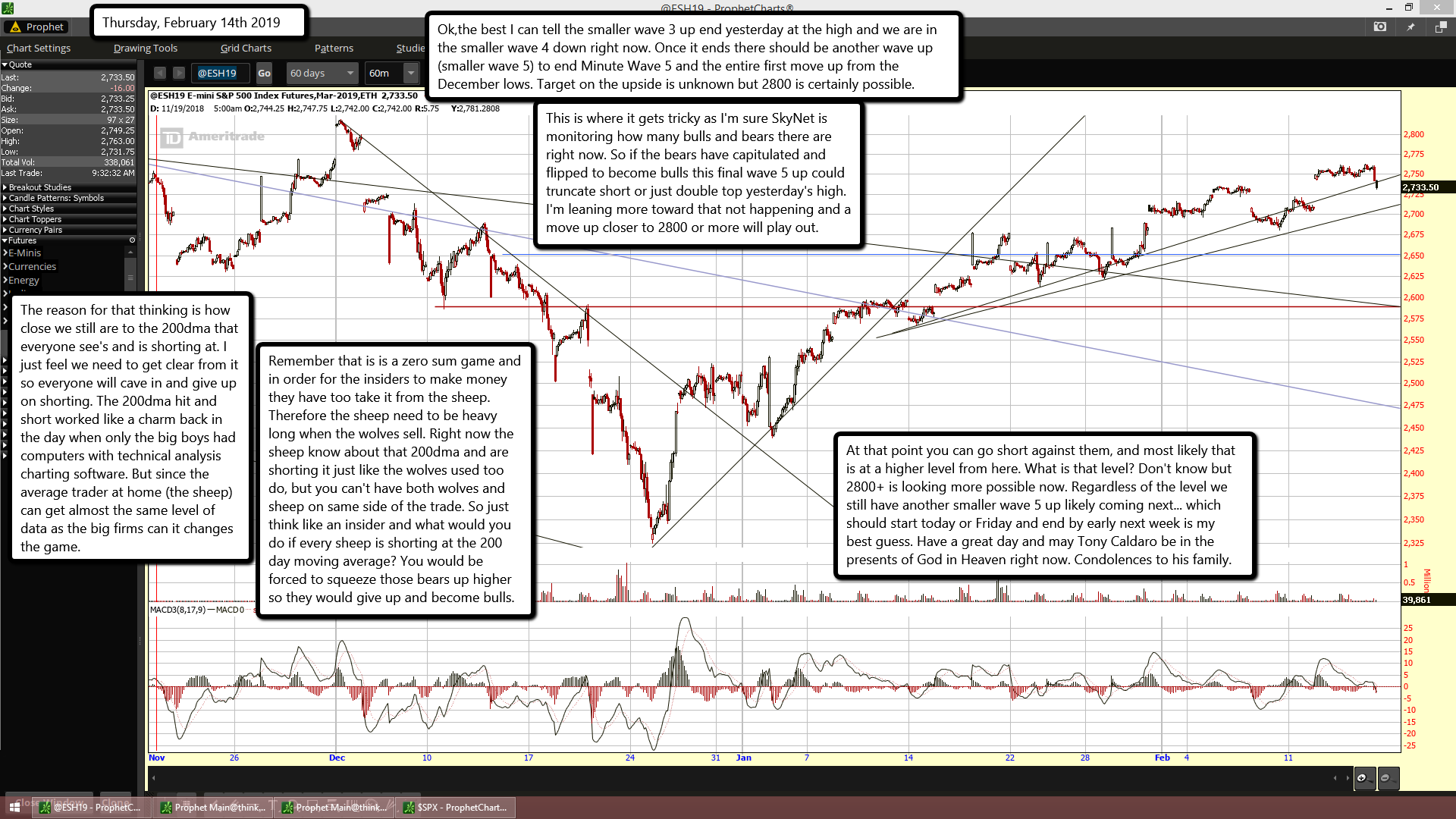 Ok,the best I can tell the smaller wave 3 up end yesterday at the high and we are in the smaller wave 4 down right now. Once it ends there should be another wave up (smaller wave 5) to end Minute Wave 5 and the entire first move up from the December lows. Target on the upside is unknown but 2800 is certainly possible.

This is where it gets tricky as I'm sure SkyNet is monitoring how many bulls and bears there are right now. So if the bears have capitulated and flipped to become bulls this final wave 5 up could truncate short or just double top yesterday's high. I'm leaning more toward that not happening and a move up closer to 2800 or more will play out.

The reason for that thinking is how close we still are to the 200dma that everyone see's and is shorting at. I just feel we need to get clear from it so everyone will cave in and give up on shorting. The 200dma hit and short worked like a charm back in the day when only the big boys had computers with technical analysis charting software. But since the average trader at home (the sheep) can get almost the same level of data as the big firms can it changes the game.

Remember that is is a zero sum game and in order for the insiders to make money they have too take it from the sheep. Therefore the sheep need to be heavy long when the wolves sell. Right now the sheep know about that 200dma and are shorting it just like the wolves used too do, but you can't have both wolves and sheep on same side of the trade. So just think like an insider and what would you do if every sheep is shorting at the 200 day moving average? You would be forced to squeeze those bears up higher so they would give up and become bulls.

At that point you can go short against them, and most likely that is at a higher level from here. What is that level? Don't know but 2800+ is looking more possible now. Regardless of the level we still have another smaller wave 5 up likely coming next... which should start today or Friday and end by early next week is my best guess. Have a great day and may Tony Caldaro be in the presents of God in Heaven right now. Condolences to his family.