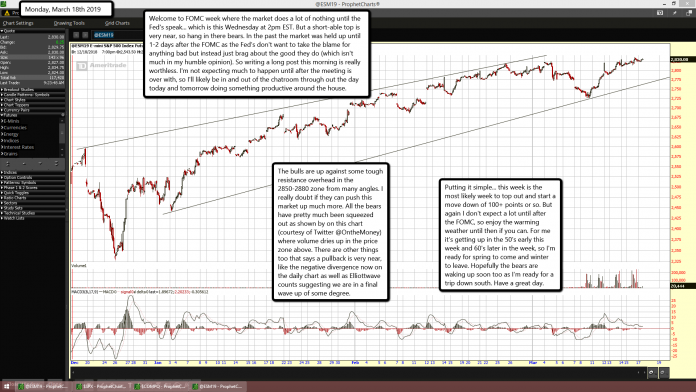 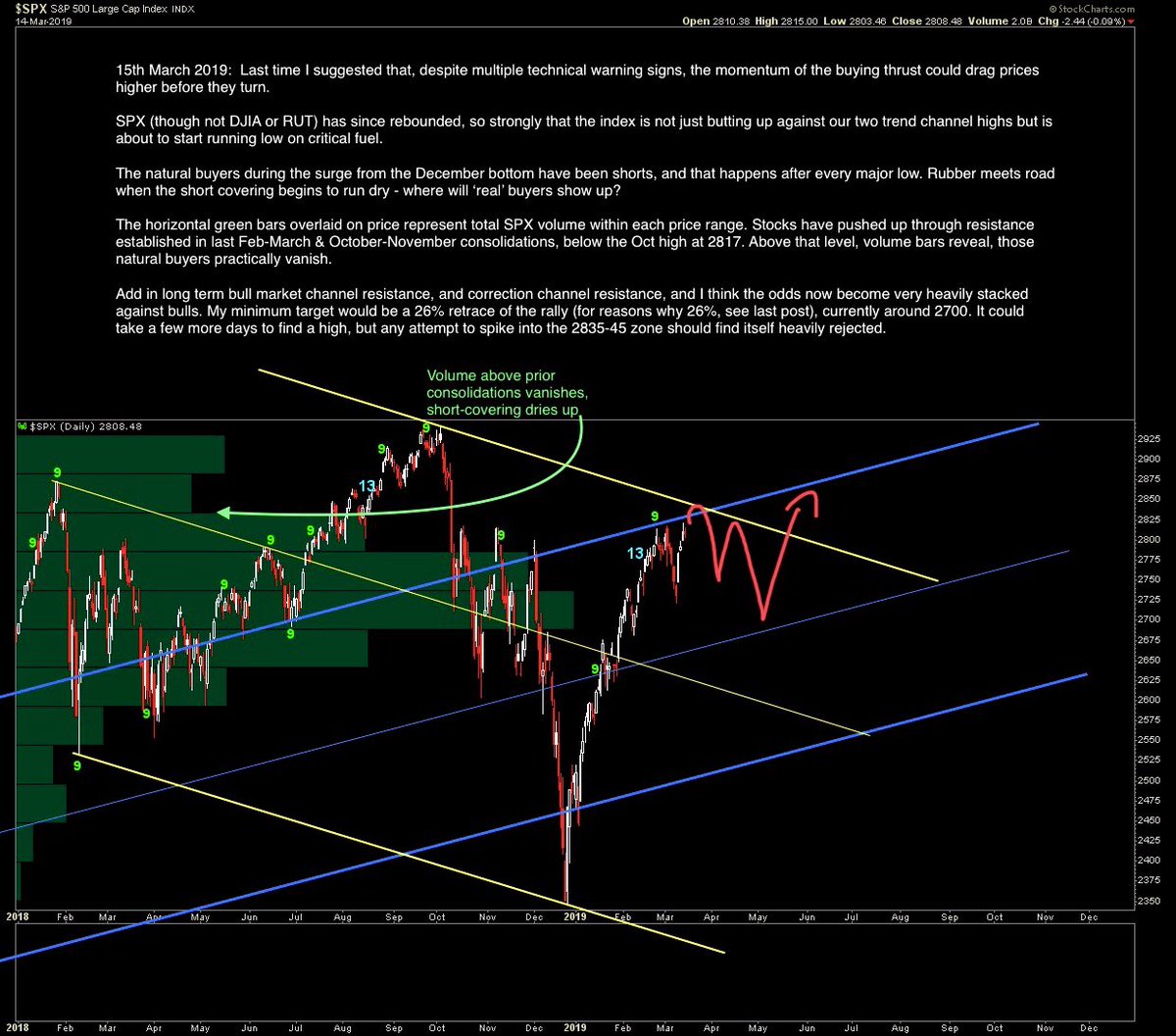 Welcome to FOMC week where the market does a lot of nothing until the Fed's speak... which is this Wednesday at 2pm EST. But a short-able top is very near, so hang in there bears. In the past the market was held up until 1-2 days after the FOMC as the Fed's don't want to take the blame for anything bad but instead just brag about the good they do (which isn't much in my humble opinion). So writing a long post this morning is really worthless. I'm not expecting much to happen until after the meeting is over with, so I'll likely be in and out of the chatroom through out the day today and tomorrow doing something productive around the house.

The bulls are up against some tough resistance overhead in the 2850-2880 zone from many angles. I really doubt if they can push this market up much more. All the bears have pretty much been squeezed out as shown by on this chart (courtesy of Twitter @OntheMoney) where volume dries up in the price zone above. There are other things too that says a pullback is very near, like the negative divergence now on the daily chart as well as Elliottwave counts suggesting we are in a final wave up of some degree.

Putting it simple... this week is the most likely week to top out and start a move down of 100+ points or so. But again I don't expect a lot until after the FOMC, so enjoy the warming weather until then if you can. For me it's getting up in the 50's early this week and 60's later in the week, so I'm ready for spring to come and winter to leave. Hopefully the bears are waking up soon too as I'm ready for a trip down south. Have a great day.