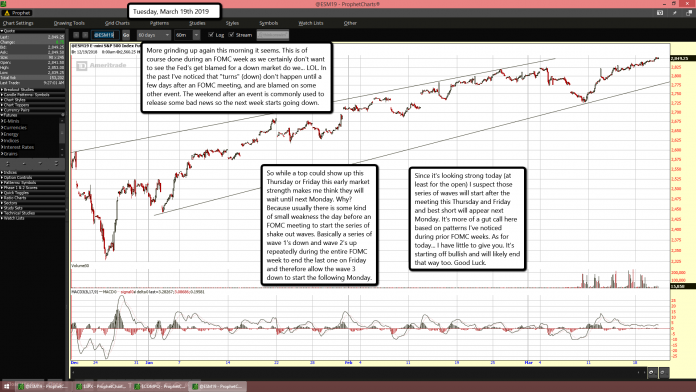 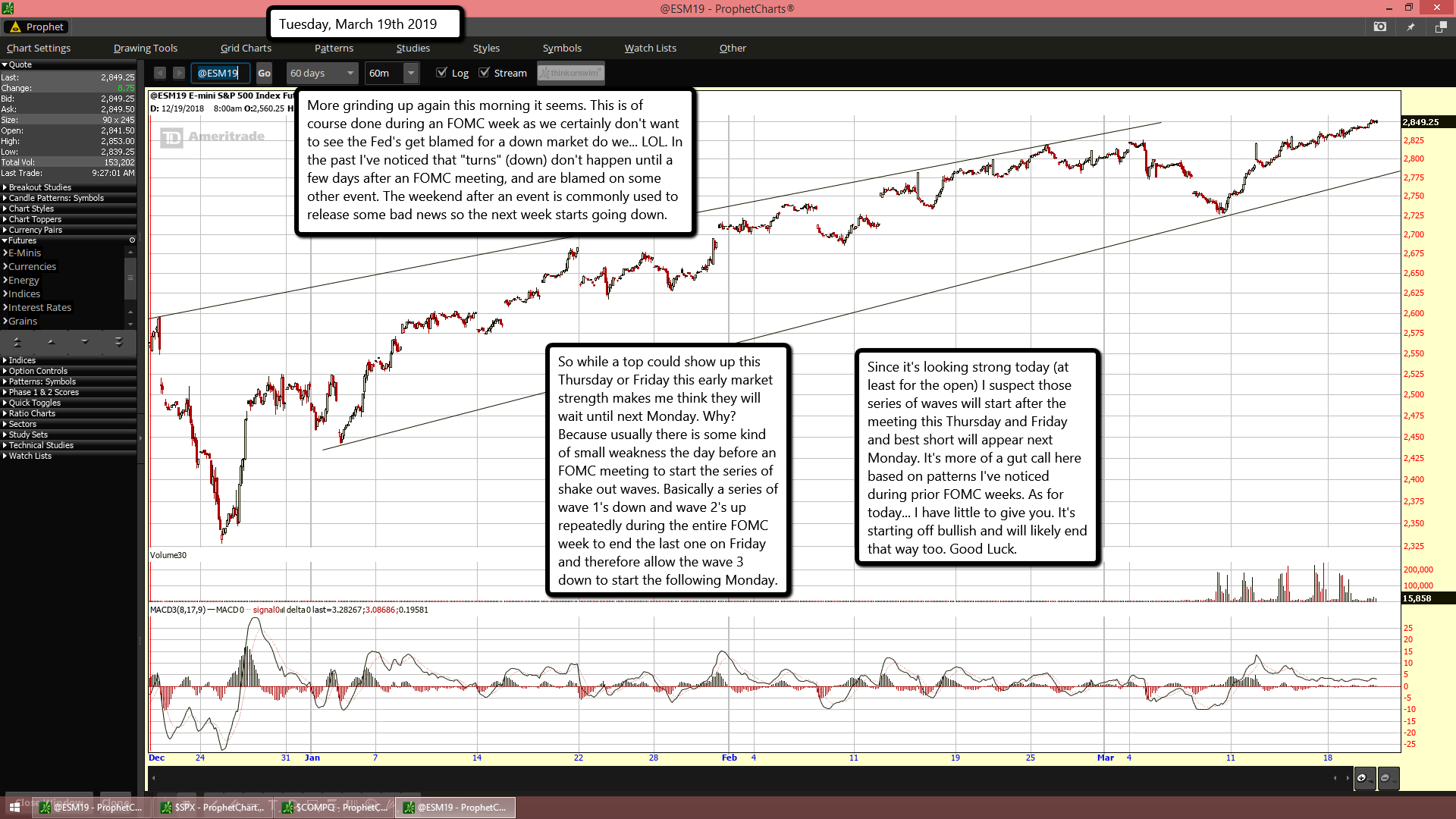 More grinding up again this morning it seems. This is of course done during an FOMC week as we certainly don't want to see the Fed's get blamed for a down market do we... LOL. In the past I've noticed that "turns" (down) don't happen until a few days after an FOMC meeting, and are blamed on some other event. The weekend after an event is commonly used to release some bad news so the next week starts going down.

So while a top could show up this Thursday or Friday this early market strength makes me think they will wait until next Monday. Why? Because usually there is some kind of small weakness the day before an FOMC meeting to start the series of shake out waves. Basically a series of wave 1's down and wave 2's up repeatedly during the entire FOMC week to end the last one on Friday and therefore allow the wave 3 down to start the following Monday.

Since it's looking strong today (at least for the open) I suspect those series of waves will start after the meeting this Thursday and Friday and best short will appear next Monday. It's more of a gut call here based on patterns I've noticed during prior FOMC weeks. As for today... I have little to give you. It's starting off bullish and will likely end that way too. Good Luck.