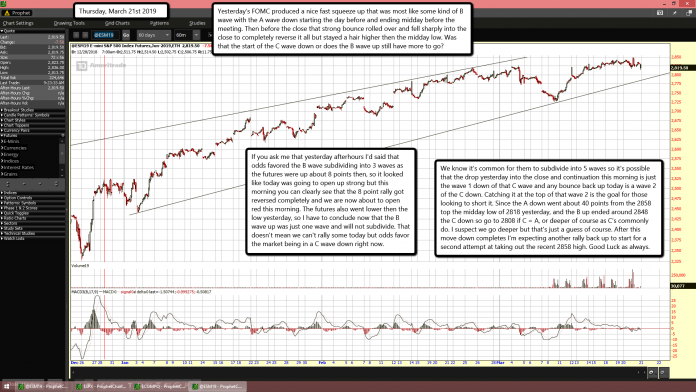 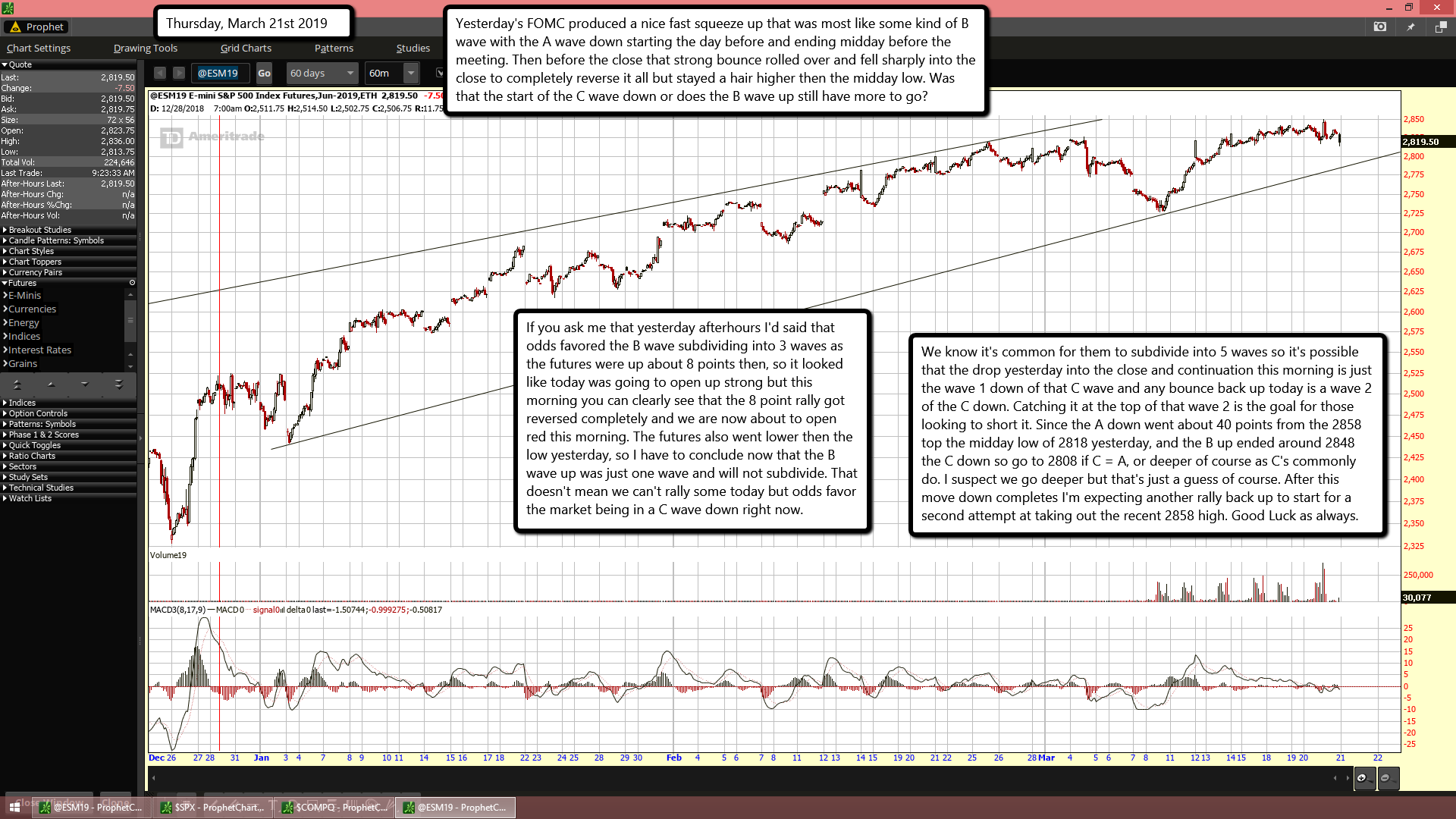 Yesterday's FOMC produced a nice fast squeeze up that was most like some kind of B wave with the A wave down starting the day before and ending midday before the meeting. Then before the close that strong bounce rolled over and fell sharply into the close to completely reverse it all but stayed a hair higher then the midday low. Was that the start of the C wave down or does the B wave up still have more to go?

If you ask me that yesterday afterhours I'd said that odds favored the B wave subdividing into 3 waves as the futures were up about 8 points then, so it looked like today was going to open up strong but this morning you can clearly see that the 8 point rally got reversed completely and we are now about to open red this morning. The futures also went lower then the low yesterday, so I have to conclude now that the B wave up was just one wave and will not subdivide. That doesn't mean we can't rally some today but odds favor the market being in a C wave down right now.

We know it's common for them to subdivide into 5 waves so it's possible that the drop yesterday into the close and continuation this morning is just the wave 1 down of that C wave and any bounce back up today is a wave 2 of the C down. Catching it at the top of that wave 2 is the goal for those looking to short it. Since the A down went about 40 points from the 2858 top the midday low of 2818 yesterday, and the B up ended around 2848 the C down so go to 2808 if C = A, or deeper of course as C's commonly do. I suspect we go deeper but that's just a guess of course. After this move down completes I'm expecting another rally back up to start for a second attempt at taking out the recent 2858 high. Good Luck as always.