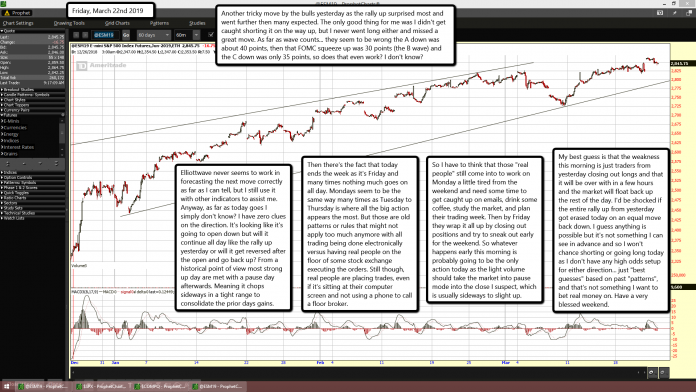 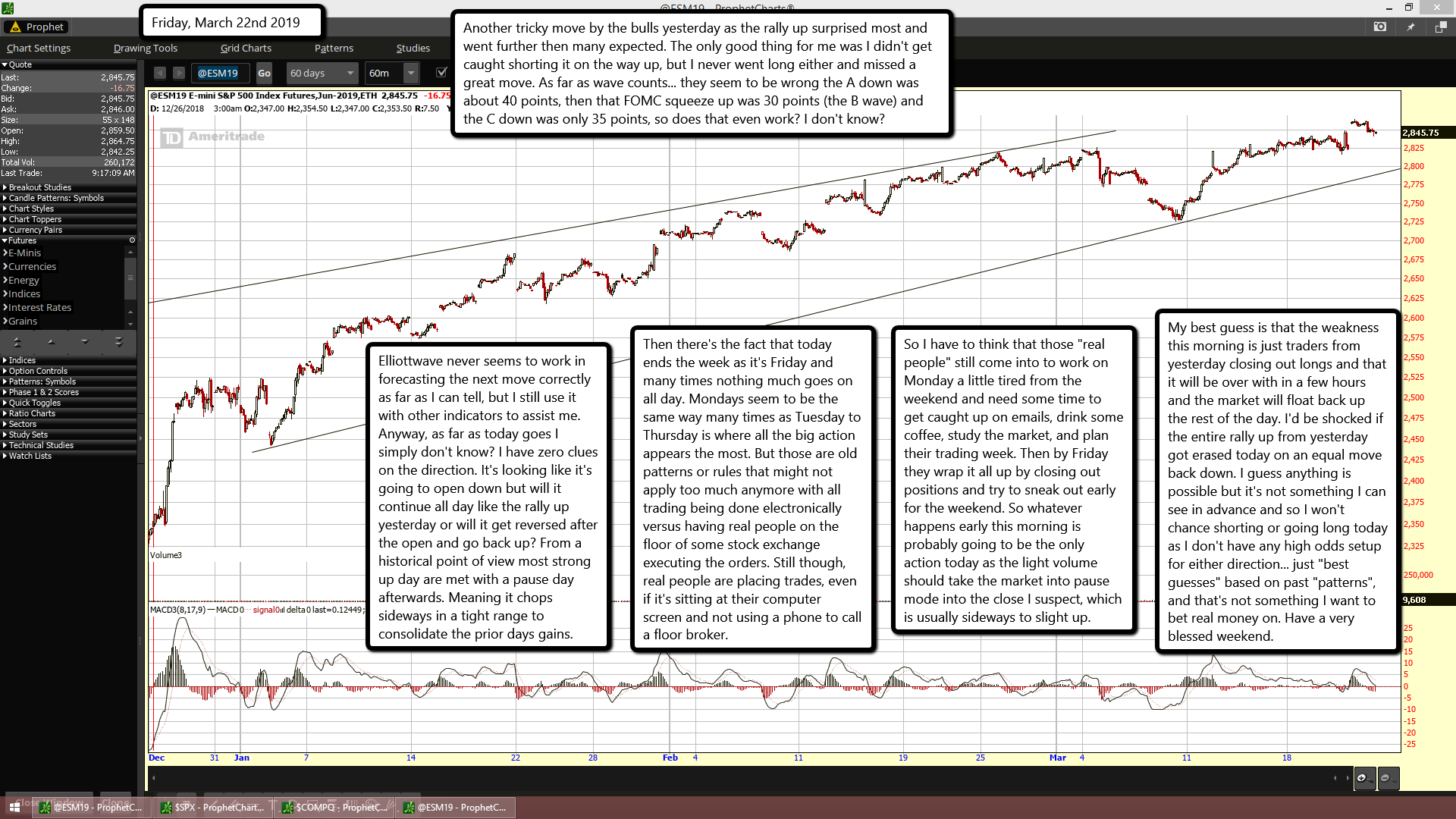 Another tricky move by the bulls yesterday as the rally up surprised most and went further then many expected. The only good thing for me was I didn't get caught shorting it on the way up, but I never went long either and missed a great move. As far as wave counts... they seem to be wrong the A down was about 40 points, then that FOMC squeeze up was 30 points (the B wave) and the C down was only 35 points, so does that even work? I don't know?

Elliottwave never seems to work in forecasting the next move correctly as far as I can tell, but I still use it with other indicators to assist me. Anyway, as far as today goes I simply don't know? I have zero clues on the direction. It's looking like it's going to open down but will it continue all day like the rally up yesterday or will it get reversed after the open and go back up? From a historical point of view most strong up day are met with a pause day afterwards. Meaning it chops sideways in a tight range to consolidate the prior days gains.

Then there's the fact that today ends the week as it's Friday and many times nothing much goes on all day. Mondays seem to be the same way many times as Tuesday to Thursday is where all the big action appears the most. But those are old patterns or rules that might not apply too much anymore with all trading being done electronically versus having real people on the floor of some stock exchange executing the orders. Still though, real people are placing trades, even if it's sitting at their computer screen and not using a phone to call a floor broker.

So I have to think that those "real people" still come into to work on Monday a little tired from the weekend and need some time to get caught up on emails, drink some coffee, study the market, and plan their trading week. Then by Friday they wrap it all up by closing out positions and try to sneak out early for the weekend. So whatever happens early this morning is probably going to be the only action today as the light volume should take the market into pause mode into the close I suspect, which is usually sideways to slight up.

My best guess is that the weakness this morning is just traders from yesterday closing out longs and that it will be over with in a few hours and the market will float back up the rest of the day. I'd be shocked if the entire rally up from yesterday got erased today on an equal move back down. I guess anything is possible but it's not something I can see in advance and so I won't chance shorting or going long today as I don't have any high odds setup for either direction... just "best guesses" based on past "patterns", and that's not something I want to bet real money on. Have a very blessed weekend.