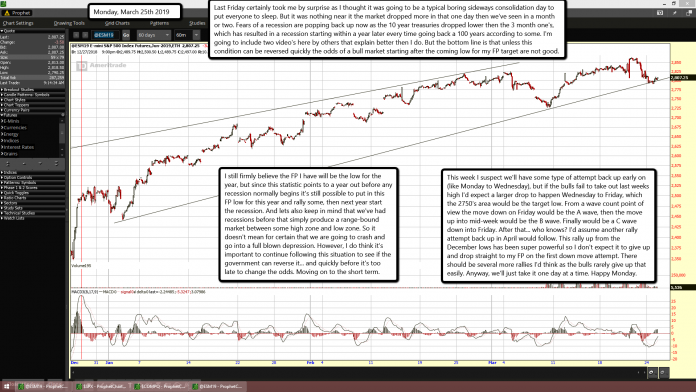 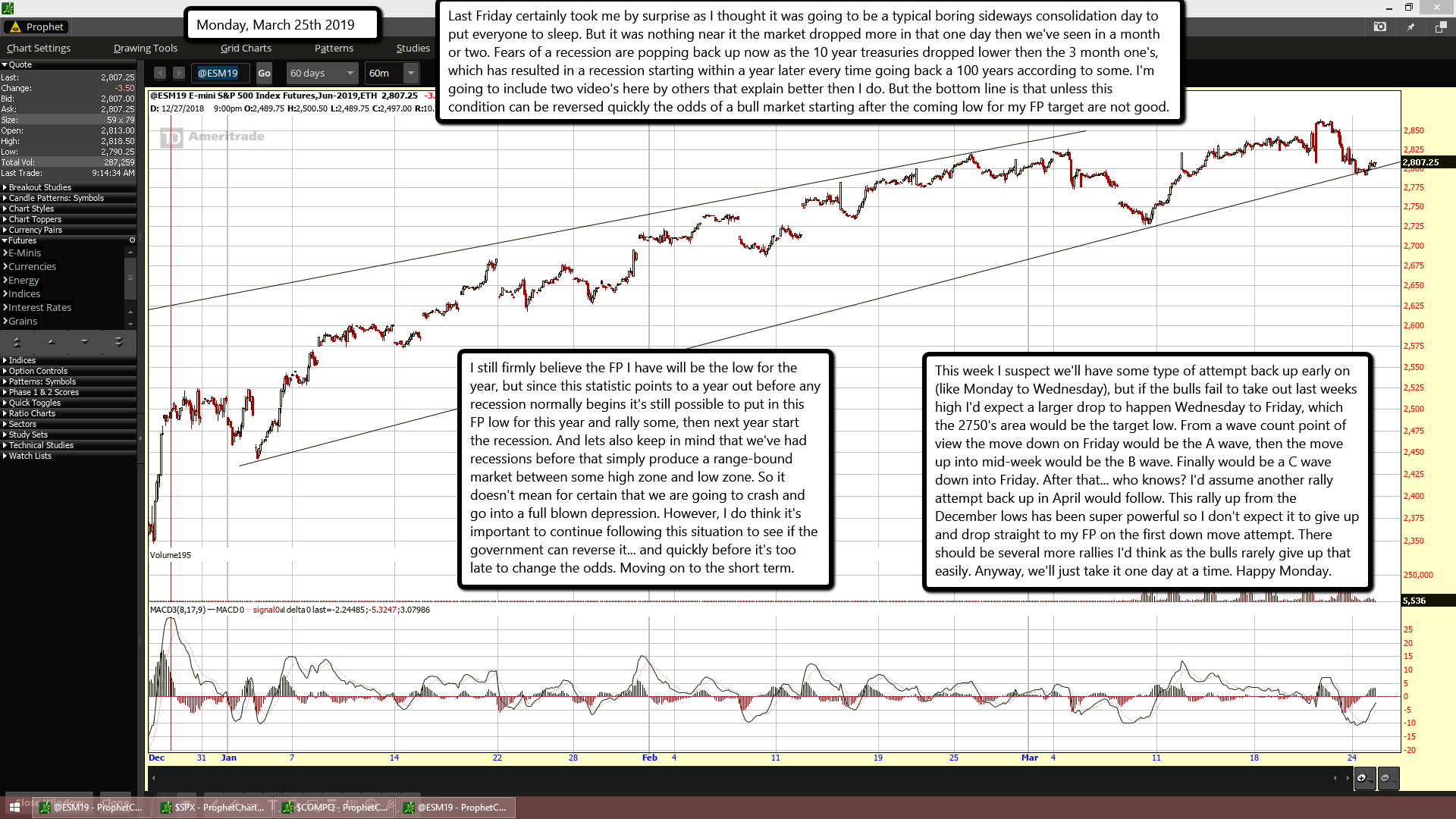 Last Friday certainly took me by surprise as I thought it was going to be a typical boring sideways consolidation day to put everyone to sleep. But it was nothing near it the market dropped more in that one day then we've seen in a month or two. Fears of a recession are popping back up now as the 10 year treasuries dropped lower then the 3 month one's, which has resulted in a recession starting within a year later every time going back a 100 years according to some. I'm going to include two video's here by others that explain better then I do. But the bottom line is that unless this condition can be reversed quickly the odds of a bull market starting after the coming low for my FP target are not good.

I still firmly believe the FP I have will be the low for the year, but since this statistic points to a year out before any recession normally begins it's still possible to put in this FP low for this year and rally some, then next year start the recession. And lets also keep in mind that we've had recessions before that simply produce a range-bound market between some high zone and low zone. So it doesn't mean for certain that we are going to crash and go into a full blown depression. However, I do think it's important to continue following this situation to see if the government can reverse it... and quickly before it's too late to change the odds. Moving on to the short term.

This week I suspect we'll have some type of attempt back up early on (like Monday to Wednesday), but if the bulls fail to take out last weeks high I'd expect a larger drop to happen Wednesday to Friday, which the 2750's area would be the target low. From a wave count point of view the move down on Friday would be the A wave, then the move up into mid-week would be the B wave. Finally would be a C wave down into Friday. After that... who knows? I'd assume another rally attempt back up in April would follow. This rally up from the December lows has been super powerful so I don't expect it to give up and drop straight to my FP on the first down move attempt. There should be several more rallies I'd think as the bulls rarely give up that easily. Anyway, we'll just take it one day at a time. Happy Monday.