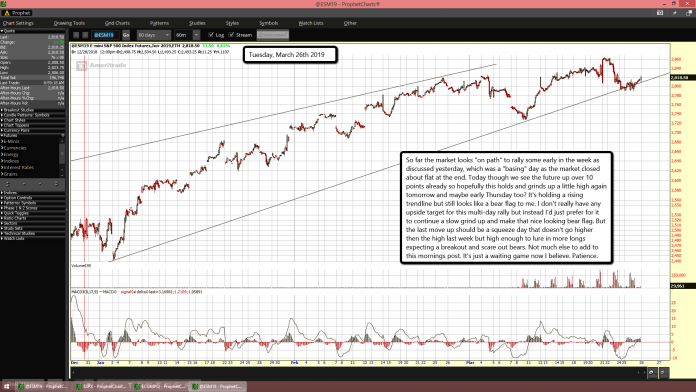 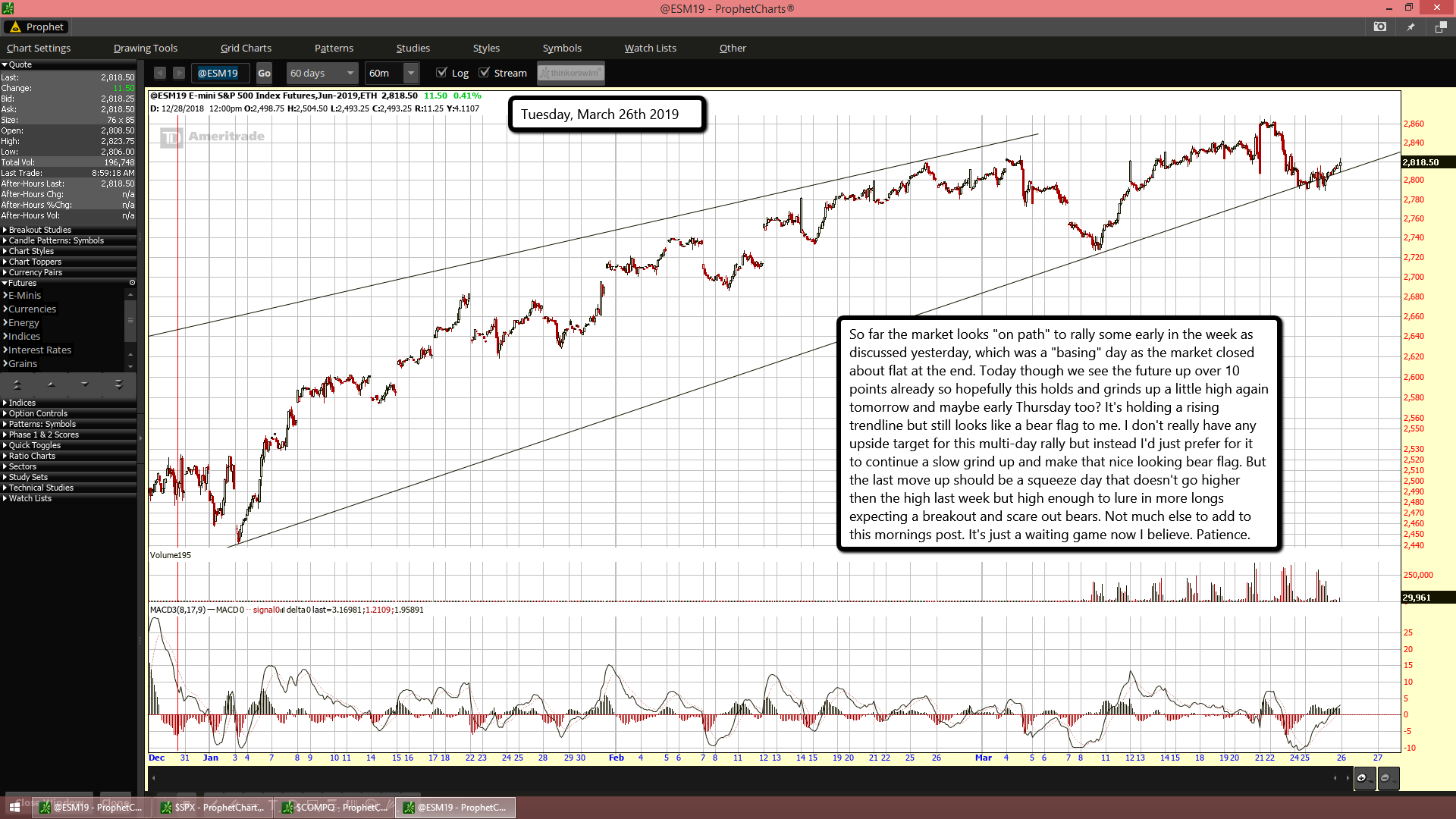 So far the market looks "on path" to rally some early in the week as discussed yesterday, which was a "basing" day as the market closed about flat at the end. Today though we see the future up over 10 points already so hopefully this holds and grinds up a little high again tomorrow and maybe early Thursday too? It's holding a rising trendline but still looks like a bear flag to me. I don't really have any upside target for this multi-day rally but instead I'd just prefer for it to continue a slow grind up and make that nice looking bear flag. But the last move up should be a squeeze day that doesn't go higher then the high last week but high enough to lure in more longs expecting a breakout and scare out bears. Not much else to add to this mornings post. It's just a waiting game now I believe. Patience.