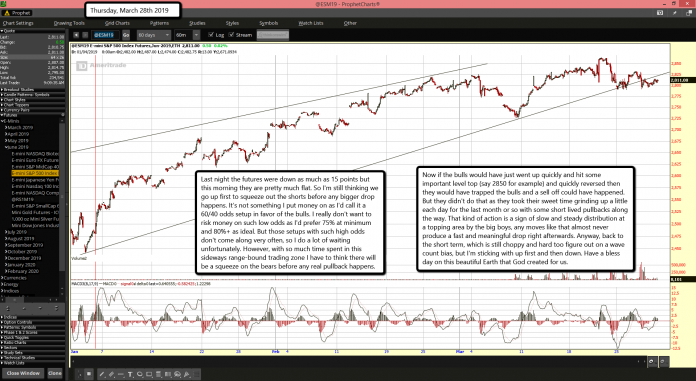 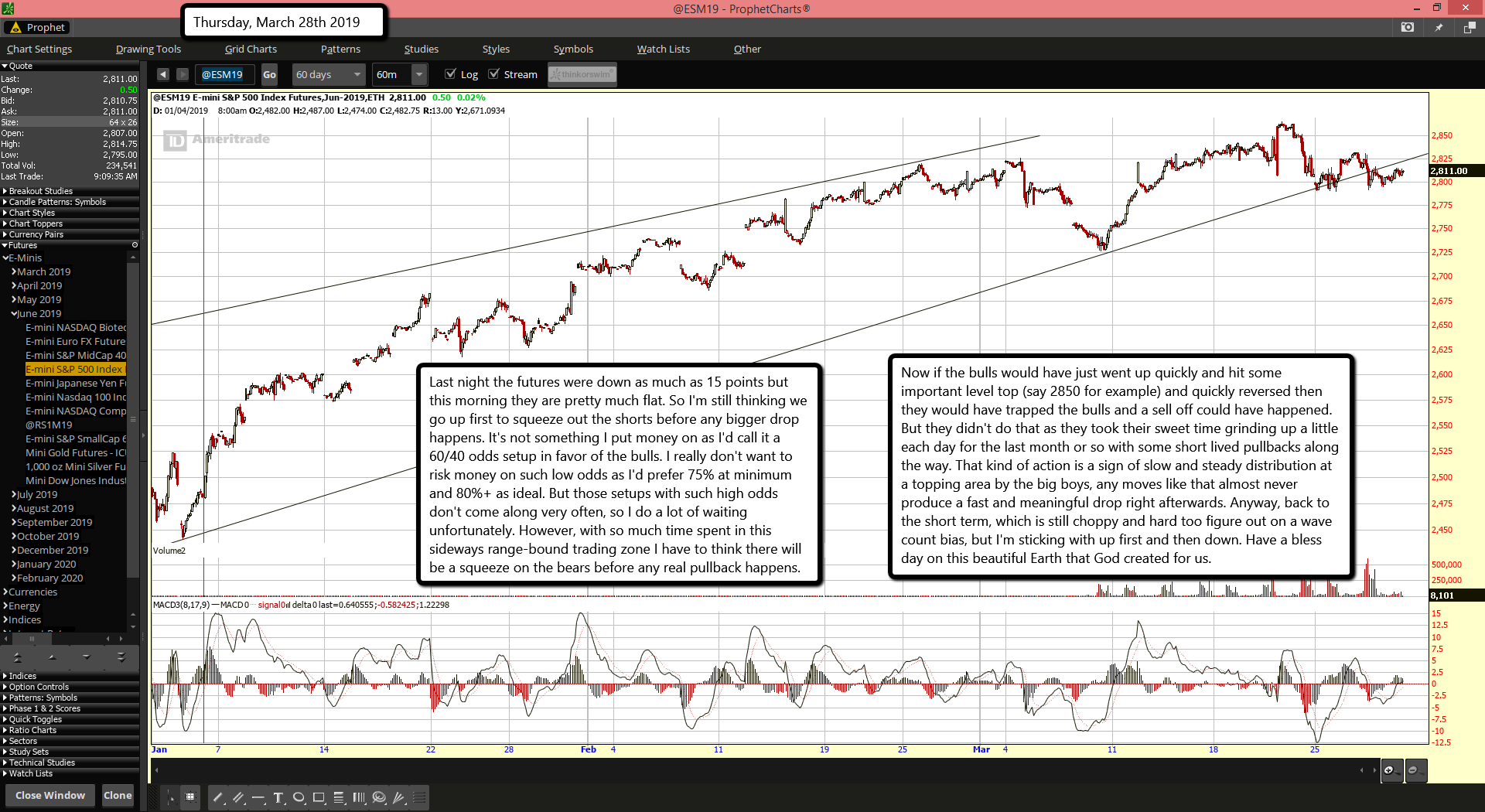 Last night the futures were down as much as 15 points but this morning they are pretty much flat. So I'm still thinking we go up first to squeeze out the shorts before any bigger drop happens. It's not something I put money on as I'd call it a 60/40 odds setup in favor of the bulls. I really don't want to risk money on such low odds as I'd prefer 75% at minimum and 80%+ as ideal. But those setups with such high odds don't come along very often, so I do a lot of waiting unfortunately. However, with so much time spent in this sideways range-bound trading zone I have to think there will be a squeeze on the bears before any real pullback happens.

Now if the bulls would have just went up quickly and hit some important level top (say 2850 for example) and quickly reversed then they would have trapped the bulls and a sell off could have happened. But they didn't do that as they took their sweet time grinding up a little each day for the last month or so with some short lived pullbacks along the way. That kind of action is a sign of slow and steady distribution at a topping area by the big boys, any moves like that almost never produce a fast and meaningful drop right afterwards. Anyway, back to the short term, which is still choppy and hard too figure out on a wave count bias, but I'm sticking with up first and then down. Have a bless day on this beautiful Earth that God created for us.