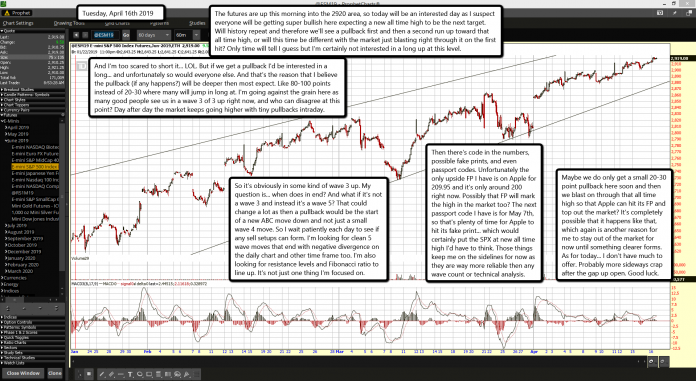 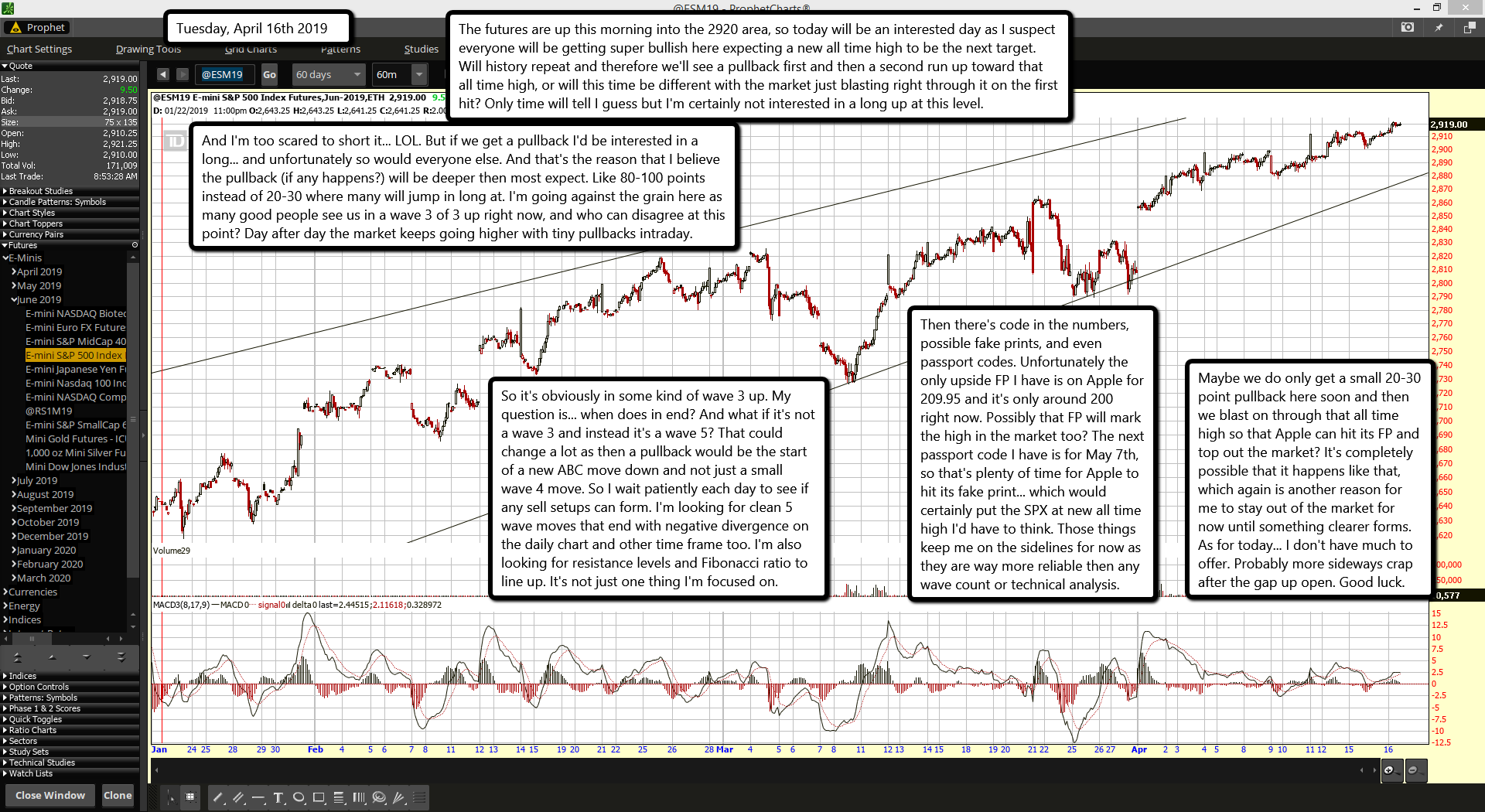 The futures are up this morning into the 2920 area, so today will be an interested day as I suspect everyone will be getting super bullish here expecting a new all time high to be the next target. Will history repeat and therefore we'll see a pullback first and then a second run up toward that all time high, or will this time be different with the market just blasting right through it on the first hit? Only time will tell I guess but I'm certainly not interested in a long up at this level.

And I'm too scared to short it... LOL. But if we get a pullback I'd be interested in a long... and unfortunately so would everyone else. And that's the reason that I believe the pullback (if any happens?) will be deeper then most expect. Like 80-100 points instead of 20-30 where many will jump in long at. I'm going against the grain here as many good people see us in a wave 3 of 3 up right now, and who can disagree at this point? Day after day the market keeps going higher with tiny pullbacks intraday.

So it's obviously in some kind of wave 3 up. My question is... when does in end? And what if it's not a wave 3 and instead it's a wave 5? That could change a lot as then a pullback would be the start of a new ABC move down and not just a small wave 4 move. So I wait patiently each day to see if any sell setups can form. I'm looking for clean 5 wave moves that end with negative divergence on the daily chart and other time frame too. I'm also looking for resistance levels and Fibonacci ratio to line up. It's not just one thing I'm focused on.

Then there's code in the numbers, possible fake prints, and even passport codes. Unfortunately the only upside FP I have is on Apple for 209.95 and it's only around 200 right now. Possibly that FP will mark the high in the market too? The next passport code I have is for May 7th, so that's plenty of time for Apple to hit its fake print... which would certainly put the SPX at new all time high I'd have to think. Those things keep me on the sidelines for now as they are way more reliable then any wave count or technical analysis.

Maybe we do only get a small 20-30 point pullback here soon and then we blast on through that all time high so that Apple can hit its FP and top out the market? It's completely possible that it happens like that, which again is another reason for me to stay out of the market for now until something clearer forms. As for today... I don't have much to offer. Probably more sideways crap after the gap up open. Good luck.