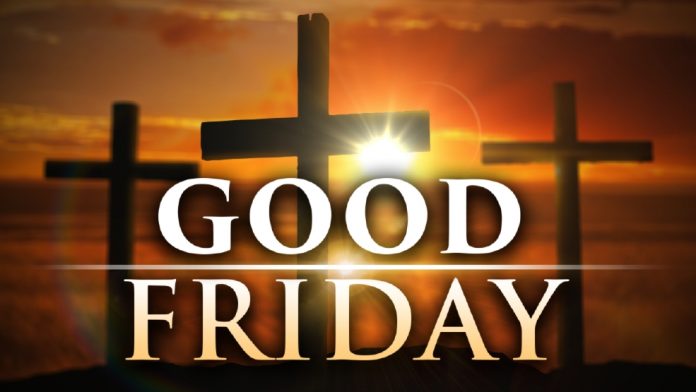 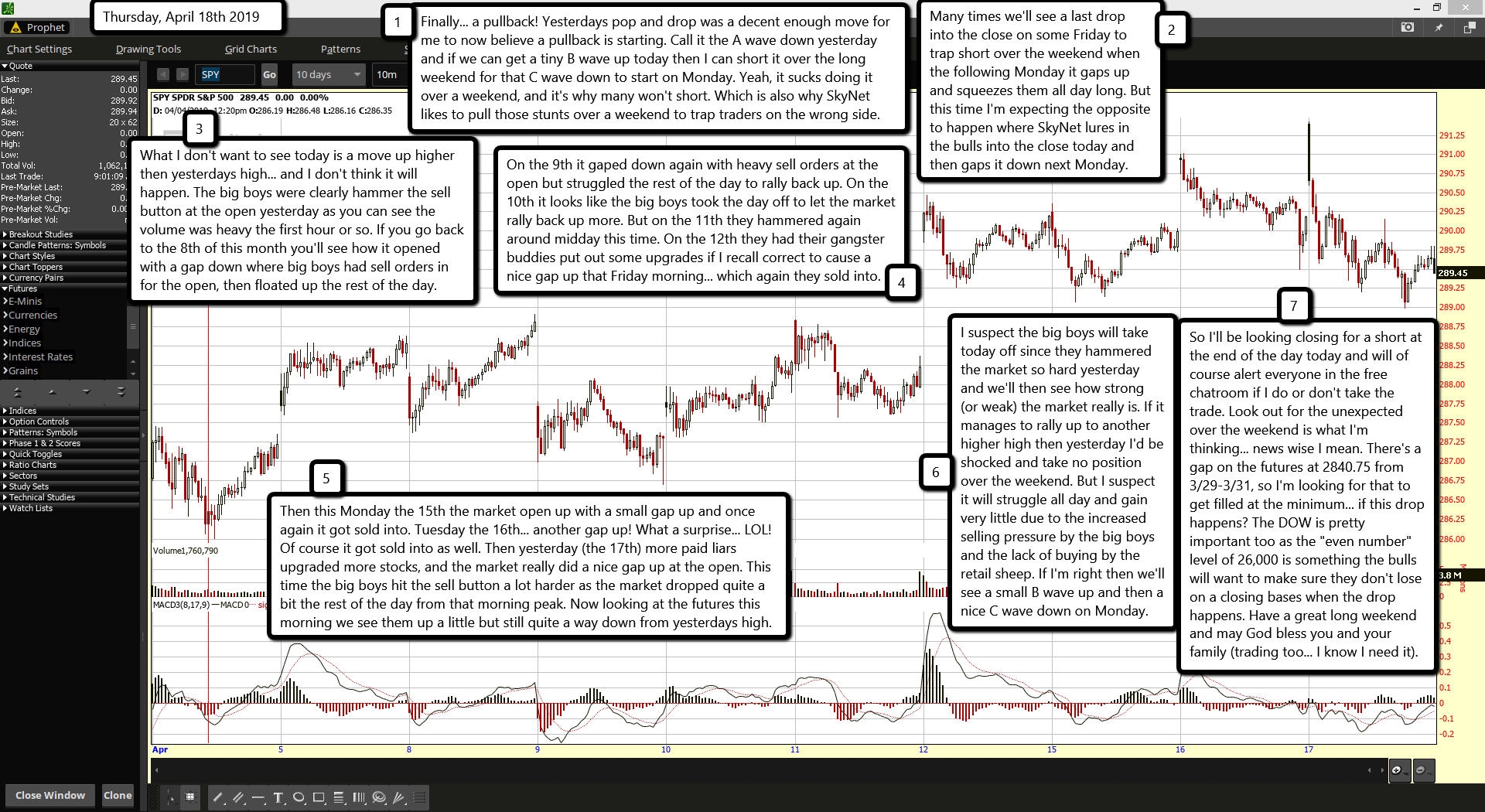 Finally... a pullback! Yesterdays pop and drop was a decent enough move for me to now believe a pullback is starting. Call it the A wave down yesterday and if we can get a tiny B wave up today then I can short it over the long weekend for that C wave down to start on Monday. Yeah, it sucks doing it over a weekend, and it's why many won't short. Which is also why SkyNet likes to pull those stunts over a weekend to trap traders on the wrong side.

Many times we'll see a last drop into the close on some Friday to trap short over the weekend when the following Monday it gaps up and squeezes them all day long. But this time I'm expecting the opposite to happen where SkyNet lures in the bulls into the close today and then gaps it down next Monday.

What I don't want to see today is a move up higher then yesterdays high... and I don't think it will happen. The big boys were clearly hammer the sell button at the open yesterday as you can see the volume was heavy the first hour or so. If you go back to the 8th of this month you'll see how it opened with a gap down where big boys had sell orders in for the open, then floated up the rest of the day.

On the 9th it gaped down again with heavy sell orders at the open but struggled the rest of the day to rally back up. On the 10th it looks like the big boys took the day off to let the market rally back up more. But on the 11th they hammered again around midday this time. On the 12th they had their gangster buddies put out some upgrades if I recall correct to cause a nice gap up that Friday morning... which again they sold into.

Then this Monday the 15th the market open up with a small gap up and once again it got sold into. Tuesday the 16th... another gap up! What a surprise... LOL! Of course it got sold into as well. Then yesterday (the 17th) more paid liars upgraded more stocks, and the market really did a nice gap up at the open. This time the big boys hit the sell button a lot harder as the market dropped quite a bit the rest of the day from that morning peak. Now looking at the futures this morning we see them up a little but still quite a way down from yesterdays high.

I suspect the big boys will take today off since they hammered the market so hard yesterday and we'll then see how strong (or weak) the market really is. If it manages to rally up to another higher high then yesterday I'd be shocked and take no position over the weekend. But I suspect it will struggle all day and gain very little due to the increased selling pressure by the big boys and the lack of buying by the retail sheep. If I'm right then we'll see a small B wave up and then a nice C wave down on Monday.

So I'll be looking closing for a short at the end of the day today and will of course alert everyone in the free chatroom if I do or don't take the trade. Look out for the unexpected over the weekend is what I'm thinking... news wise I mean. There's a gap on the futures at 2840.75 from 3/29-3/31, so I'm looking for that to get filled at the minimum... if this drop happens? The DOW is pretty important too as the "even number" level of 26,000 is something the bulls will want to make sure they don't lose on a closing bases when the drop happens. Have a great long weekend and may God bless you and your family (trading too... I know I need it).