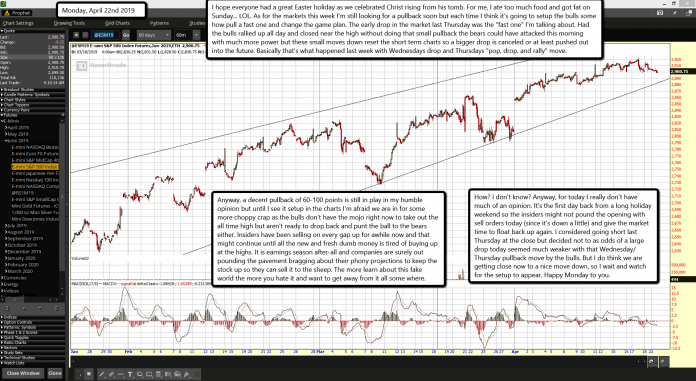 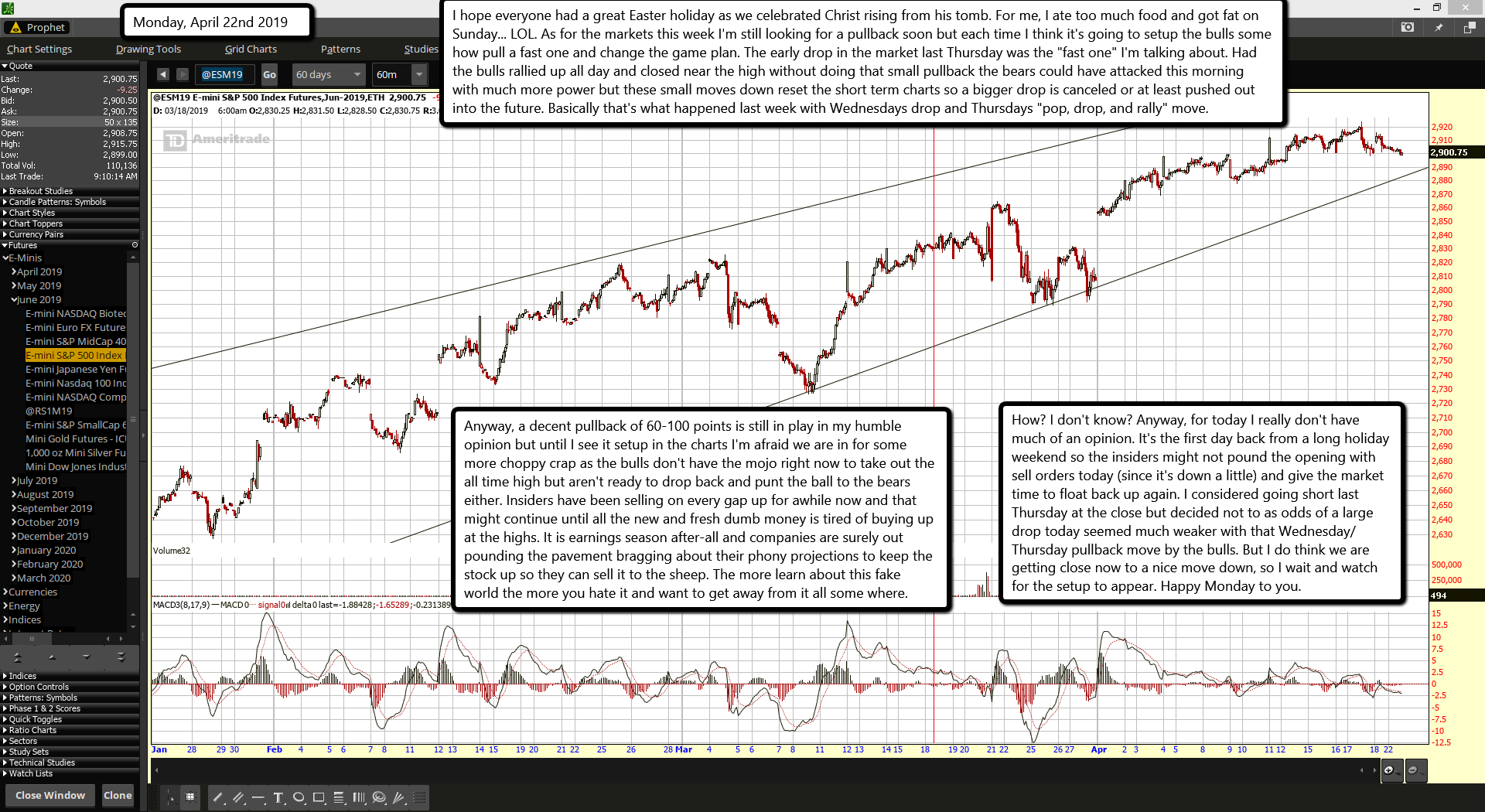 I hope everyone had a great Easter holiday as we celebrated Christ rising from his tomb. For me, I ate too much food and got fat on Sunday... LOL. As for the markets this week I'm still looking for a pullback soon but each time I think it's going to setup the bulls some how pull a fast one and change the game plan. The early drop in the market last Thursday was the "fast one" I'm talking about. Had the bulls rallied up all day and closed near the high without doing that small pullback the bears could have attacked this morning with much more power but these small moves down reset the short term charts so a bigger drop is canceled or at least pushed out into the future. Basically that's what happened last week with Wednesdays drop and Thursdays "pop, drop, and rally" move.

Anyway, a decent pullback of 60-100 points is still in play in my humble opinion but until I see it setup in the charts I'm afraid we are in for some more choppy crap as the bulls don't have the mojo right now to take out the all time high but aren't ready to drop back and punt the ball to the bears either. Insiders have been selling on every gap up for awhile now and that might continue until all the new and fresh dumb money is tired of buying up at the highs. It is earnings season after-all and companies are surely out pounding the pavement bragging about their phony projections to keep the stock up so they can sell it to the sheep. The more learn about this fake world the more you hate it and want to get away from it all some where.

How? I don't know? Anyway, for today I really don't have much of an opinion. It's the first day back from a long holiday weekend so the insiders might not pound the opening with sell orders today (since it's down a little) and give the market time to float back up again. I considered going short last Thursday at the close but decided not to as odds of a large drop today seemed much weaker with that Wednesday/Thursday pullback move by the bulls. But I do think we are getting close now to a nice move down, so I wait and watch for the setup to appear. Happy Monday to you.