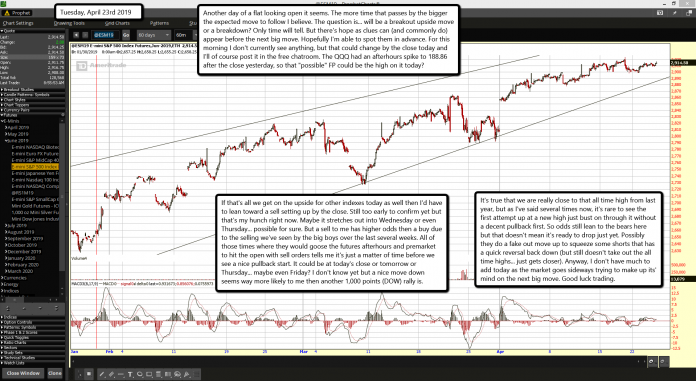 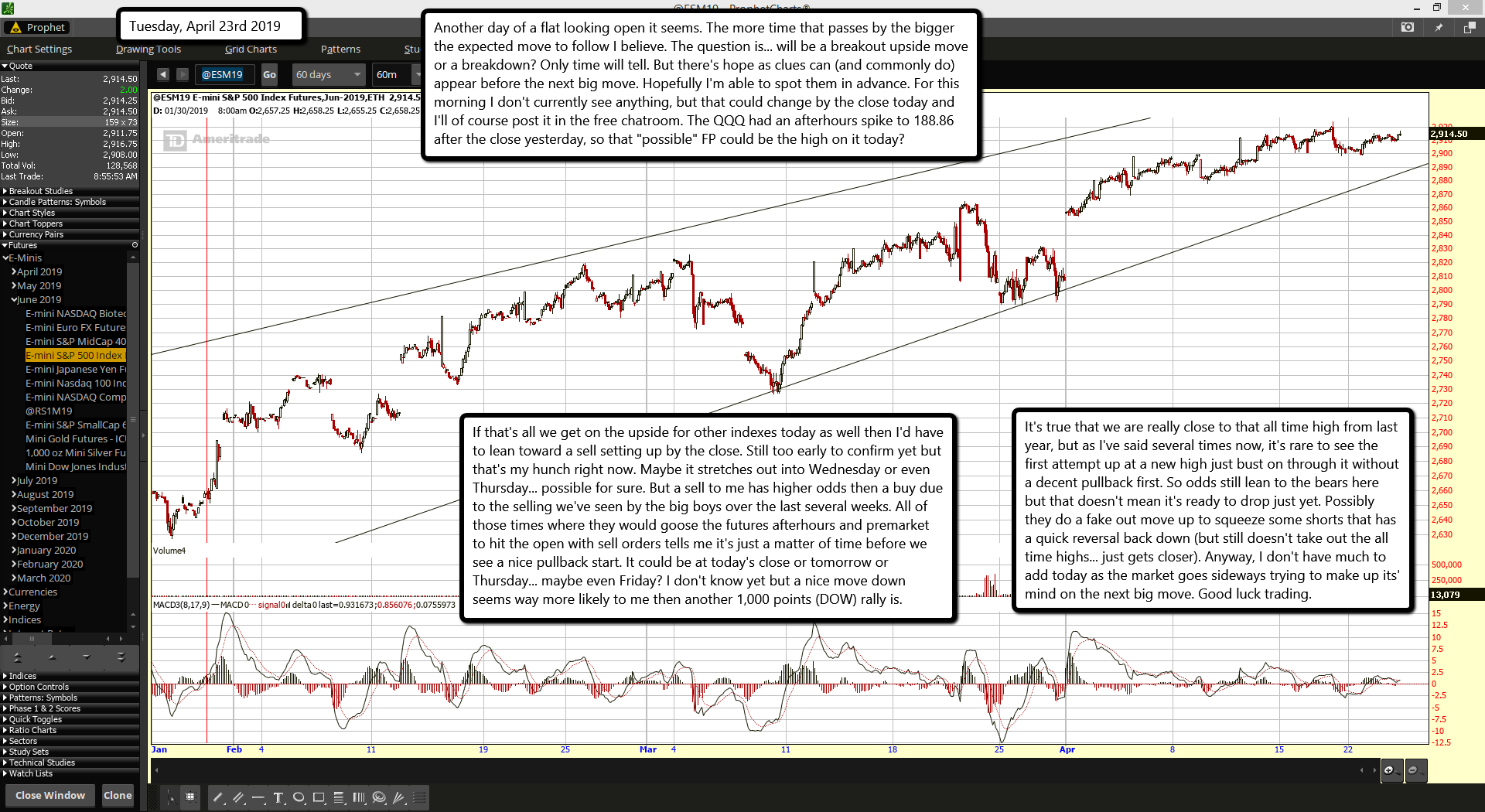 Another day of a flat looking open it seems. The more time that passes by the bigger the expected move to follow I believe. The question is... will be a breakout upside move or a breakdown? Only time will tell. But there's hope as clues can (and commonly do) appear before the next big move. Hopefully I'm able to spot them in advance. For this morning I don't currently see anything, but that could change by the close today and I'll of course post it in the free chatroom. The QQQ had an afterhours spike to 188.86 after the close yesterday, so that "possible" FP could be the high on it today?

If that's all we get on the upside for other indexes today as well then I'd have to lean toward a sell setting up by the close. Still too early to confirm yet but that's my hunch right now. Maybe it stretches out into Wednesday or even Thursday... possible for sure. But a sell to me has higher odds then a buy due to the selling we've seen by the big boys over the last several weeks. All of those times where they would goose the futures afterhours and premarket to hit the open with sell orders tells me it's just a matter of time before we see a nice pullback start. It could be at today's close or tomorrow or Thursday... maybe even Friday? I don't know yet but a nice move down seems way more likely to me then another 1,000 points (DOW) rally is.

It's true that we are really close to that all time high from last year, but as I've said several times now, it's rare to see the first attempt up at a new high just bust on through it without a decent pullback first. So odds still lean to the bears here but that doesn't mean it's ready to drop just yet. Possibly they do a fake out move up to squeeze some shorts that has a quick reversal back down (but still doesn't take out the all time highs... just gets closer). Anyway, I don't have much to add today as the market goes sideways trying to make up its' mind on the next big move. Good luck trading.