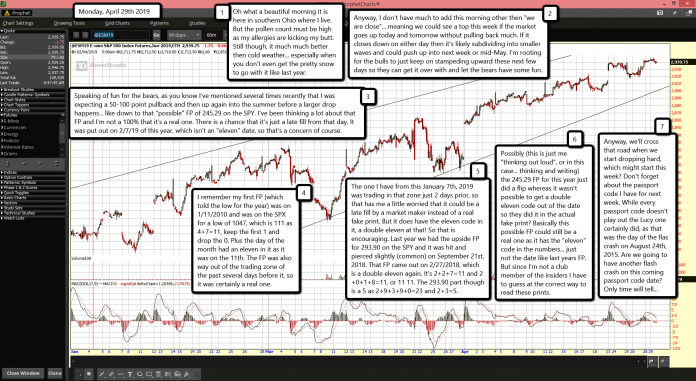 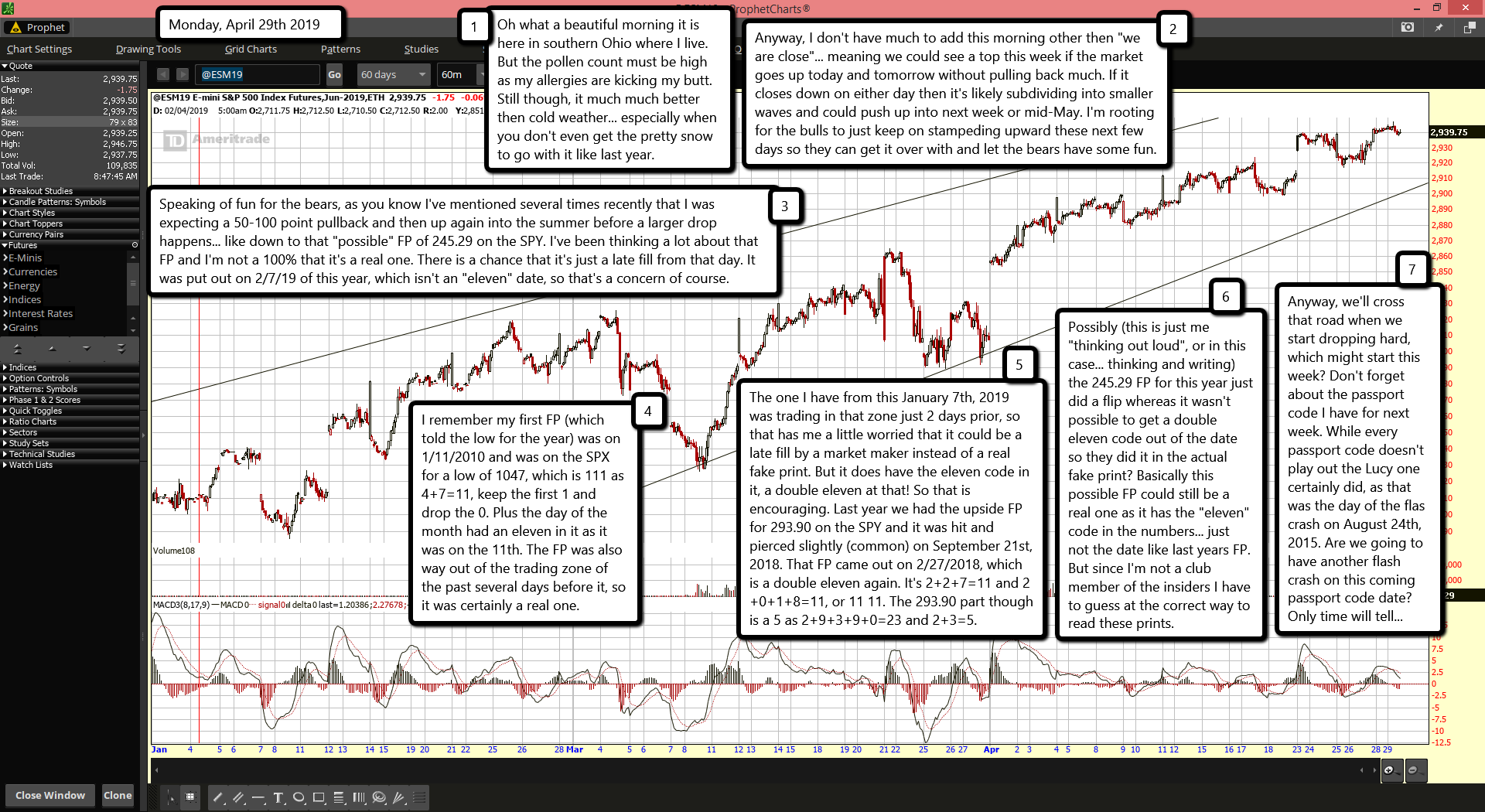 Oh what a beautiful morning it is here in southern Ohio where I live. But the pollen count must be high as my allergies are kicking my butt. Still though, it much much better then cold weather... especially when you don't even get the pretty snow to go with it like last year.

Anyway, I don't have much to add this morning other then "we are close"... meaning we could see a top this week if the market goes up today and tomorrow without pulling back much. If it closes down on either day then it's likely subdividing into smaller waves and could push up into next week or mid-May. I'm rooting for the bulls to just keep on stampeding upward these next few days so they can get it over with and let the bears have some fun.

Speaking of fun for the bears, as you know I've mentioned several times recently that I was expecting a 50-100 point pullback and then up again into the summer before a larger drop happens... like down to that "possible" FP of 245.29 on the SPY. I've been thinking a lot about that FP and I'm not a 100% that it's a real one. There is a chance that it's just a late fill from that day. It was put out on 2/7/19 of this year, which isn't an "eleven" date, so that's a concern of course.

Possibly (this is just me "thinking out loud", or in this case... thinking and writing) the 245.29 FP for this year just did a flip whereas it wasn't possible to get a double eleven code out of the date so they did it in the actual fake print? Basically this possible FP could still be a real one as it has the "eleven" code in the numbers... just not the date like last years FP. But since I'm not a club member of the insiders I have to guess at the correct way to read these prints.

Anyway, we'll cross that road when we start dropping hard, which might start this week? Don't forget about the passport code I have for next week. While every passport code doesn't play out the Lucy one certainly did, as that was the day of the flas crash on August 24th, 2015. Are we going to have another flash crash on this coming passport code date? Only time will tell...