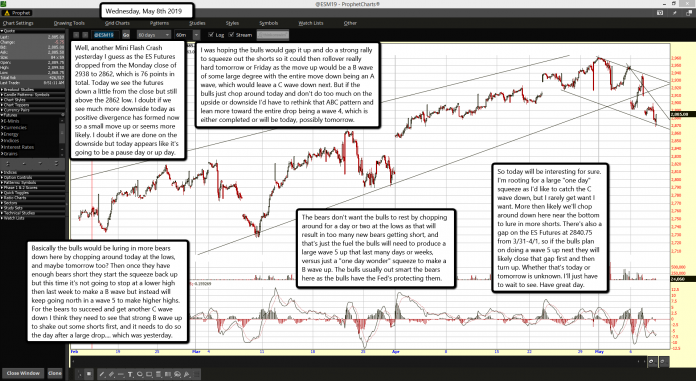 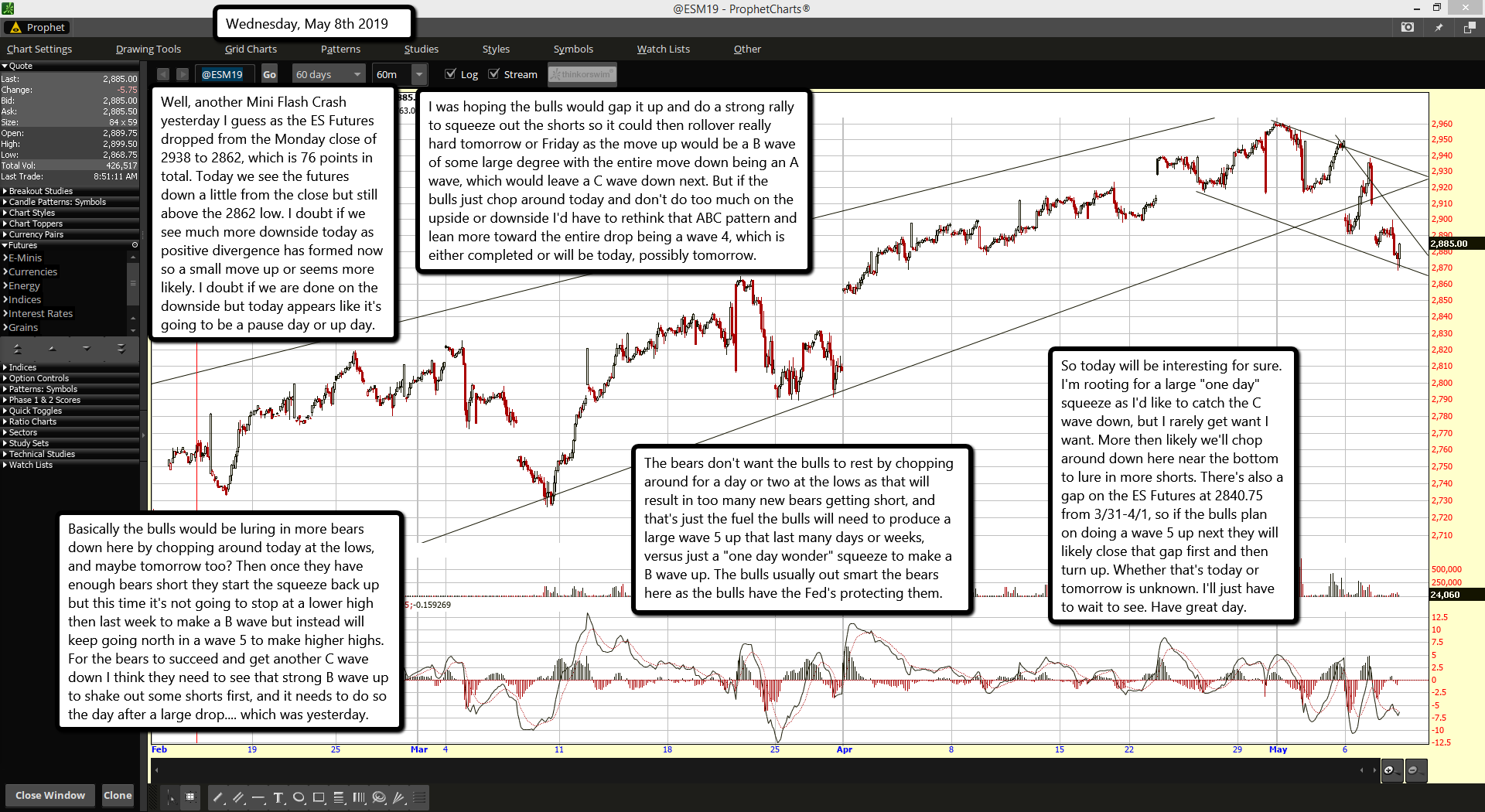 Well, another Mini Flash Crash yesterday I guess as the ES Futures dropped from the Monday close of 2938 to 2862, which is 76 points in total. Today we see the futures down a little from the close but still above the 2862 low. I doubt if we see much more downside today as positive divergence has formed now so a small move up or seems more likely. I doubt if we are done on the downside but today appears like it's going to be a pause day or up day.

I was hoping the bulls would gap it up and do a strong rally to squeeze out the shorts so it could then rollover really hard tomorrow or Friday as the move up would be a B wave of some large degree with the entire move down being an A wave, which would leave a C wave down next. But if the bulls just chop around today and don't do too much on the upside or downside I'd have to rethink that ABC pattern and lean more toward the entire drop being a wave 4, which is either completed or will be today, possibly tomorrow.

Basically the bulls would be luring in more bears down here by chopping around today at the lows, and maybe tomorrow too? Then once they have enough bears short they start the squeeze back up but this time it's not going to stop at a lower high then last week to make a B wave but instead will keep going north in a wave 5 to make higher highs. For the bears to succeed and get another C wave down I think they need to see that strong B wave up to shake out some shorts first, and it needs to do so the day after a large drop.... which was yesterday.

The bears don't want the bulls to rest by chopping around for a day or two at the lows as that will result in too many new bears getting short, and that's just the fuel the bulls will need to produce a large wave 5 up that last many days or weeks, versus just a "one day wonder" squeeze to make a B wave up. The bulls usually out smart the bears here as the bulls have the Fed's protecting them.

So today will be interesting for sure. I'm rooting for a large "one day" squeeze as I'd like to catch the C wave down, but I rarely get want I want. More then likely we'll chop around down here near the bottom to lure in more shorts. There's also a gap on the ES Futures at 2840.75 from 3/31-4/1, so if the bulls plan on doing a wave 5 up next they will likely close that gap first and then turn up. Whether that's today or tomorrow is unknown. I'll just have to wait to see. Have great day.