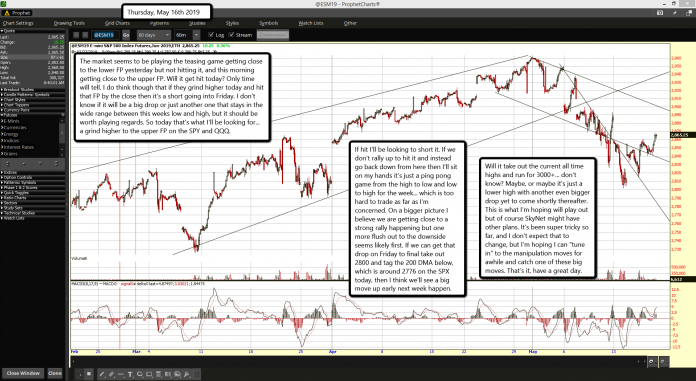 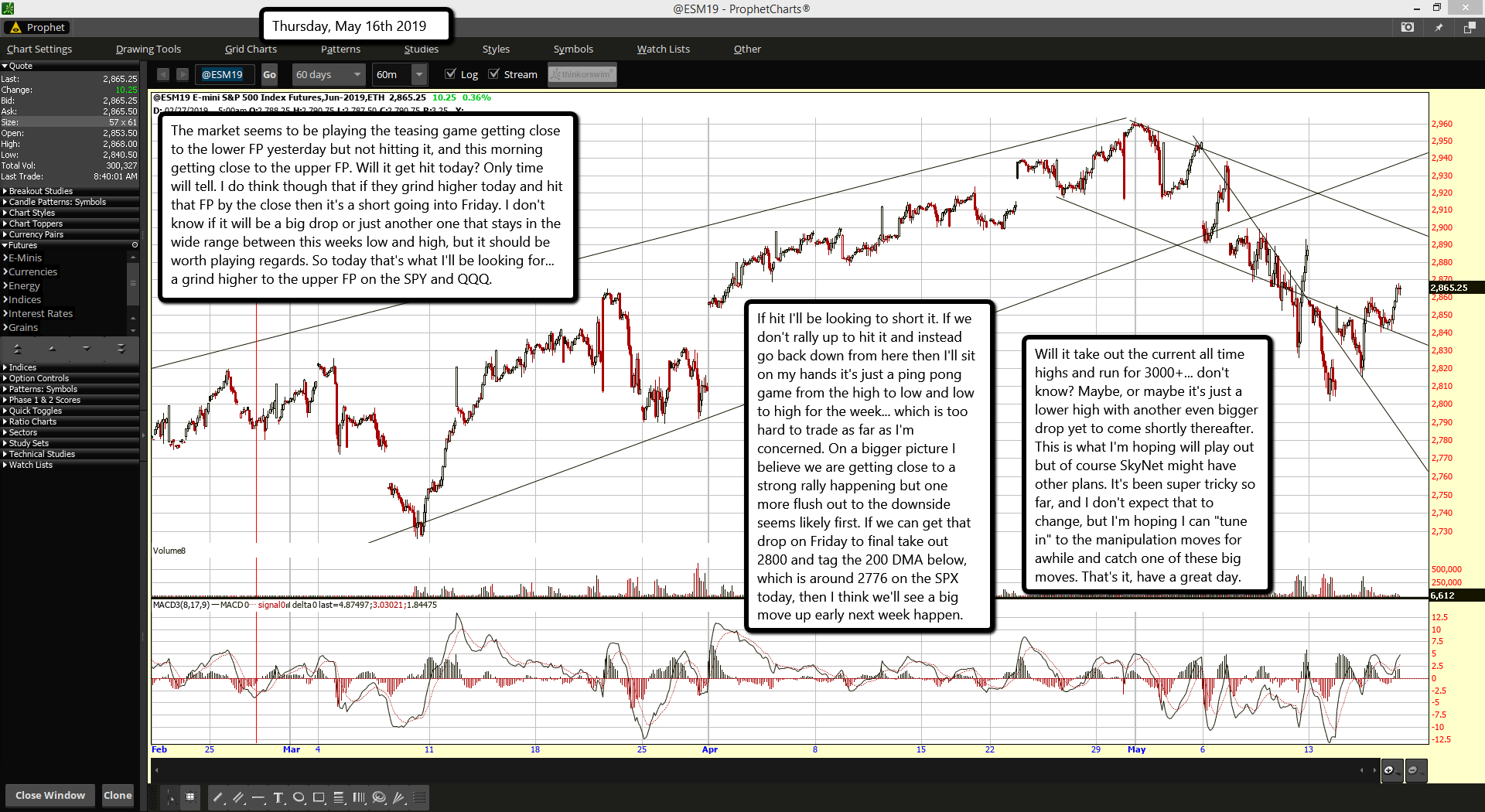 The market seems to be playing the teasing game getting close to the lower FP yesterday but not hitting it, and this morning getting close to the upper FP. Will it get hit today? Only time will tell. I do think though that if they grind higher today and hit that FP by the close then it's a short going into Friday. I don't know if it will be a big drop or just another one that stays in the wide range between this weeks low and high, but it should be worth playing regards. So today that's what I'll be looking for... a grind higher to the upper FP on the SPY and QQQ.

If hit I'll be looking to short it. If we don't rally up to hit it and instead go back down from here then I'll sit on my hands it's just a ping pong game from the high to low and low to high for the week... which is too hard to trade as far as I'm concerned. On a bigger picture I believe we are getting close to a strong rally happening but one more flush out to the downside seems likely first. If we can get that drop on Friday to final take out 2800 and tag the 200 DMA below, which is around 2776 on the SPX today, then I think we'll see a big move up early next week happen.

Will it take out the current all time highs and run for 3000+... don't know? Maybe, or maybe it's just a lower high with another even bigger drop yet to come shortly thereafter. This is what I'm hoping will play out but of course SkyNet might have other plans. It's been super tricky so far, and I don't expect that to change, but I'm hoping I can "tune in" to the manipulation moves for awhile and catch one of these big moves. That's it, have a great day.