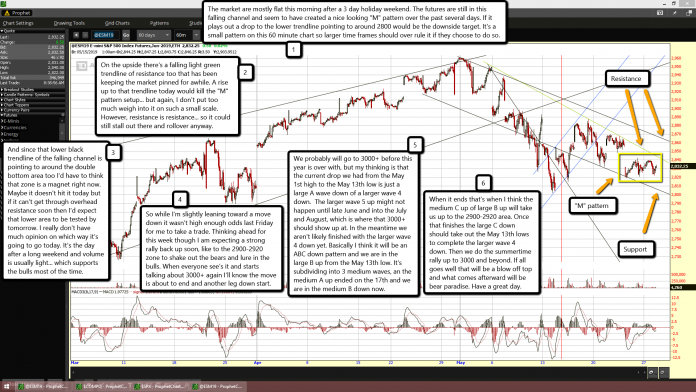 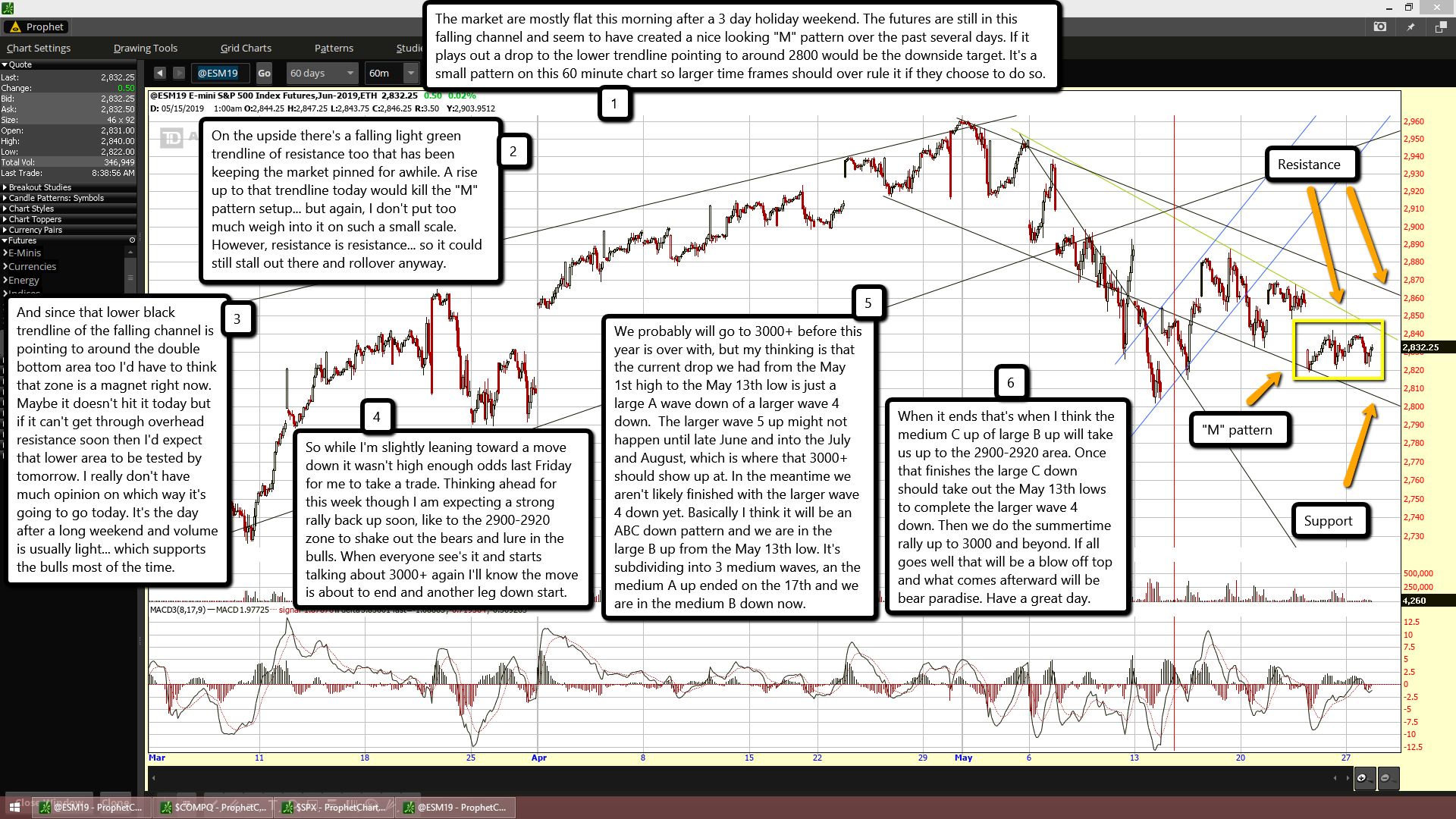 The market are mostly flat this morning after a 3 day holiday weekend. The futures are still in this falling channel and seem to have created a nice looking "M" pattern over the past several days. If it plays out a drop to the lower trendline pointing to around 2800 would be the downside target. It's a small pattern on this 60 minute chart so larger time frames should over rule it if they choose to do so.

On the upside there's a falling light green trendline of resistance too that has been keeping the market pinned for awhile. A rise up to that trendline today would kill the "M" pattern setup... but again, I don't put too much weigh into it on such a small scale. However, resistance is resistance... so it could still stall out there and rollover anyway.

And since that lower black trendline of the falling channel is pointing to around the double bottom area too I'd have to think that zone is a magnet right now. Maybe it doesn't hit it today but if it can't get through overhead resistance soon then I'd expect that lower area to be tested by tomorrow. I really don't have much opinion on which way it's going to go today. It's the day after a long weekend and volume is usually light... which supports the bulls most of the time.

So while I'm slightly leaning toward a move down it wasn't high enough odds last Friday for me to take a trade. Thinking ahead for this week though I am expecting a strong rally back up soon, like to the 2900-2920 zone to shake out the bears and lure in the bulls. When everyone see's it and starts talking about 3000+ again I'll know the move is about to end and another leg down start.

We probably will go to 3000+ before this year is over with, but my thinking is that the current drop we had from the May 1st high to the May 13th low is just a large A wave down of a larger wave 4 down. The larger wave 5 up might not happen until late June and into the July and August, which is where that 3000+ should show up at. In the meantime we aren't likely finished with the larger wave 4 down yet. Basically I think it will be an ABC down pattern and we are in the large B up from the May 13th low. It's subdividing into 3 medium waves, an the medium A up ended on the 17th and we are in the medium B down now.

When it ends that's when I think the medium C up of large B up will take us up to the 2900-2920 area. Once that finishes the large C down should take out the May 13th lows to complete the larger wave 4 down. Then we do the summertime rally up to 3000 and beyond. If all goes well that will be a blow off top and what comes afterward will be bear paradise. Have a great day.