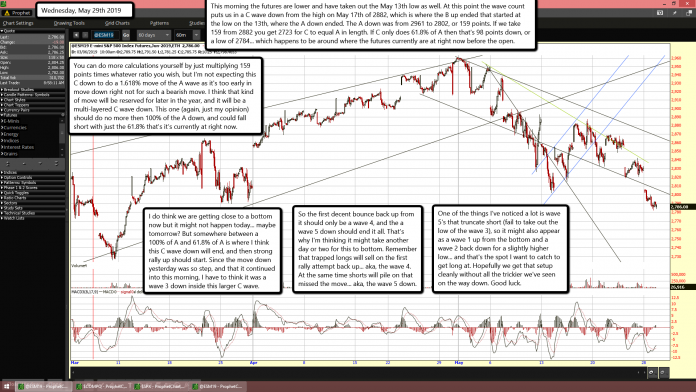 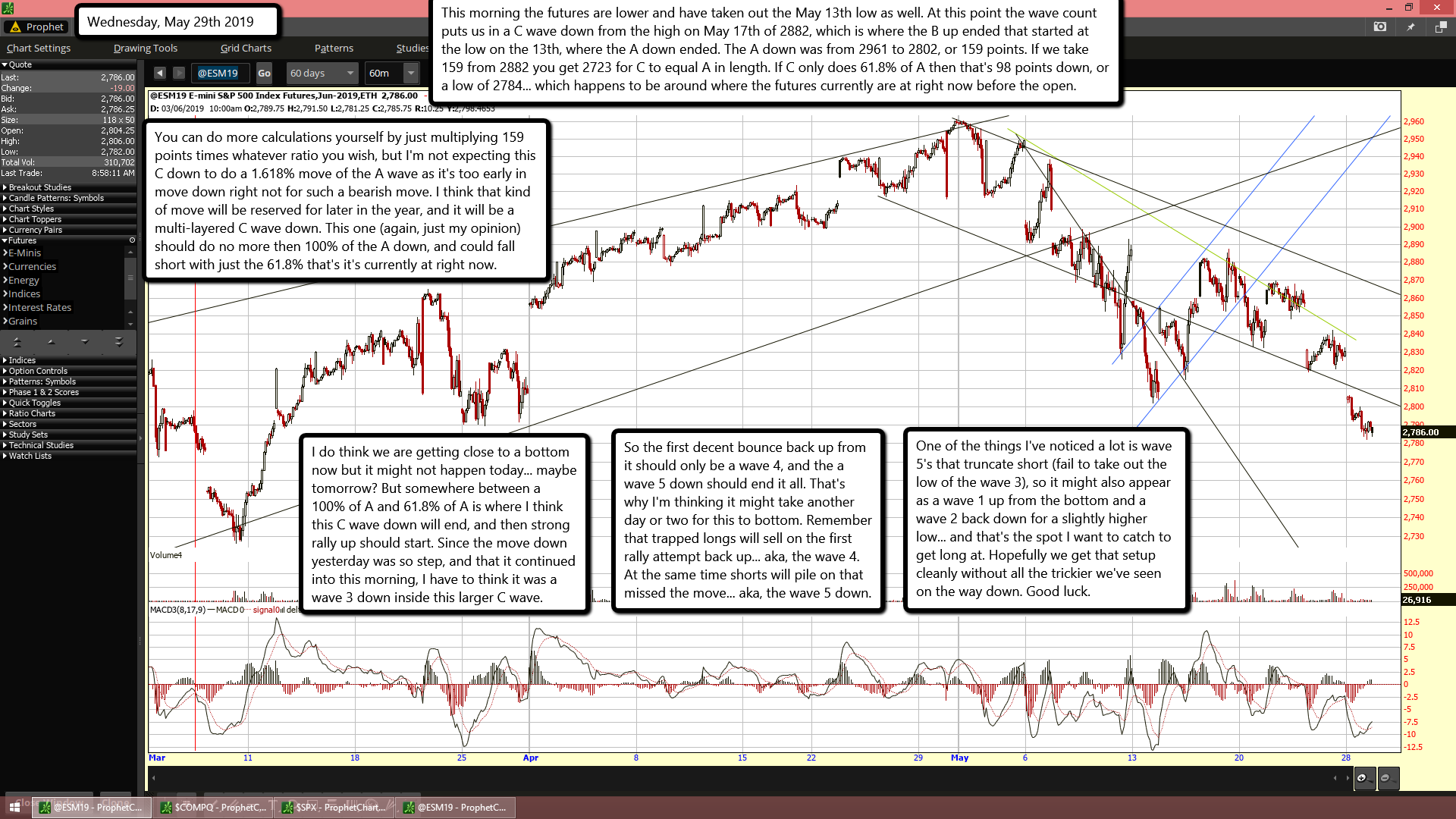 You can do more calculations yourself by just multiplying 159 points times whatever ratio you wish, but I'm not expecting this C down to do a 1.618% move of the A wave as it's too early in move down right not for such a bearish move. I think that kind of move will be reserved for later in the year, and it will be a multi-layered C wave down. This one (again, just my opinion) should do no more then 100% of the A down, and could fall short with just the 61.8% that's it's currently at right now.

I do think we are getting close to a bottom now but it might not happen today... maybe tomorrow? But somewhere between a 100% of A and 61.8% of A is where I think this C wave down will end, and then strong rally up should start. Since the move down yesterday was so step, and that it continued into this morning, I have to think it was a wave 3 down inside this larger C wave.

So the first decent bounce back up from it should only be a wave 4, and the a wave 5 down should end it all. That's why I'm thinking it might take another day or two for this to bottom. Remember that trapped longs will sell on the first rally attempt back up... aka, the wave 4. At the same time shorts will pile on that missed the move... aka, the wave 5 down.

One of the things I've noticed a lot is wave 5's that truncate short (fail to take out the low of the wave 3), so it might also appear as a wave 1 up from the bottom and a wave 2 back down for a slightly higher low... and that's the spot I want to catch to get long at. Hopefully we get that setup cleanly without all the trickier we've seen on the way down. Good luck.