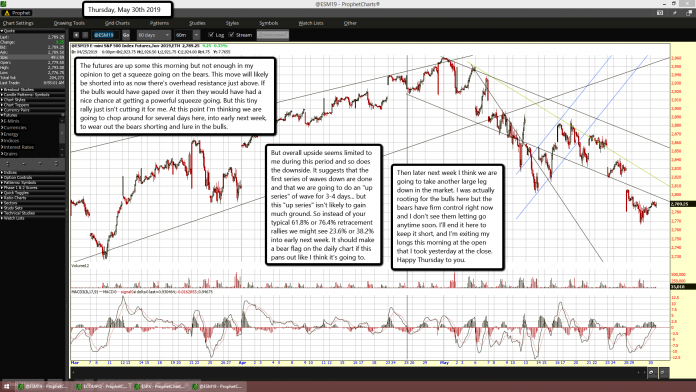 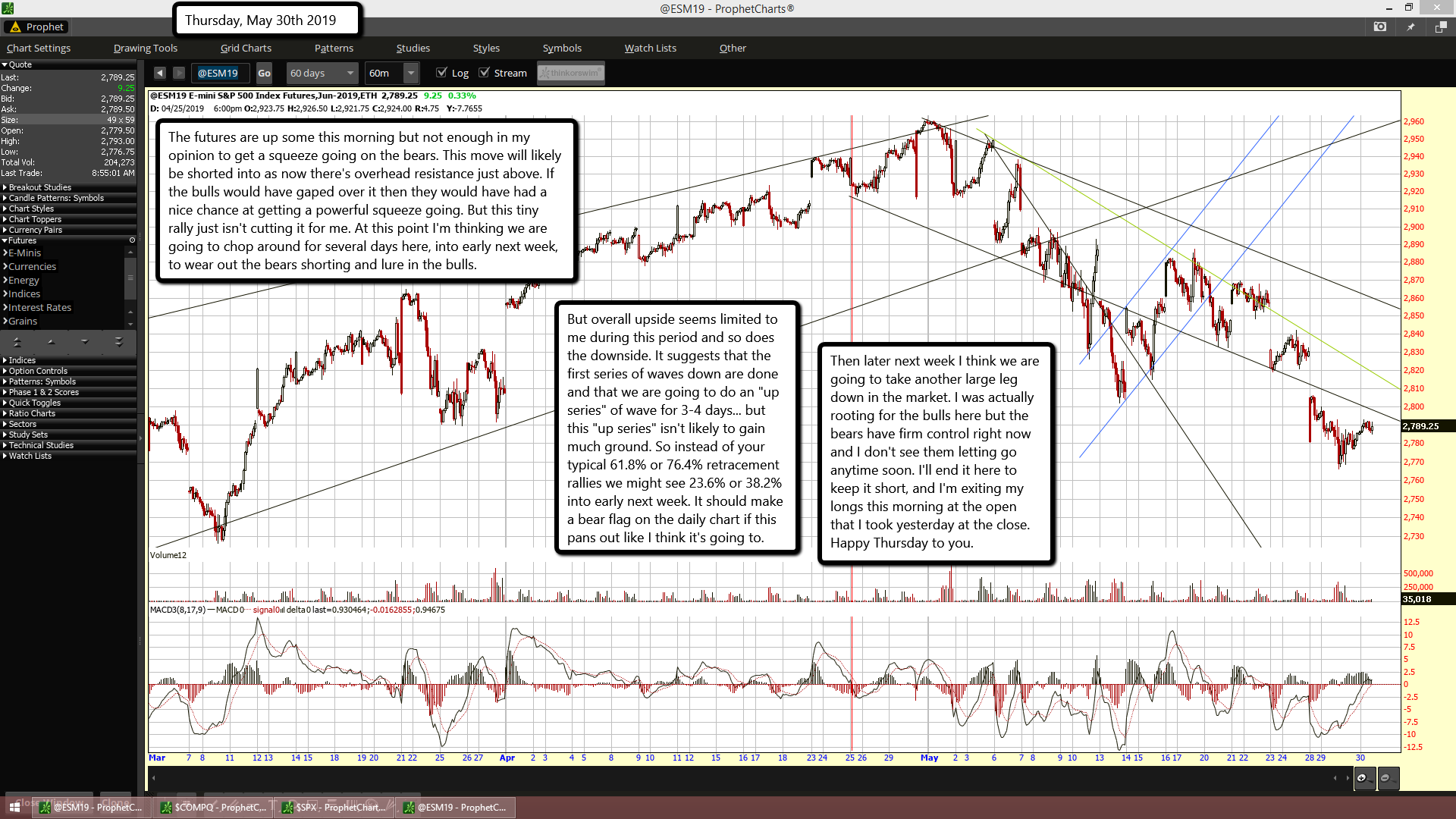 The futures are up some this morning but not enough in my opinion to get a squeeze going on the bears. This move will likely be shorted into as now there's overhead resistance just above. If the bulls would have gaped over it then they would have had a nice chance at getting a powerful squeeze going. But this tiny rally just isn't cutting it for me. At this point I'm thinking we are going to chop around for several days here, into early next week, to wear out the bears shorting and lure in the bulls.

But overall upside seems limited to me during this period and so does the downside. It suggests that the first series of waves down are done and that we are going to do an "up series" of wave for 3-4 days... but this "up series" isn't likely to gain much ground. So instead of your typical 61.8% or 76.4% retracement rallies we might see 23.6% or 38.2% into early next week. It should make a bear flag on the daily chart if this pans out like I think it's going to.

Then later next week I think we are going to take another large leg down in the market. I was actually rooting for the bulls here but the bears have firm control right now and I don't see them letting go anytime soon. I'll end it here to keep it short, and I'm exiting my longs this morning at the open that I took yesterday at the close. Happy Thursday to you.