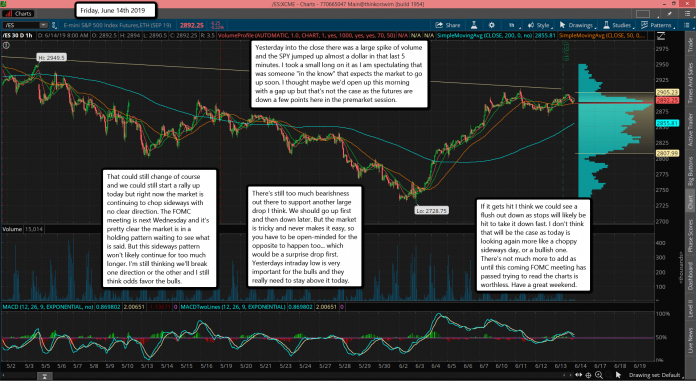 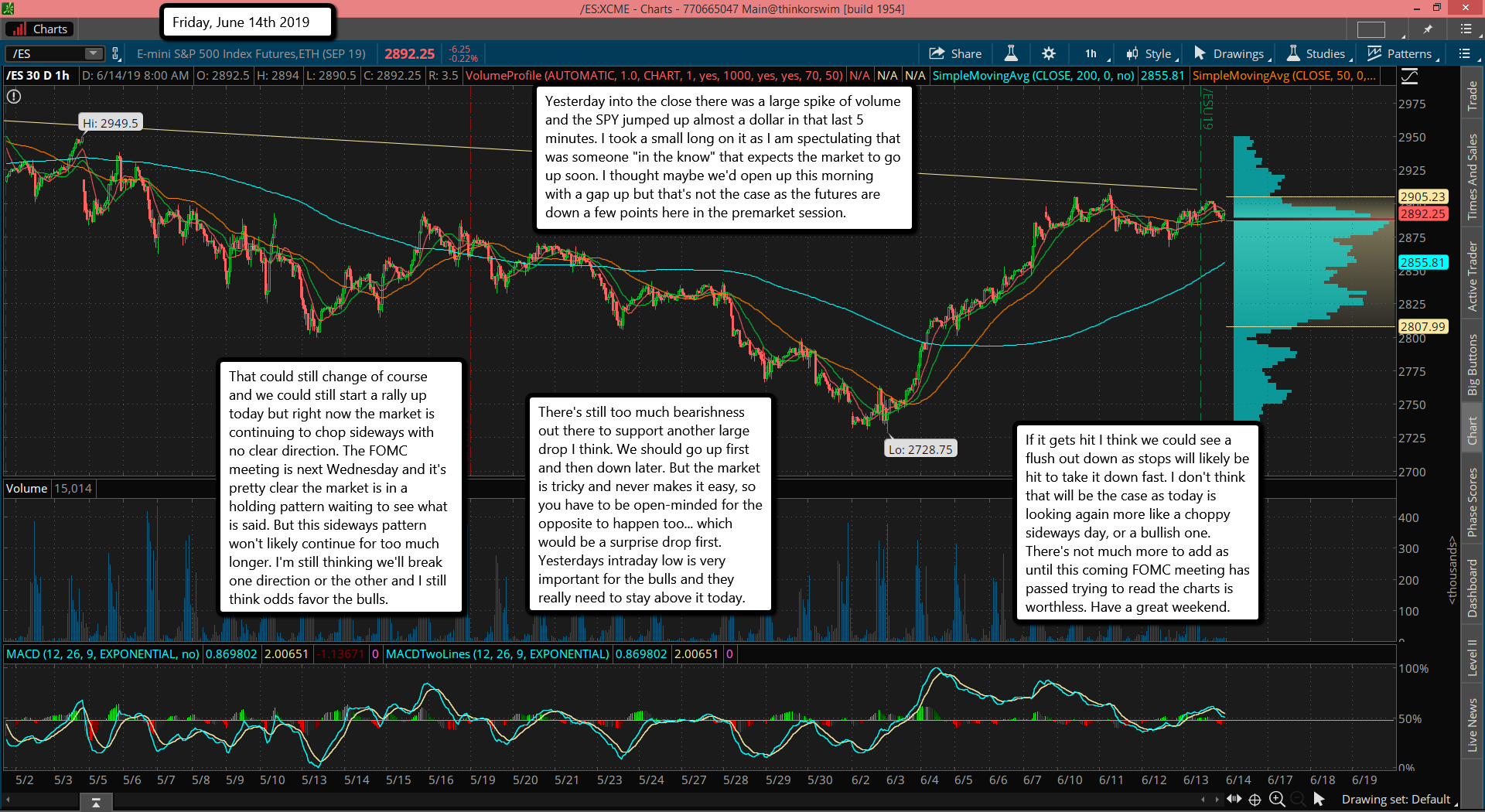 Yesterday into the close there was a large spike of volume and the SPY jumped up almost a dollar in that last 5 minutes. I took a small long on it as I am speculating that was someone "in the know" that expects the market to go up soon. I thought maybe we'd open up this morning with a gap up but that's not the case as the futures are down a few points here in the premarket session.

That could still change of course and we could still start a rally up today but right now the market is continuing to chop sideways with no clear direction. The FOMC meeting is next Wednesday and it's pretty clear the market is in a holding pattern waiting to see what is said. But this sideways pattern won't likely continue for too much longer. I'm still thinking we'll break one direction or the other and I still think odds favor the bulls.

There's still too much bearishness out there to support another large drop I think. We should go up first and then down later. But the market is tricky and never makes it easy, so you have to be open-minded for the opposite to happen too... which would be a surprise drop first. Yesterdays intraday low is very important for the bulls and they really need to stay above it today.

If it gets hit I think we could see a flush out down as stops will likely be hit to take it down fast. I don't think that will be the case as today is looking again more like a choppy sideways day, or a bullish one. There's not much more to add as until this coming FOMC meeting has passed trying to read the charts is worthless. Have a great weekend.