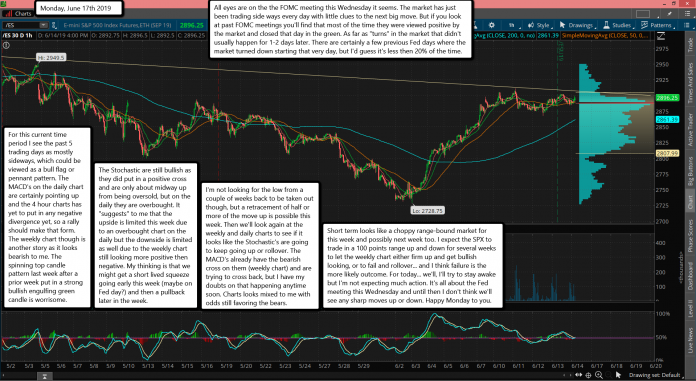 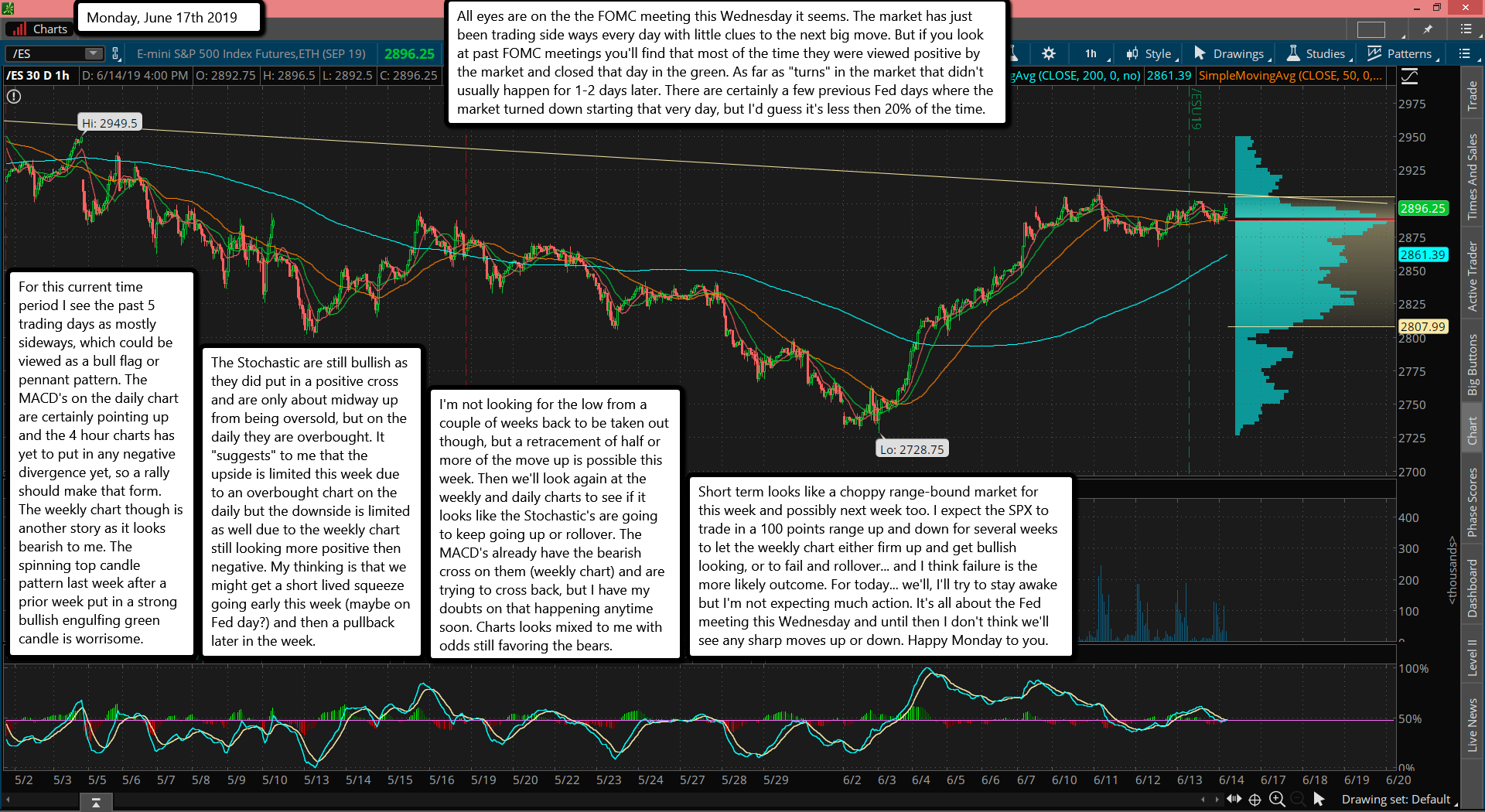 All eyes are on the the FOMC meeting this Wednesday it seems. The market has just been trading side ways every day with little clues to the next big move. But if you look at past FOMC meetings you'll find that most of the time they were viewed positive by the market and closed that day in the green. As far as "turns" in the market that didn't usually happen for 1-2 days later. There are certainly a few previous Fed days where the market turned down starting that very day, but I'd guess it's less then 20% of the time.

For this current time period I see the past 5 trading days as mostly sideways, which could be viewed as a bull flag or pennant pattern. The MACD's on the daily chart are certainly pointing up and the 4 hour charts has yet to put in any negative divergence yet, so a rally should make that form. The weekly chart though is another story as it looks bearish to me. The spinning top candle pattern last week after a prior week put in a strong bullish engulfing green candle is worrisome.

The Stochastic are still bullish as they did put in a positive cross and are only about midway up from being oversold, but on the daily they are overbought. It "suggests" to me that the upside is limited this week due to an overbought chart on the daily but the downside is limited as well due to the weekly chart still looking more positive then negative. My thinking is that we might get a short lived squeeze going early this week (maybe on Fed day?) and then a pullback later in the week.

I'm not looking for the low from a couple of weeks back to be taken out though, but a retracement of half or more of the move up is possible this week. Then we'll look again at the weekly and daily charts to see if it looks like the Stochastic's are going to keep going up or rollover. The MACD's already have the bearish cross on them (weekly chart) and are trying to cross back, but I have my doubts on that happening anytime soon. Charts looks mixed to me with odds still favoring the bears.

Short term looks like a choppy range-bound market for this week and possibly next week too. I expect the SPX to trade in a 100 points range up and down for several weeks to let the weekly chart either firm up and get bullish looking, or to fail and rollover... and I think failure is the more likely outcome. For today... we'll, I'll try to stay awake but I'm not expecting much action. It's all about the Fed meeting this Wednesday and until then I don't think we'll see any sharp moves up or down. Happy Monday to you.