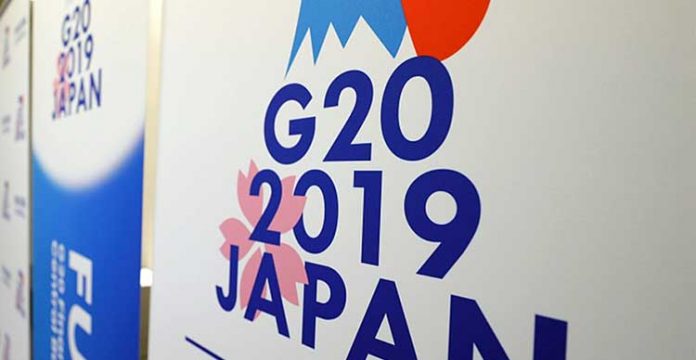 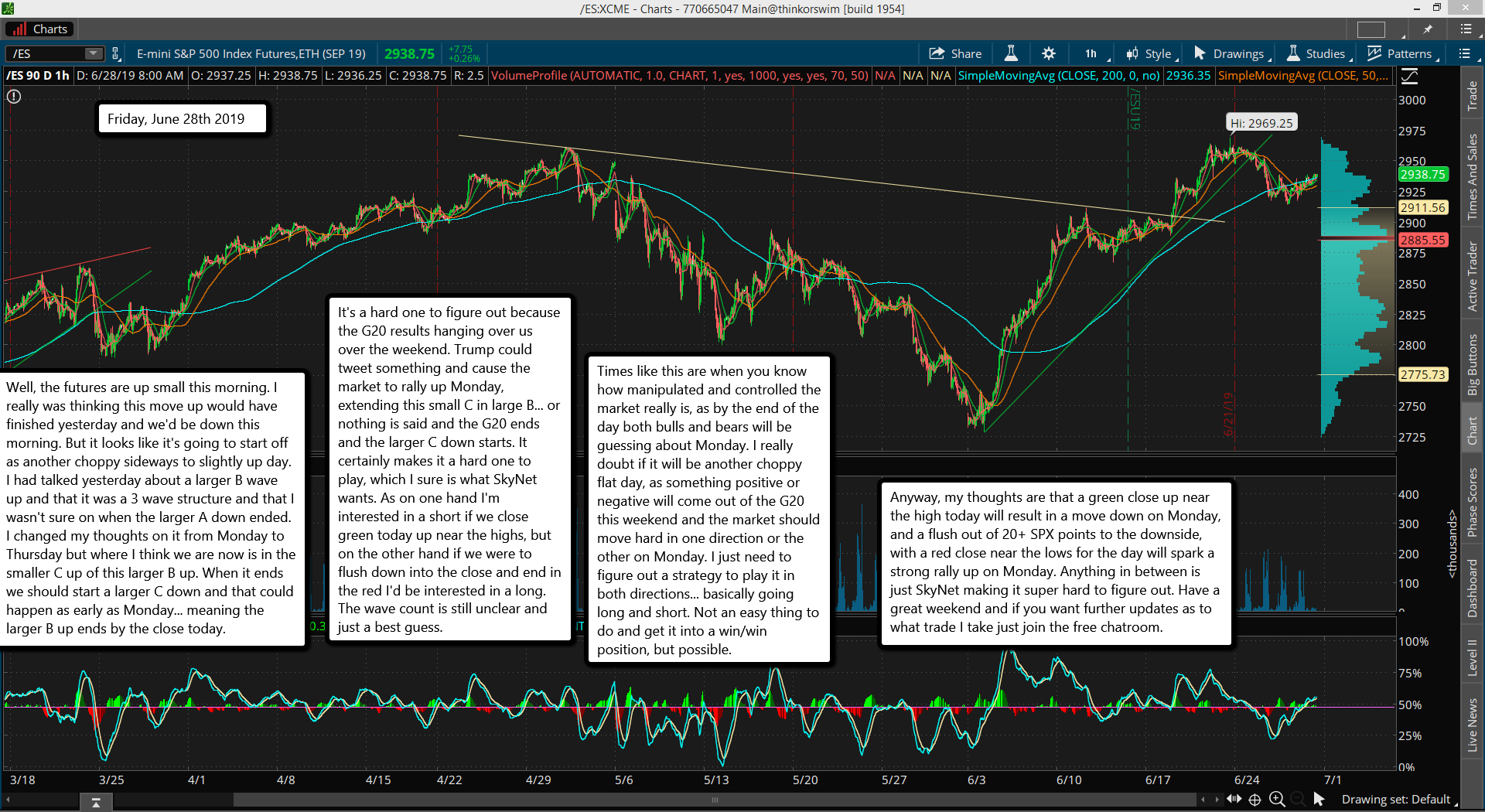 Well, the futures are up small this morning. I really was thinking this move up would have finished yesterday and we'd be down this morning. But it looks like it's going to start off as another choppy sideways to slightly up day. I had talked yesterday about a larger B wave up and that it was a 3 wave structure and that I wasn't sure on when the larger A down ended. I changed my thoughts on it from Monday to Thursday but where I think we are now is in the smaller C up of this larger B up. When it ends we should start a larger C down and that could happen as early as Monday... meaning the larger B up ends by the close today.

It's a hard one to figure out because the G20 results hanging over us over the weekend. Trump could tweet something and cause the market to rally up Monday, extending this small C in large B... or nothing is said and the G20 ends and the larger C down starts. It certainly makes it a hard one to play, which I sure is what SkyNet wants. As on one hand I'm interested in a short if we close green today up near the highs, but on the other hand if we were to flush down into the close and end in the red I'd be interested in a long. The wave count is still unclear and just a best guess.

Times like this are when you know how manipulated and controlled the market really is, as by the end of the day both bulls and bears will be guessing about Monday. I really doubt if it will be another choppy flat day, as something positive or negative will come out of the G20 this weekend and the market should move hard in one direction or the other on Monday. I just need to figure out a strategy to play it in both directions... basically going long and short. Not an easy thing to do and get it into a win/win position, but possible.

Anyway, my thoughts are that a green close up near the high today will result in a move down on Monday, and a flush out of 20+ SPX points to the downside, with a red close near the lows for the day will spark a strong rally up on Monday. Anything in between is just SkyNet making it super hard to figure out. Have a great weekend and if you want further updates as to what trade I take just join the free chatroom.