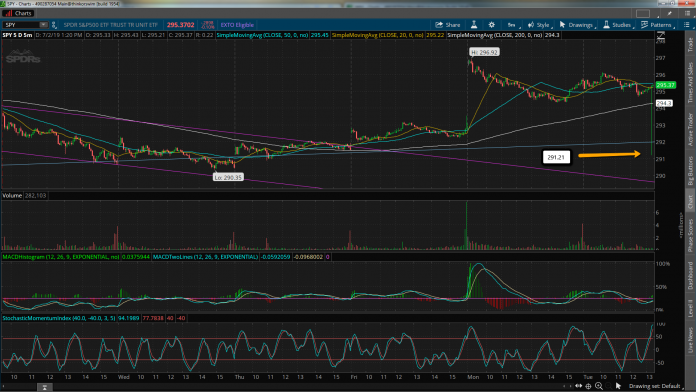 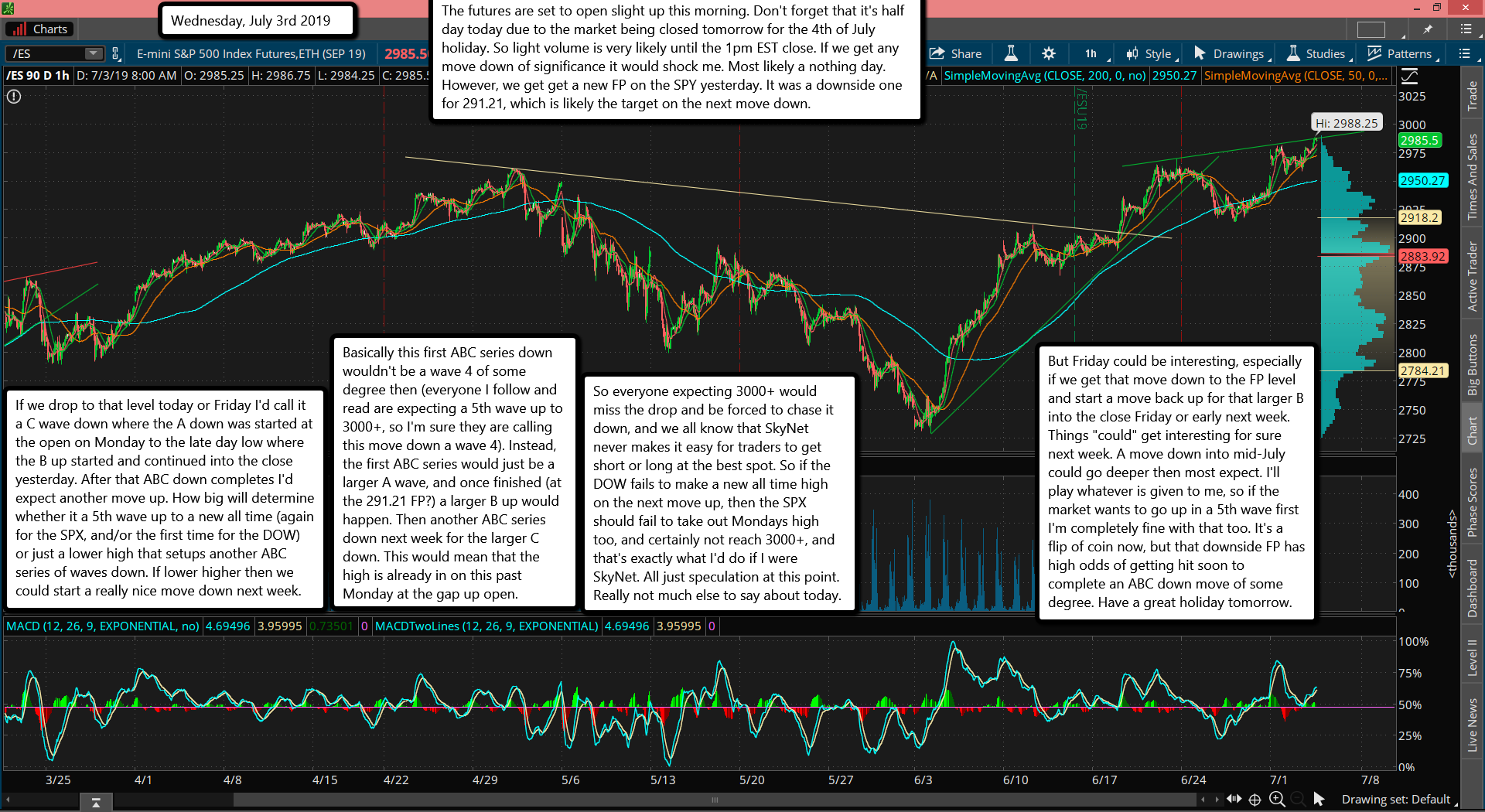 The futures are set to open slight up this morning. Don't forget that it's half day today due to the market being closed tomorrow for the 4th of July holiday. So light volume is very likely until the 1pm EST close. If we get any move down of significance it would shock me. Most likely a nothing day. However, we get get a new FP on the SPY yesterday. It was a downside one for 291.21, which is likely the target on the next move down.

If we drop to that level today or Friday I'd call it a C wave down where the A down was started at the open on Monday to the late day low where the B up started and continued into the close yesterday. After that ABC down completes I'd expect another move up. How big will determine whether it a 5th wave up to a new all time (again for the SPX, and/or the first time for the DOW) or just a lower high that setups another ABC series of waves down. If lower higher then we could start a really nice move down next week.

Basically this first ABC series down wouldn't be a wave 4 of some degree then (everyone I follow and read are expecting a 5th wave up to 3000+, so I'm sure they are calling this move down a wave 4). Instead, the first ABC series would just be a larger A wave, and once finished (at the 291.21 FP?) a larger B up would happen. Then another ABC series down next week for the larger C down. This would mean that the high is already in on this past Monday at the gap up open.

So everyone expecting 3000+ would miss the drop and be forced to chase it down, and we all know that SkyNet never makes it easy for traders to get short or long at the best spot. So if the DOW fails to make a new all time high on the next move up, then the SPX should fail to take out Mondays high too, and certainly not reach 3000+, and that's exactly what I'd do if I were SkyNet. All just speculation at this point. Really not much else to say about today.

But Friday could be interesting, especially if we get that move down to the FP level and start a move back up for that larger B into the close Friday or early next week. Things "could" get interesting for sure next week. A move down into mid-July could go deeper then most expect. I'll play whatever is given to me, so if the market wants to go up in a 5th wave first I'm completely fine with that too. It's a flip of coin now, but that downside FP has high odds of getting hit soon to complete an ABC down move of some degree. Have a great holiday tomorrow.