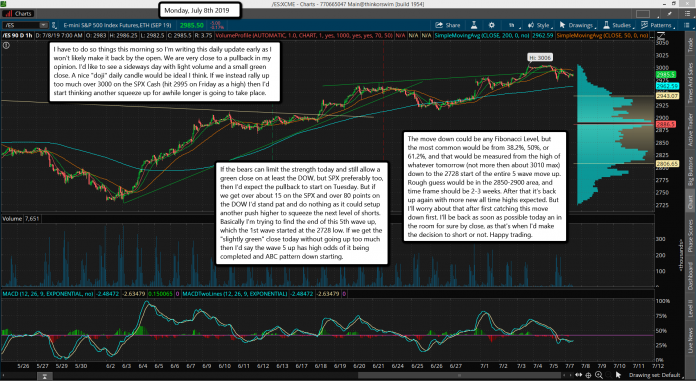 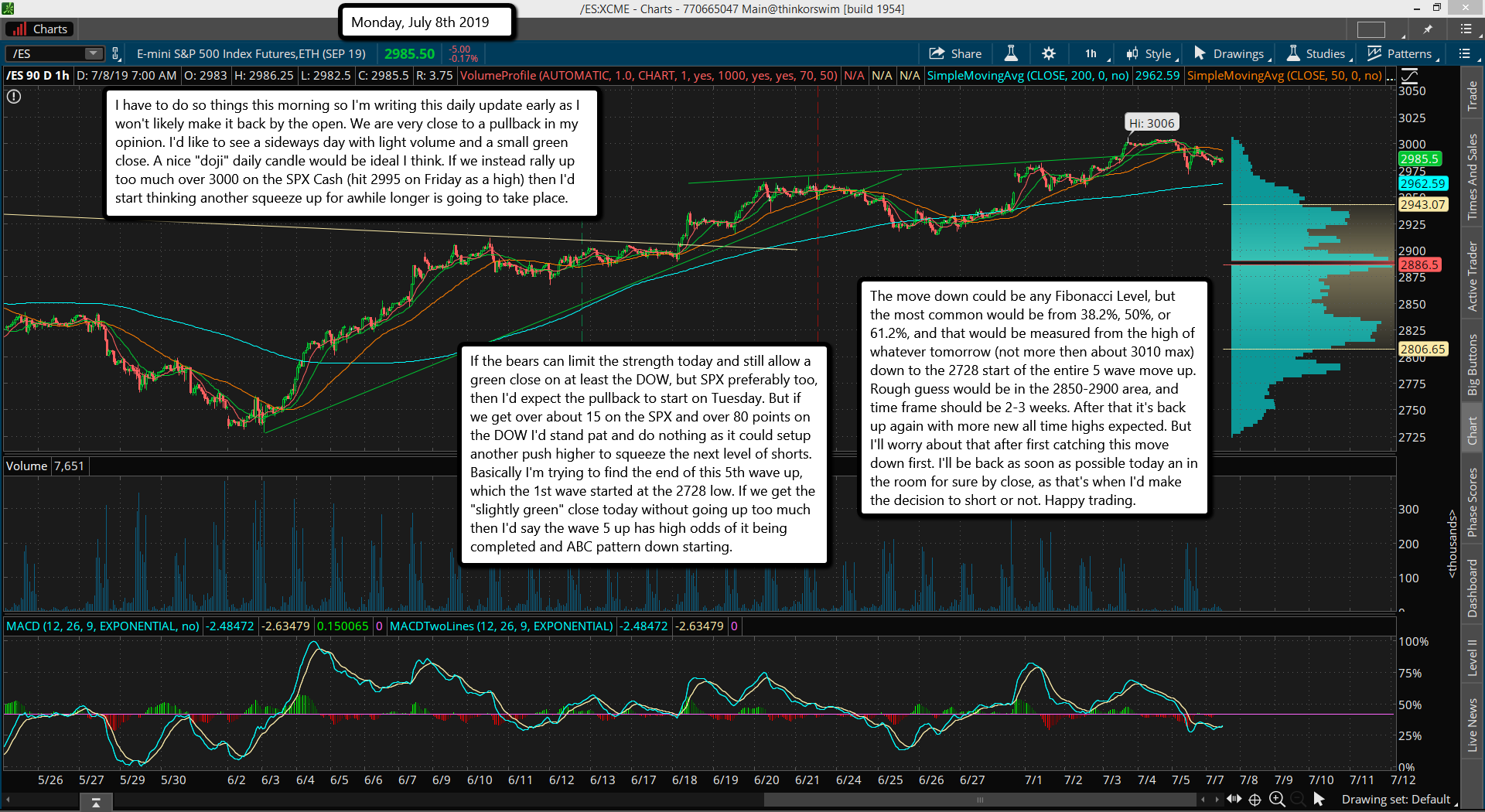 I have to do so things this morning so I'm writing this daily update early as I won't likely make it back by the open. We are very close to a pullback in my opinion. I'd like to see a sideways day with light volume and a small green close. A nice "doji" daily candle would be ideal I think. If we instead rally up too much over 3000 on the SPX Cash (hit 2995 on Friday as a high) then I'd start thinking another squeeze up for awhile longer is going to take place.

If the bears can limit the strength today and still allow a green close on at least the DOW, but SPX preferably too, then I'd expect the pullback to start on Tuesday. But if we get over about 15 on the SPX and over 80 points on the DOW I'd stand pat and do nothing as it could setup another push higher to squeeze the next level of shorts. Basically I'm trying to find the end of this 5th wave up, which the 1st wave started at the 2728 low. If we get the "slightly green" close today without going up too much then I'd say the wave 5 up has high odds of it being completed and ABC pattern down starting.

The move down could be any Fibonacci Level, but the most common would be from 38.2%, 50%, or 61.2%, and that would be measured from the high of whatever tomorrow (not more then about 3010 max) down to the 2728 start of the entire 5 wave move up. Rough guess would be in the 2850-2900 area, and time frame should be 2-3 weeks. After that it's back up again with more new all time highs expected. But I'll worry about that after first catching this move down first. I'll be back as soon as possible today an in the room for sure by close, as that's when I'd make the decision to short or not. Happy trading.