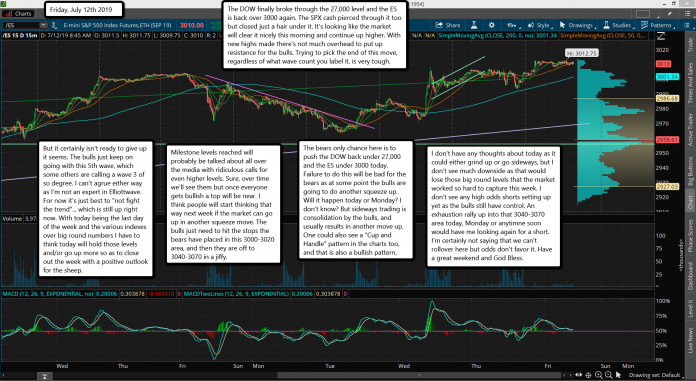 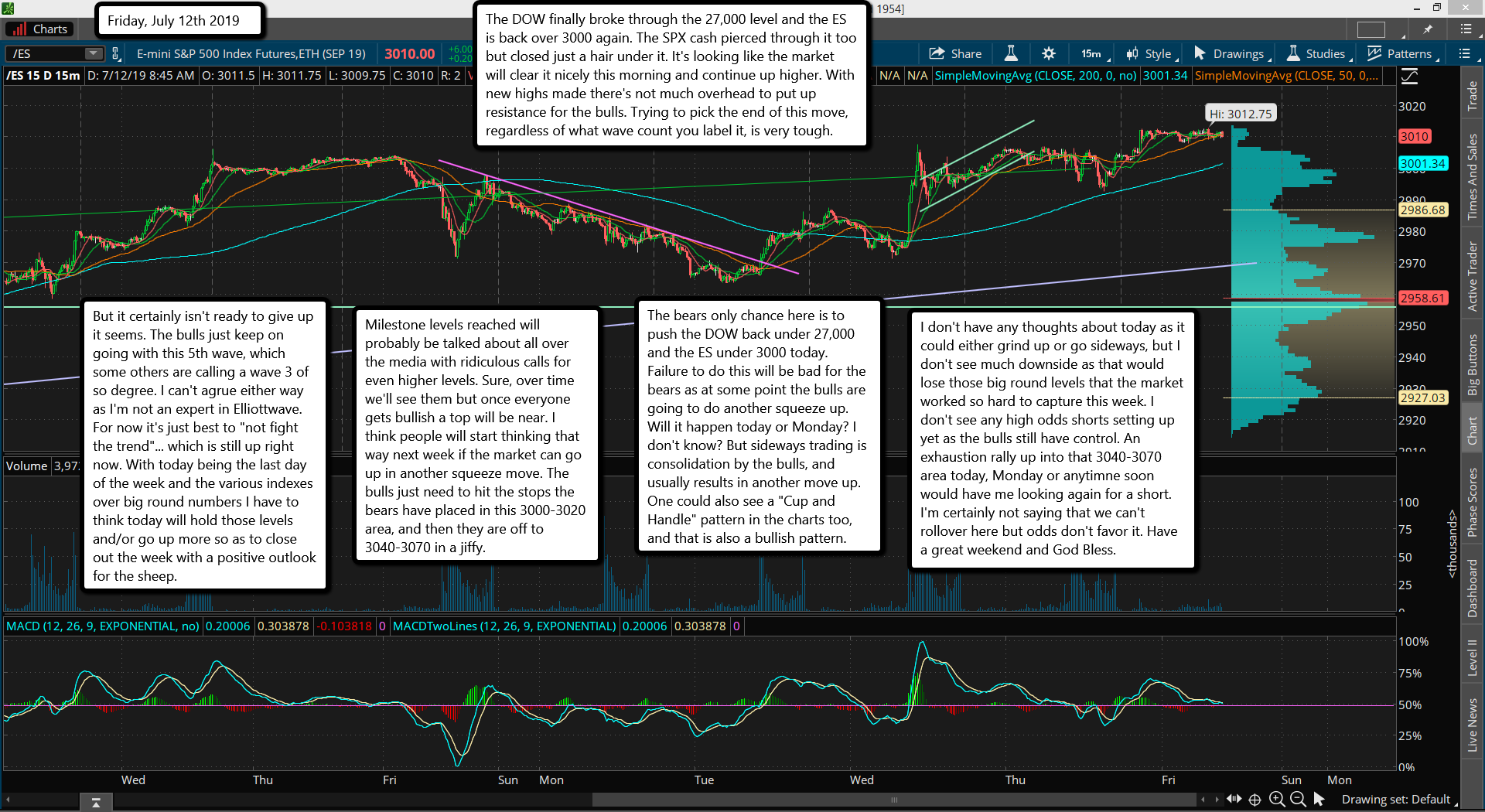 The DOW finally broke through the 27,000 level and the ES is back over 3000 again. The SPX cash pierced through it too but closed just a hair under it. It's looking like the market will clear it nicely this morning and continue up higher. With new highs made there's not much overhead to put up resistance for the bulls. Trying to pick the end of this move, regardless of what wave count you label it, is very tough.

But it certainly isn't ready to give up it seems. The bulls just keep on going with this 5th wave, which some others are calling a wave 3 of so degree. I can't agrue either way as I'm not an expert in Elliottwave. For now it's just best to "not fight the trend"... which is still up right now. With today being the last day of the week and the various indexes over big round numbers I have to think today will hold those levels and/or go up more so as to close out the week with a positive outlook for the sheep.

Milestone levels reached will probably be talked about all over the media with ridiculous calls for even higher levels. Sure, over time we'll see them but once everyone gets bullish a top will be near. I think people will start thinking that way next week if the market can go up in another squeeze move. The bulls just need to hit the stops the bears have placed in this 3000-3020 area, and then they are off to 3040-3070 in a jiffy.

The bears only chance here is to push the DOW back under 27,000 and the ES under 3000 today. Failure to do this will be bad for the bears as at some point the bulls are going to do another squeeze up. Will it happen today or Monday? I don't know? But sideways trading is consolidation by the bulls, and usually results in another move up. One could also see a "Cup and Handle" pattern in the charts too, and that is also a bullish pattern.

I don't have any thoughts about today as it could either grind up or go sideways, but I don't see much downside as that would lose those big round levels that the market worked so hard to capture this week. I don't see any high odds shorts setting up yet as the bulls still have control. An exhaustion rally up into that 3040-3070 area today, Monday or anytimne soon would have me looking again for a short. I'm certainly not saying that we can't rollover here but odds don't favor it. Have a great weekend and God Bless.