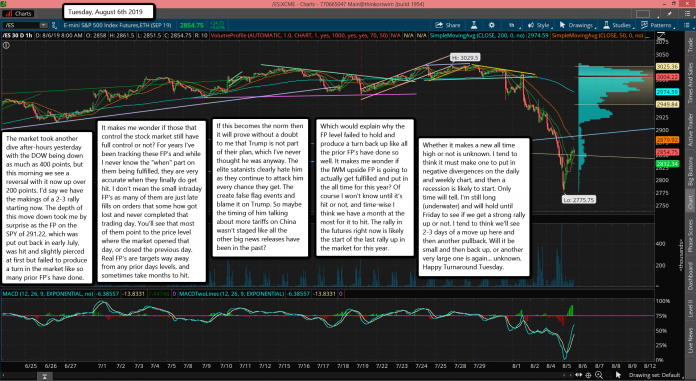 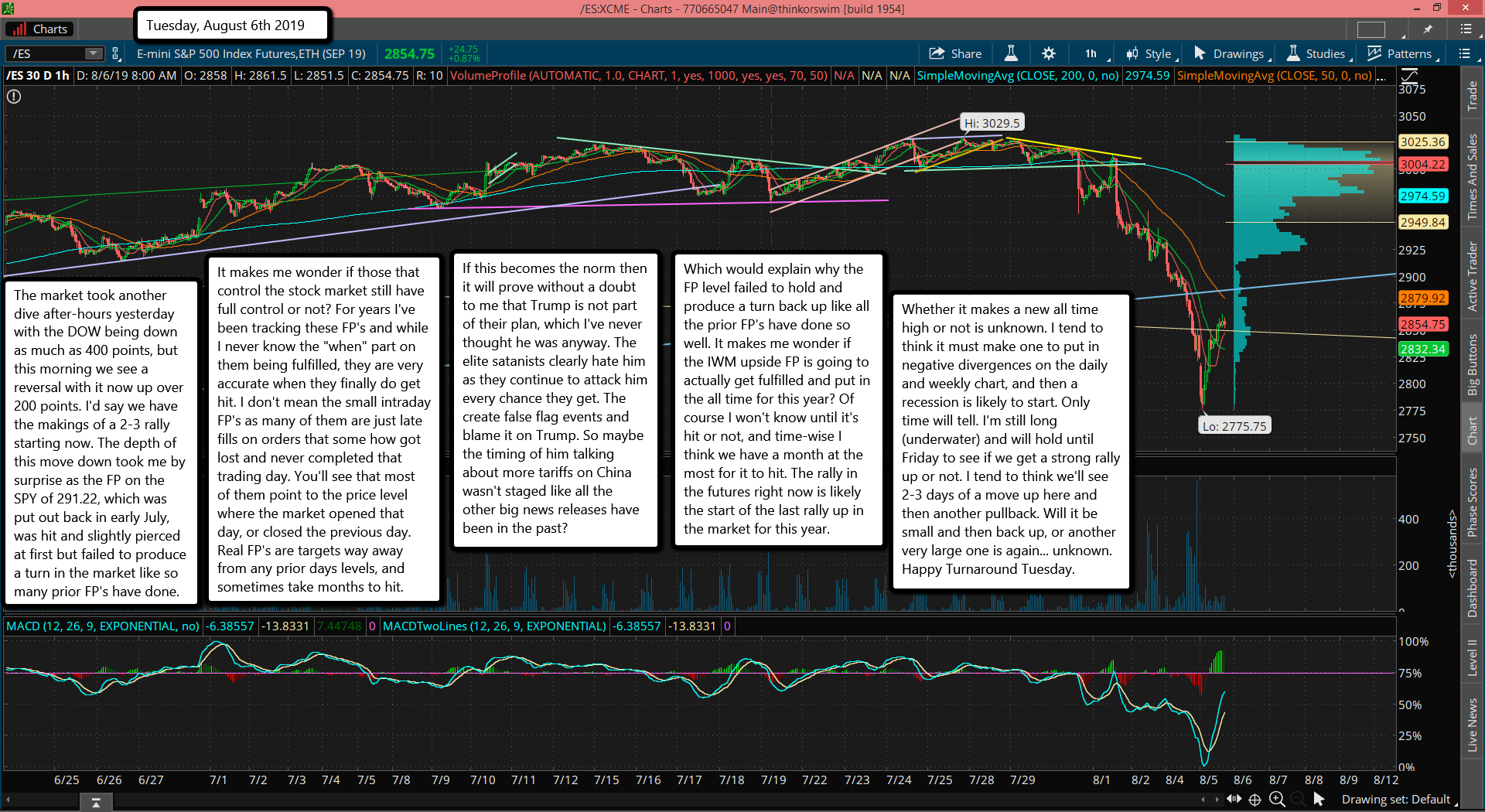 The market took another dive after-hours yesterday with the DOW being down as much as 400 points, but this morning we see a reversal with it now up over 200 points. I'd say we have the makings of a 2-3 rally starting now. The depth of this move down took me by surprise as the FP on the SPY of 291.22, which was put out back in early July, was hit and slightly pierced at first but failed to produce a turn in the market like so many prior FP's have done.

It makes me wonder if those that control the stock market still have full control or not? For years I've been tracking these FP's and while I never know the "when" part on them being fulfilled, they are very accurate when they finally do get hit. I don't mean the small intraday FP's as many of them are just late fills on orders that some how got lost and never completed that trading day. You'll see that most of them point to the price level where the market opened that day, or closed the previous day. Real FP's are targets way away from any prior days levels, and sometimes take months to hit.

If this becomes the norm then it will prove without a doubt to me that Trump is not part of their plan, which I've never thought he was anyway. The elite satanists clearly hate him as they continue to attack him every chance they get. The create false flag events and blame it on Trump. So maybe the timing of him talking about more tariffs on China wasn't staged like all the other big news releases have been in the past?

Which would explain why the FP level failed to hold and produce a turn back up like all the prior FP's have done so well. It makes me wonder if the IWM upside FP is going to actually get fulfilled and put in the all time for this year? Of course I won't know until it's hit or not, and time-wise I think we have a month at the most for it to hit. The rally in the futures right now is likely the start of the last rally up in the market for this year.

Whether it makes a new all time high or not is unknown. I tend to think it must make one to put in negative divergences on the daily and weekly chart, and then a recession is likely to start. Only time will tell. I'm still long (underwater) and will hold until Friday to see if we get a strong rally up or not. I tend to think we'll see 2-3 days of a move up here and then another pullback. Will it be small and then back up, or another very large one is again... unknown. Happy Turnaround Tuesday.