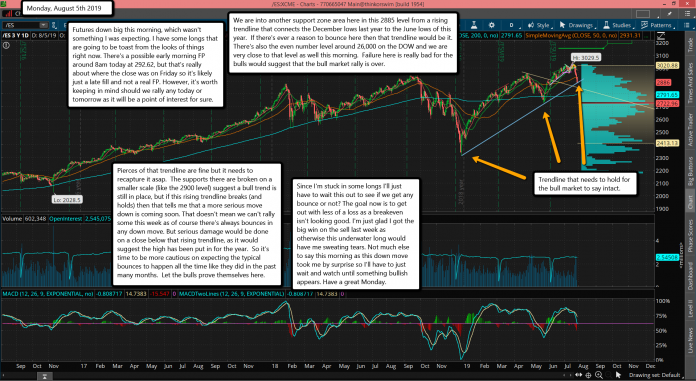 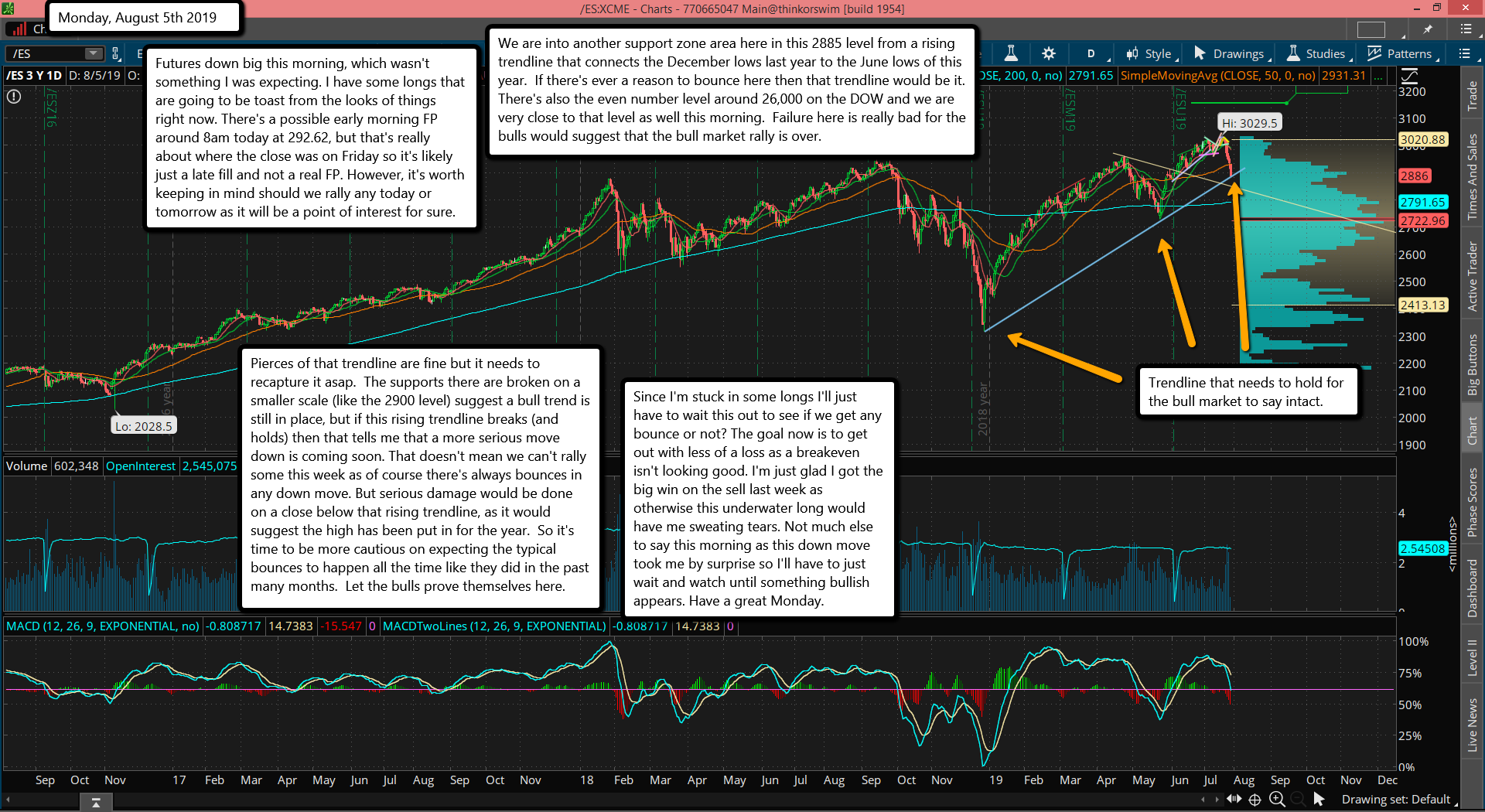 Futures down big this morning, which wasn't something I was expecting. I have some longs that are going to be toast from the looks of things right now. There's a possible early morning FP around 8am today at 292.62, but that's really about where the close was on Friday so it's likely just a late fill and not a real FP. However, it's worth keeping in mind should we rally any today or tomorrow as it will be a point of interest for sure.

We are into another support zone area here in this 2885 level from a rising trendline that connects the December lows last year to the June lows of this year.  If there's ever a reason to bounce here then that trendline would be it.  There's also the even number level around 26,000 on the DOW and we are very close to that level as well this morning.  Failure here is really bad for the bulls would suggest that the bull market rally is over.

Pierces of that trendline are fine but it needs to recapture it asap.  The supports there are broken on a smaller scale (like the 2900 level) suggest a bull trend is still in place, but if this rising trendline breaks (and holds) then that tells me that a more serious move down is coming soon. That doesn't mean we can't rally some this week as of course there's always bounces in any down move. But serious damage would be done on a close below that rising trendline, as it would suggest the high has been put in for the year.  So it's time to be more cautious on expecting the typical bounces to happen all the time like they did in the past many months.  Let the bulls prove themselves here.

Since I'm stuck in some longs I'll just have to wait this out to see if we get any bounce or not? The goal now is to get out with less of a loss as a breakeven isn't looking good. I'm just glad I got the big win on the sell last week as otherwise this underwater long would have me sweating tears. Not much else to say this morning as this down move took me by surprise so I'll have to just wait and watch until something bullish appears. Have a great Monday.