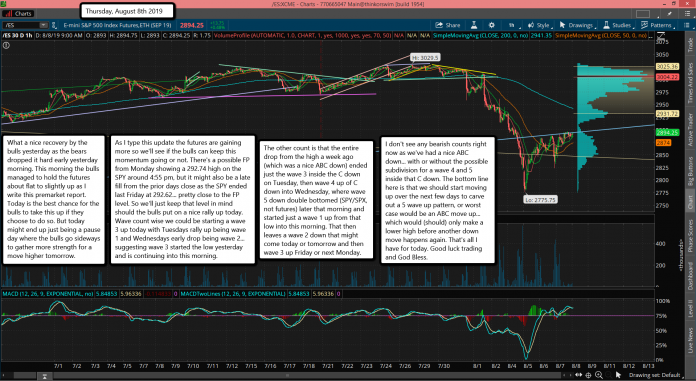 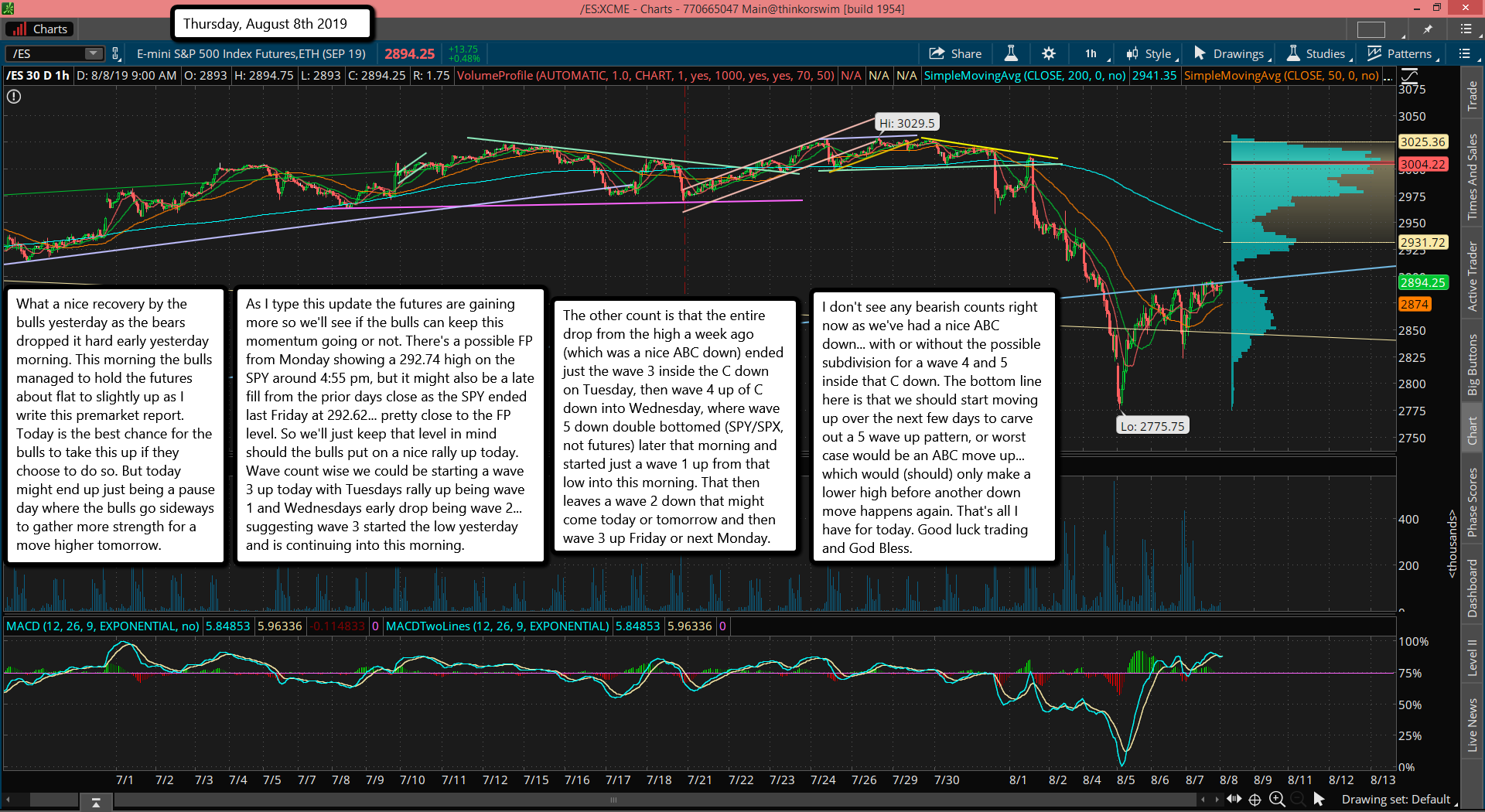 What a nice recovery by the bulls yesterday as the bears dropped it hard early yesterday morning. This morning the bulls managed to hold the futures about flat to slightly up as I write this premarket report. Today is the best chance for the bulls to take this up if they choose to do so. But today might end up just being a pause day where the bulls go sideways to gather more strength for a move higher tomorrow.

As I type this update the futures are gaining more so we'll see if the bulls can keep this momentum going or not. There's a possible FP from Monday showing a 292.74 high on the SPY around 4:55 pm, but it might also be a late fill from the prior days close as the SPY ended last Friday at 292.62... pretty close to the FP level. So we'll just keep that level in mind should the bulls put on a nice rally up today. Wave count wise we could be starting a wave 3 up today with Tuesdays rally up being wave 1 and Wednesdays early drop being wave 2... suggesting wave 3 started the low yesterday and is continuing into this morning.

The other count is that the entire drop from the high a week ago (which was a nice ABC down) ended just the wave 3 inside the C down on Tuesday, then wave 4 up of C down into Wednesday, where wave 5 down double bottomed (SPY/SPX, not futures) later that morning and started just a wave 1 up from that low into this morning. That then leaves a wave 2 down that might come today or tomorrow and then wave 3 up Friday or next Monday.

I don't see any bearish counts right now as we've had a nice ABC down... with or without the possible subdivision for a wave 4 and 5 inside that C down. The bottom line here is that we should start moving up over the next few days to carve out a 5 wave up pattern, or worst case would be an ABC move up... which would (should) only make a lower high before another down move happens again. That's all I have for today. Good luck trading and God Bless.