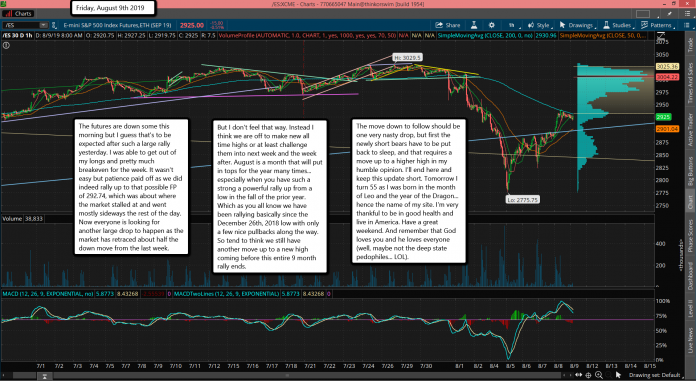 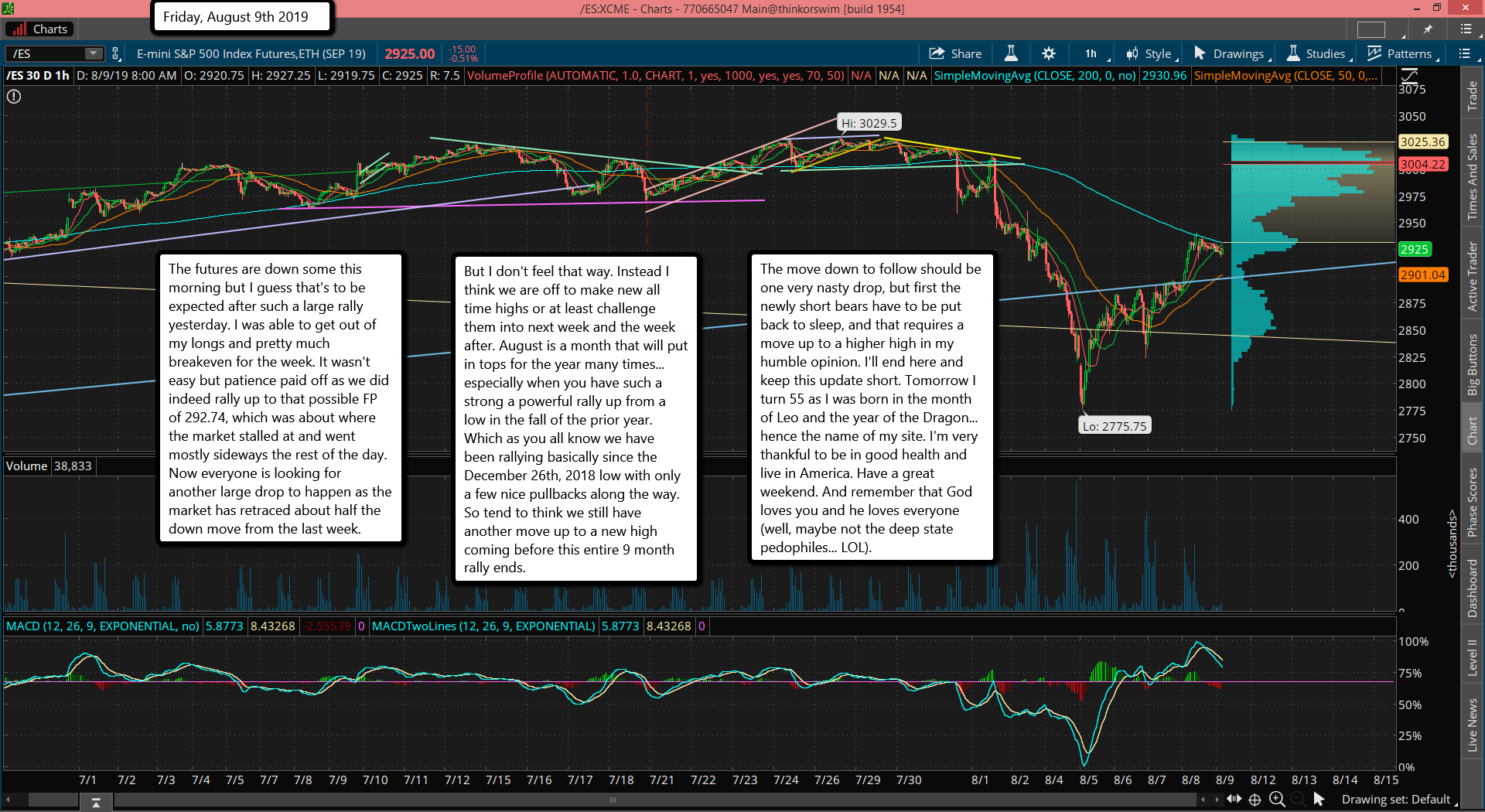 The futures are down some this morning but I guess that's to be expected after such a large rally yesterday. I was able to get out of my longs and pretty much breakeven for the week. It wasn't easy but patience paid off as we did indeed rally up to that possible FP of 292.74, which was about where the market stalled at and went mostly sideways the rest of the day. Now everyone is looking for another large drop to happen as the market has retraced about half the down move from the last week.

But I don't feel that way. Instead I think we are off to make new all time highs or at least challenge them into next week and the week after. August is a month that will put in tops for the year many times... especially when you have such a strong a powerful rally up from a low in the fall of the prior year. Which as you all know we have been rallying basically since the December 26th, 2018 low with only a few nice pullbacks along the way. So tend to think we still have another move up to a new high coming before this entire 9 month rally ends.

The move down to follow should be one very nasty drop, but first the newly short bears have to be put back to sleep, and that requires a move up to a higher high in my humble opinion. I'll end here and keep this update short. Tomorrow I turn 55 as I was born in the month of Leo and the year of the Dragon... hence the name of my site. I'm very thankful to be in good health and live in America. Have a great weekend. And remember that God loves you and he loves everyone (well, maybe not the deep state pedophiles... LOL).