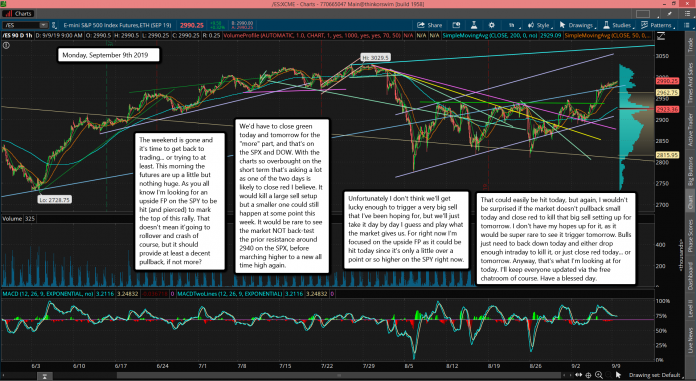 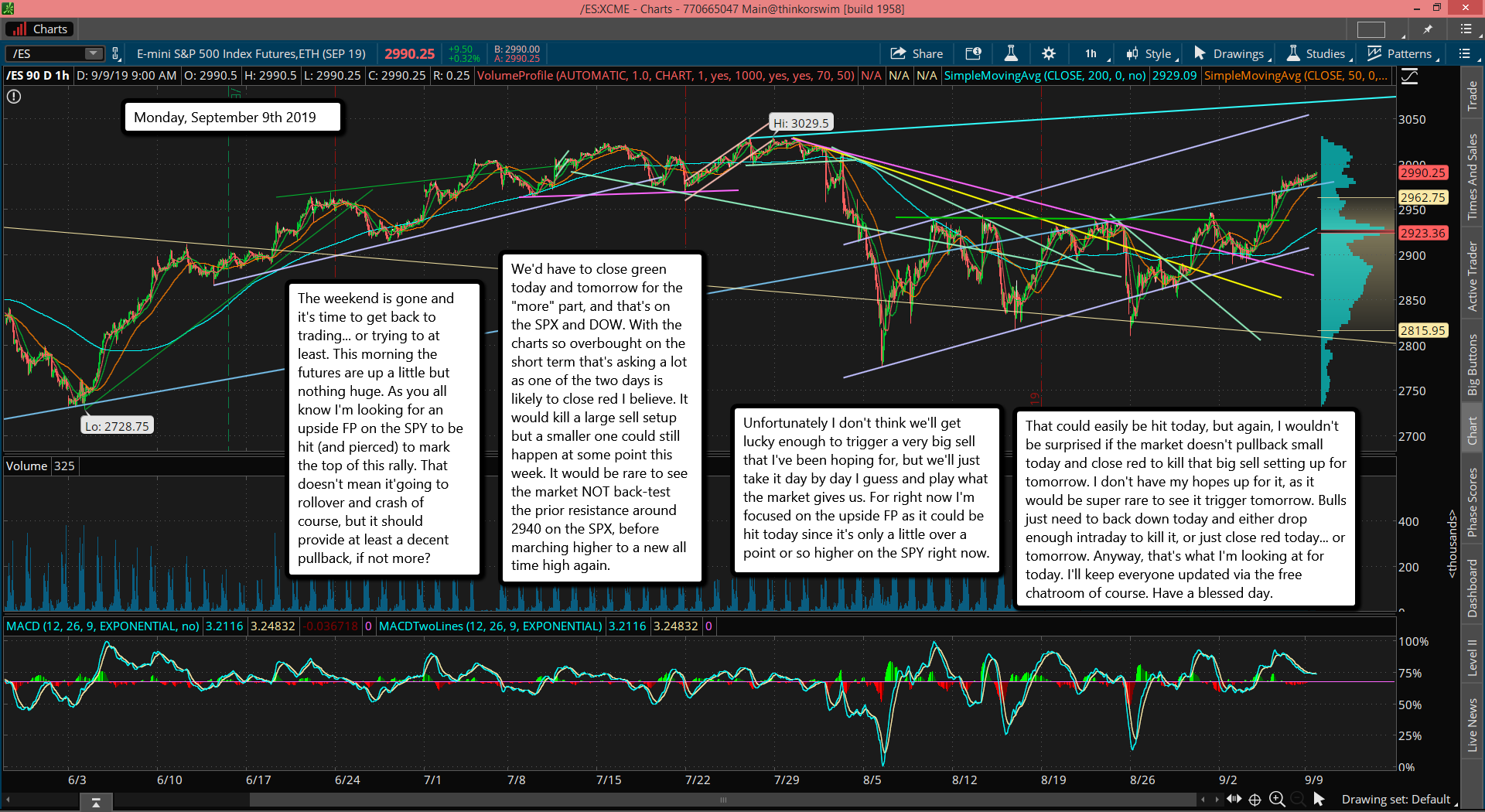 The weekend is gone and it's time to get back to trading... or trying to at least. This morning the futures are up a little but nothing huge. As you all know I'm looking for an upside FP on the SPY to be hit (and pierced) to mark the top of this rally. That doesn't mean it'going to rollover and crash of course, but it should provide at least a decent pullback, if not more?

We'd have to close green today and tomorrow for the "more" part, and that's on the SPX and DOW. With the charts so overbought on the short term that's asking a lot as one of the two days is likely to close red I believe. It would kill a large sell setup but a smaller one could still happen at some point this week. It would be rare to see the market NOT back-test the prior resistance around 2940 on the SPX, before marching higher to a new all time high again.

Unfortunately I don't think we'll get lucky enough to trigger a very big sell that I've been hoping for, but we'll just take it day by day I guess and play what the market gives us. For right now I'm focused on the upside FP as it could be hit today since it's only a little over a point or so higher on the SPY right now.

That could easily be hit today, but again, I wouldn't be surprised if the market doesn't pullback small today and close red to kill that big sell setting up for tomorrow. I don't have my hopes up for it, as it would be super rare to see it trigger tomorrow. Bulls just need to back down today and either drop enough intraday to kill it, or just close red today... or tomorrow. Anyway, that's what I'm looking at for today. I'll keep everyone updated via the free chatroom of course. Have a blessed day.