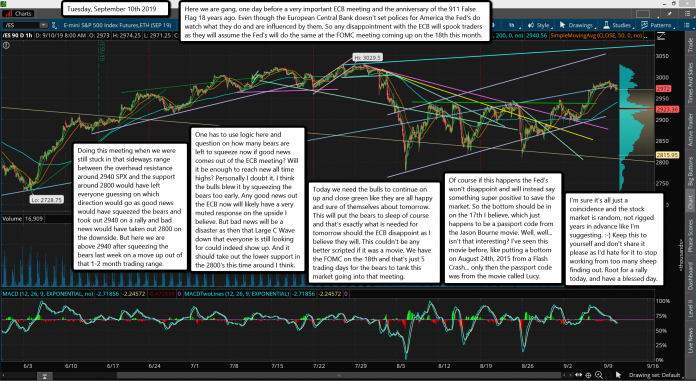 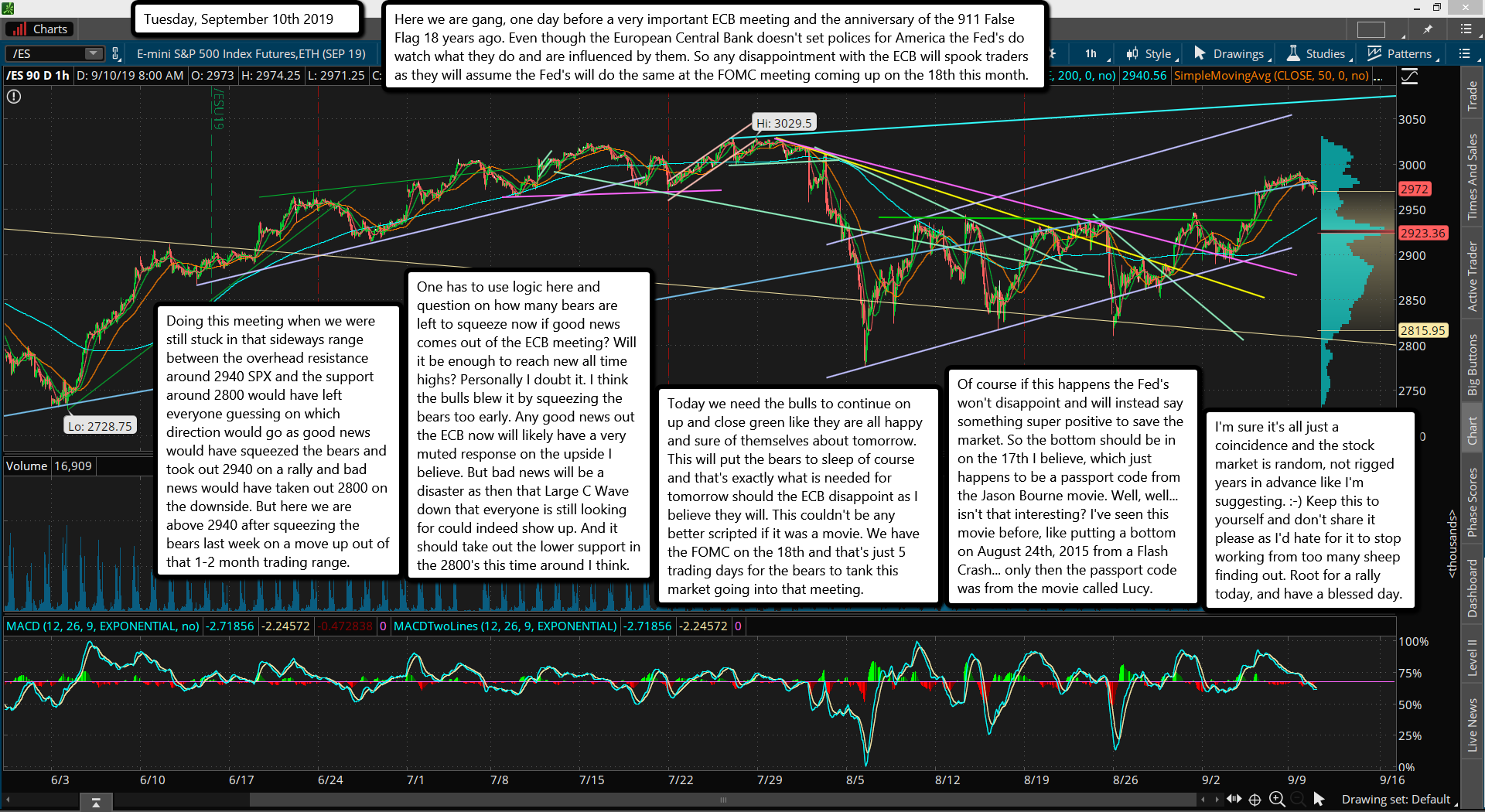 Here we are gang, one day before a very important ECB meeting and the anniversary of the 911 False Flag 18 years ago. Even though the European Central Bank doesn't set polices for America the Fed's do watch what they do and are influenced by them. So any disappointment with the ECB will spook traders as they will assume the Fed's will do the same at the FOMC meeting coming up on the 18th this month.

Doing this meeting when we were still stuck in that sideways range between the overhead resistance around 2940 SPX and the support around 2800 would have left everyone guessing on which direction would go as good news would have squeezed the bears and took out 2940 on a rally and bad news would have taken out 2800 on the downside. But here we are above 2940 after squeezing the bears last week on a move up out of that 1-2 month trading range.

One has to use logic here and question on how many bears are left to squeeze now if good news comes out of the ECB meeting? Will it be enough to reach new all time highs? Personally I doubt it. I think the bulls blew it by squeezing the bears too early. Any good news out the ECB now will likely have a very muted response on the upside I believe. But bad news will be a disaster as then that Large C Wave down that everyone is still looking for could indeed show up. And it should take out the lower support in the 2800's this time around I think.

Today we need the bulls to continue on up and close green like they are all happy and sure of themselves about tomorrow. This will put the bears to sleep of course and that's exactly what is needed for tomorrow should the ECB disappoint as I believe they will. This couldn't be any better scripted if it was a movie. We have the FOMC on the 18th and that's just 5 trading days for the bears to tank this market going into that meeting.

Of course if this happens the Fed's won't disappoint and will instead say something super positive to save the market. So the bottom should be in on the 17th I believe, which just happens to be a passport code from the Jason Bourne movie. Well, well... isn't that interesting? I've seen this movie before, like putting a bottom on August 24th, 2015 from a Flash Crash... only then the passport code was from the movie called Lucy.

I'm sure it's all just a coincidence and the stock market is random, not rigged years in advance like I'm suggesting. 🙂 Keep this to yourself and don't share it please as I'd hate for it to stop working from too many sheep finding out. Root for a rally today, and have a blessed day.