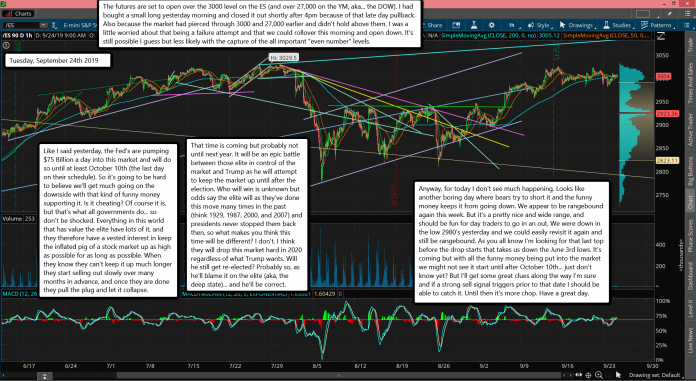 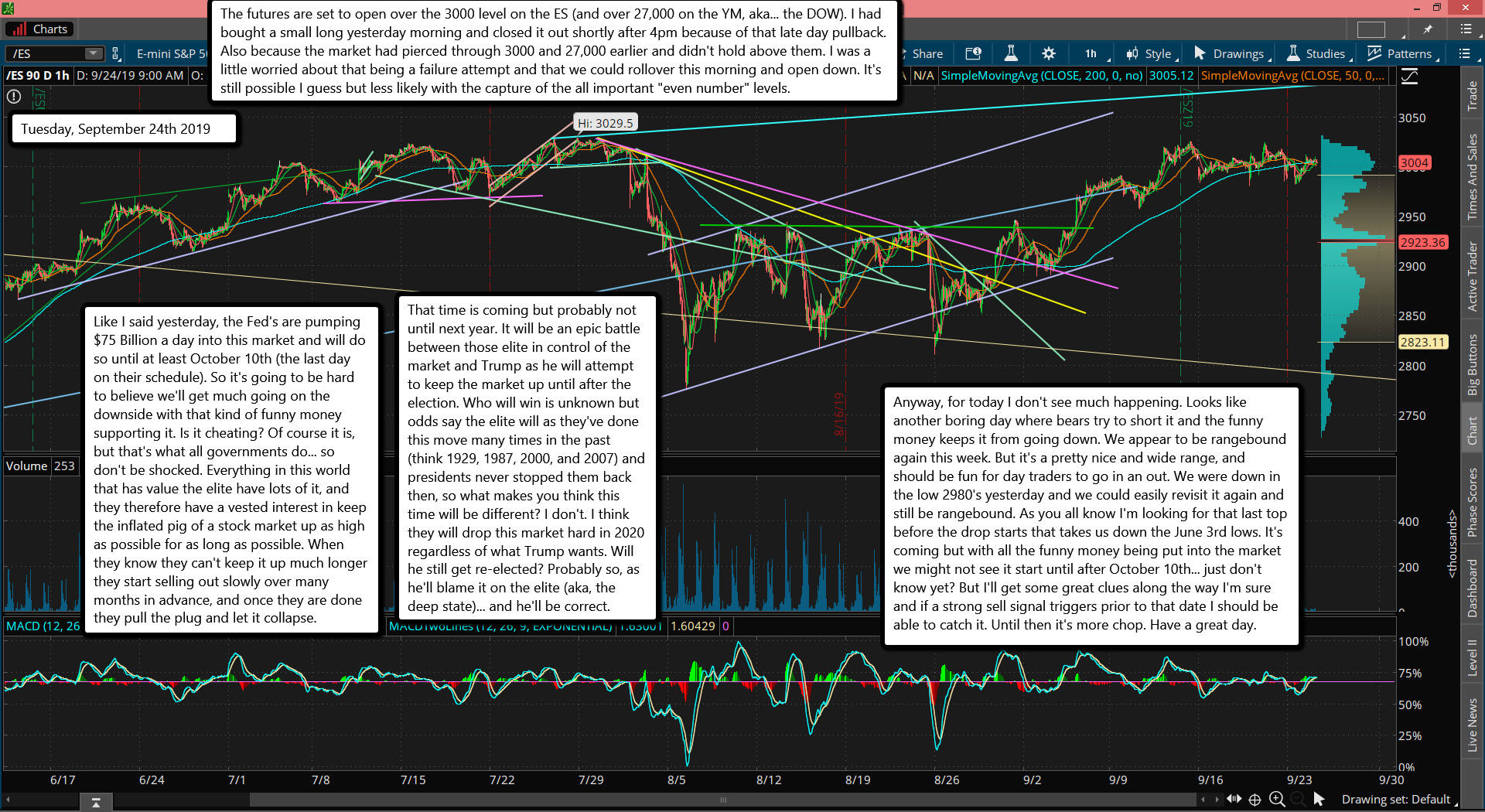 The futures are set to open over the 3000 level on the ES (and over 27,000 on the YM, aka... the DOW). I had bought a small long yesterday morning and closed it out shortly after 4pm because of that late day pullback. Also because the market had pierced through 3000 and 27,000 earlier and didn't hold above them. I was a little worried about that being a failure attempt and that we could rollover this morning and open down. It's still possible I guess but less likely with the capture of the all important "even number" levels.

Like I said yesterday, the Fed's are pumping $75 Billion a day into this market and will do so until at least October 10th (the last day on their schedule). So it's going to be hard to believe we'll get much going on the downside with that kind of funny money supporting it. Is it cheating? Of course it is, but that's what all governments do... so don't be shocked. Everything in this world that has value the elite have lots of it, and they therefore have a vested interest in keep the inflated pig of a stock market up as high as possible for as long as possible. When they know they can't keep it up much longer they start selling out slowly over many months in advance, and once they are done they pull the plug and let it collapse.

That time is coming but probably not until next year. It will be an epic battle between those elite in control of the market and Trump as he will attempt to keep the market up until after the election. Who will win is unknown but odds say the elite will as they've done this move many times in the past (think 1929, 1987, 2000, and 2007) and presidents never stopped them back then, so what makes you think this time will be different? I don't. I think they will drop this market hard in 2020 regardless of what Trump wants. Will he still get re-elected? Probably so, as he'll blame it on the elite (aka, the deep state)... and he'll be correct.

Anyway, for today I don't see much happening. Looks like another boring day where bears try to short it and the funny money keeps it from going down. We appear to be rangebound again this week. But it's a pretty nice and wide range, and should be fun for day traders to go in an out. We were down in the low 2980's yesterday and we could easily revisit it again and still be rangebound. As you all know I'm looking for that last top before the drop starts that takes us down the June 3rd lows. It's coming but with all the funny money being put into the market we might not see it start until after October 10th... just don't know yet? But I'll get some great clues along the way I'm sure and if a strong sell signal triggers prior to that date I should be able to catch it. Until then it's more chop. Have a great day.