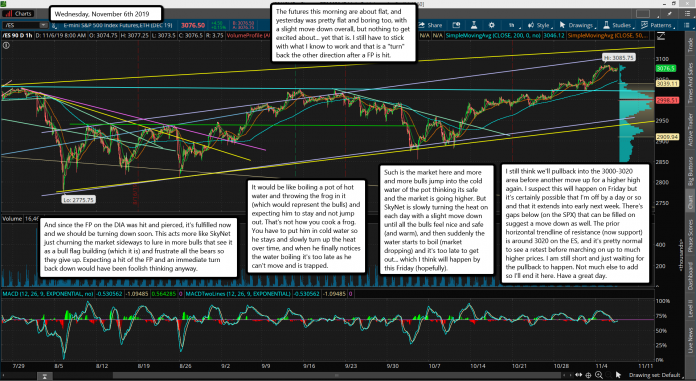 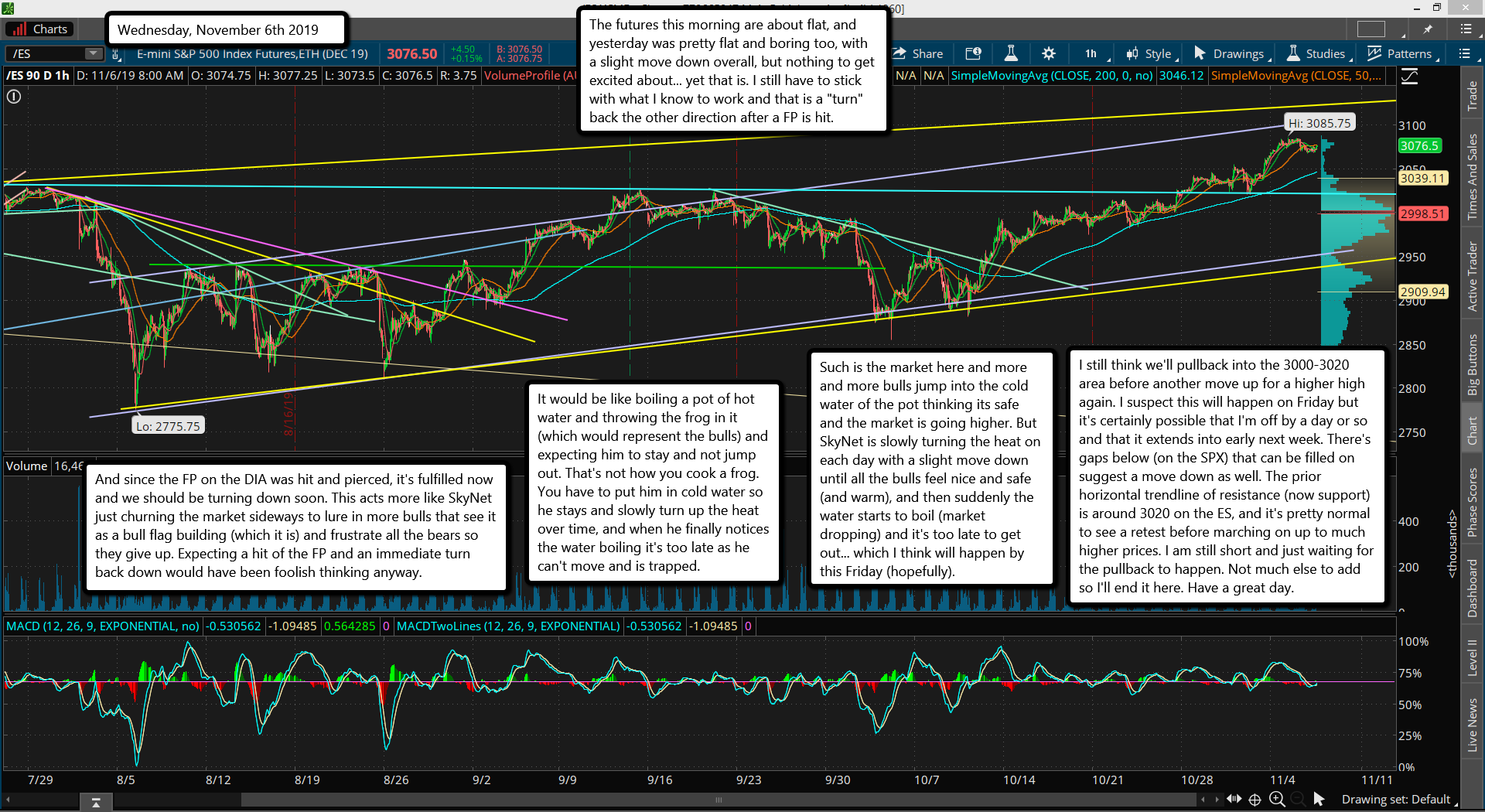 The futures this morning are about flat, and yesterday was pretty flat and boring too, with a slight move down overall, but nothing to get excited about... yet that is. I still have to stick with what I know to work and that is a "turn" back the other direction after a FP is hit.

And since the FP on the DIA was hit and pierced, it's fulfilled now and we should be turning down soon. This acts more like SkyNet just churning the market sideways to lure in more bulls that see it as a bull flag building (which it is) and frustrate all the bears so they give up. Expecting a hit of the FP and an immediate turn back down would have been foolish thinking anyway.

It would be like boiling a pot of hot water and throwing the frog in it (which would represent the bulls) and expecting him to stay and not jump out. That's not how you cook a frog. You have to put him in cold water so he stays and slowly turn up the heat over time, and when he finally notices the water boiling it's too late as he can't move and is trapped.

Such is the market here and more and more bulls jump into the cold water of the pot thinking its safe and the market is going higher. But SkyNet is slowly turning the heat on each day with a slight move down until all the bulls feel nice and safe (and warm), and then suddenly the water starts to boil (market dropping) and it's too late to get out... which I think will happen by this Friday (hopefully).

I still think we'll pullback into the 3000-3020 area before another move up for a higher high again. I suspect this will happen on Friday but it's certainly possible that I'm off by a day or so and that it extends into early next week. There's gaps below (on the SPX) that can be filled on suggest a move down as well. The prior horizontal trendline of resistance (now support) is around 3020 on the ES, and it's pretty normal to see a retest before marching on up to much higher prices. I am still short and just waiting for the pullback to happen. Not much else to add so I'll end it here. Have a great day.