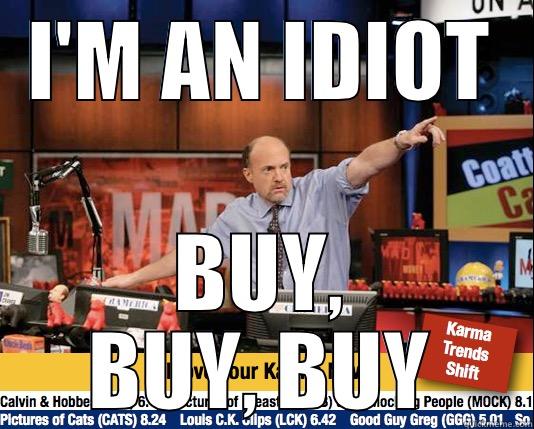 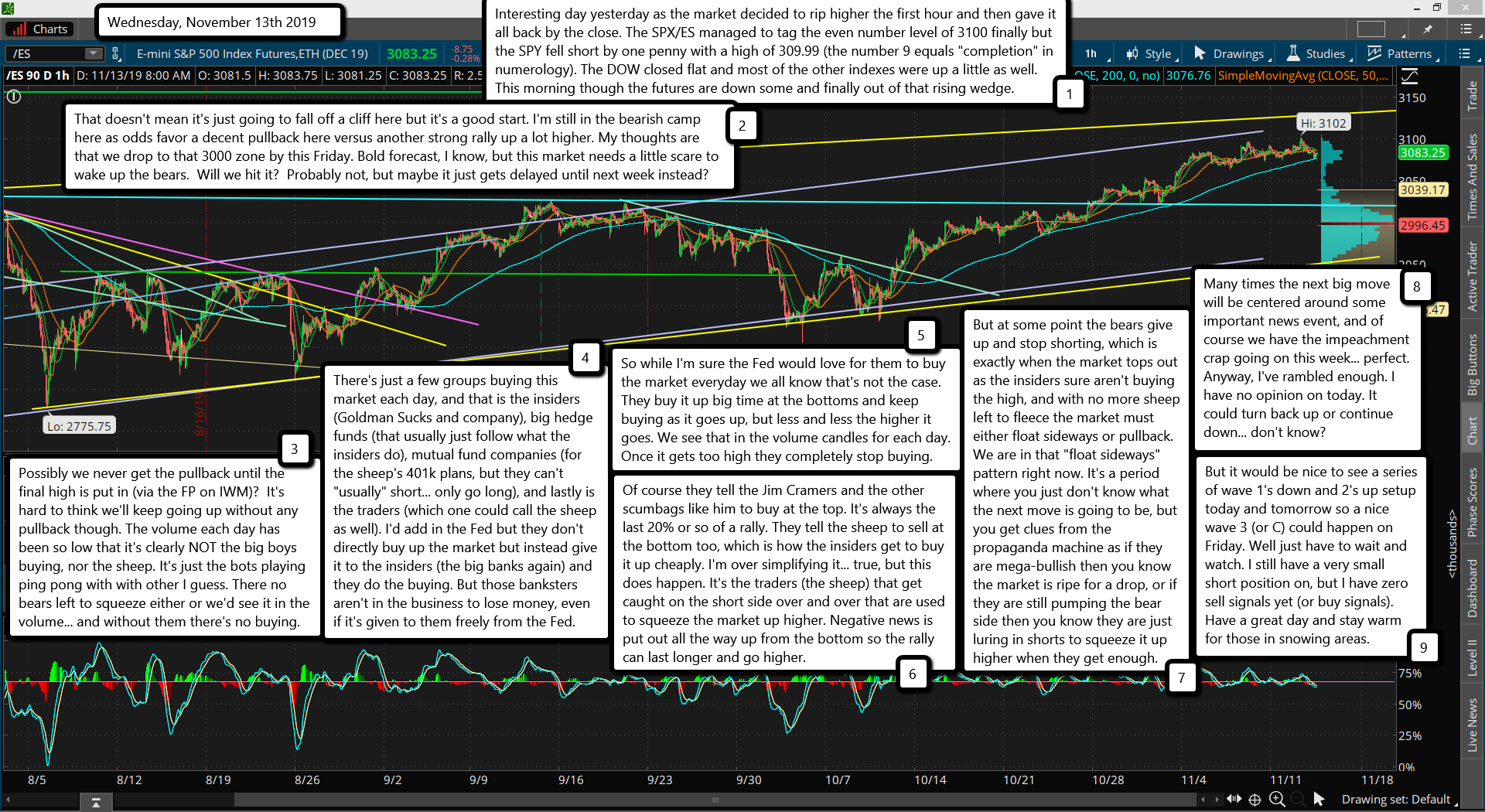 Interesting day yesterday as the market decided to rip higher the first hour and then gave it all back by the close. The SPX/ES managed to tag the even number level of 3100 finally but the SPY fell short by one penny with a high of 309.99 (the number 9 equals "completion" in numerology). The DOW closed flat and most of the other indexes were up a little as well. This morning though the futures are down some and finally out of that rising wedge.

That doesn't mean it's just going to fall off a cliff here but it's a good start. I'm still in the bearish camp here as odds favor a decent pullback here versus another strong rally up a lot higher. My thoughts are that we drop to that 3000 zone by this Friday. Bold forecast, I know, but this market needs a little scare to wake up the bears.  Will we hit it?  Probably not, but maybe it just gets delayed until next week instead?

Possibly we never get the pullback until the final high is put in (via the FP on IWM)?  It's hard to think we'll keep going up without any pullback though. The volume each day has been so low that it's clearly NOT the big boys buying, nor the sheep. It's just the bots playing ping pong with with other I guess. There no bears left to squeeze either or we'd see it in the volume... and without them there's no buying.

There's just a few groups buying this market each day, and that is the insiders (Goldman Sucks and company), big hedge funds (that usually just follow what the insiders do), mutual fund companies (for the sheep's 401k plans, but they can't "usually" short... only go long), and lastly is the traders (which one could call the sheep as well). I'd add in the Fed but they don't directly buy up the market but instead give it to the insiders (the big banks again) and they do the buying. But those banksters aren't in the business to lose money, even if it's given to them freely from the Fed.

So while I'm sure the Fed would love for them to buy the market everyday we all know that's not the case. They buy it up big time at the bottoms and keep buying as it goes up, but less and less the higher it goes. We see that in the volume candles for each day. Once it gets too high they completely stop buying.

Of course they tell the Jim Cramers and the other scumbags like him to buy at the top. It's always the last 20% or so of a rally. They tell the sheep to sell at the bottom too, which is how the insiders get to buy it up cheaply. I'm over simplifying it... true, but this does happen. It's the traders (the sheep) that get caught on the short side over and over that are used to squeeze the market up higher. Negative news is put out all the way up from the bottom so the rally can last longer and go higher.

But at some point the bears give up and stop shorting, which is exactly when the market tops out as the insiders sure aren't buying the high, and with no more sheep left to fleece the market must either float sideways or pullback. We are in that "float sideways" pattern right now. It's a period where you just don't know what the next move is going to be, but you get clues from the propaganda machine as if they are mega-bullish then you know the market is ripe for a drop, or if they are still pumping the bear side then you know they are just luring in shorts to squeeze it up higher when they get enough.

Many times the next big move will be centered around some important news event, and of course we have the impeachment crap going on this week... perfect. Anyway, I've rambled enough. I have no opinion on today. It could turn back up or continue down... don't know?

But it would be nice to see a series of wave 1's down and 2's up setup today and tomorrow so a nice wave 3 (or C) could happen on Friday. Well just have to wait and watch. I still have a very small short position on, but I have zero sell signals yet (or buy signals). Have a great day and stay warm for those in snowing areas.