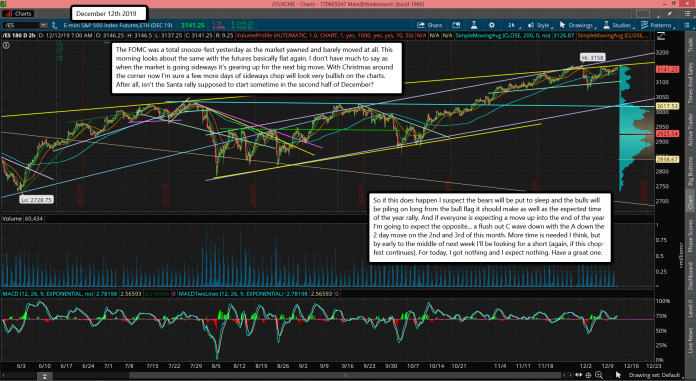 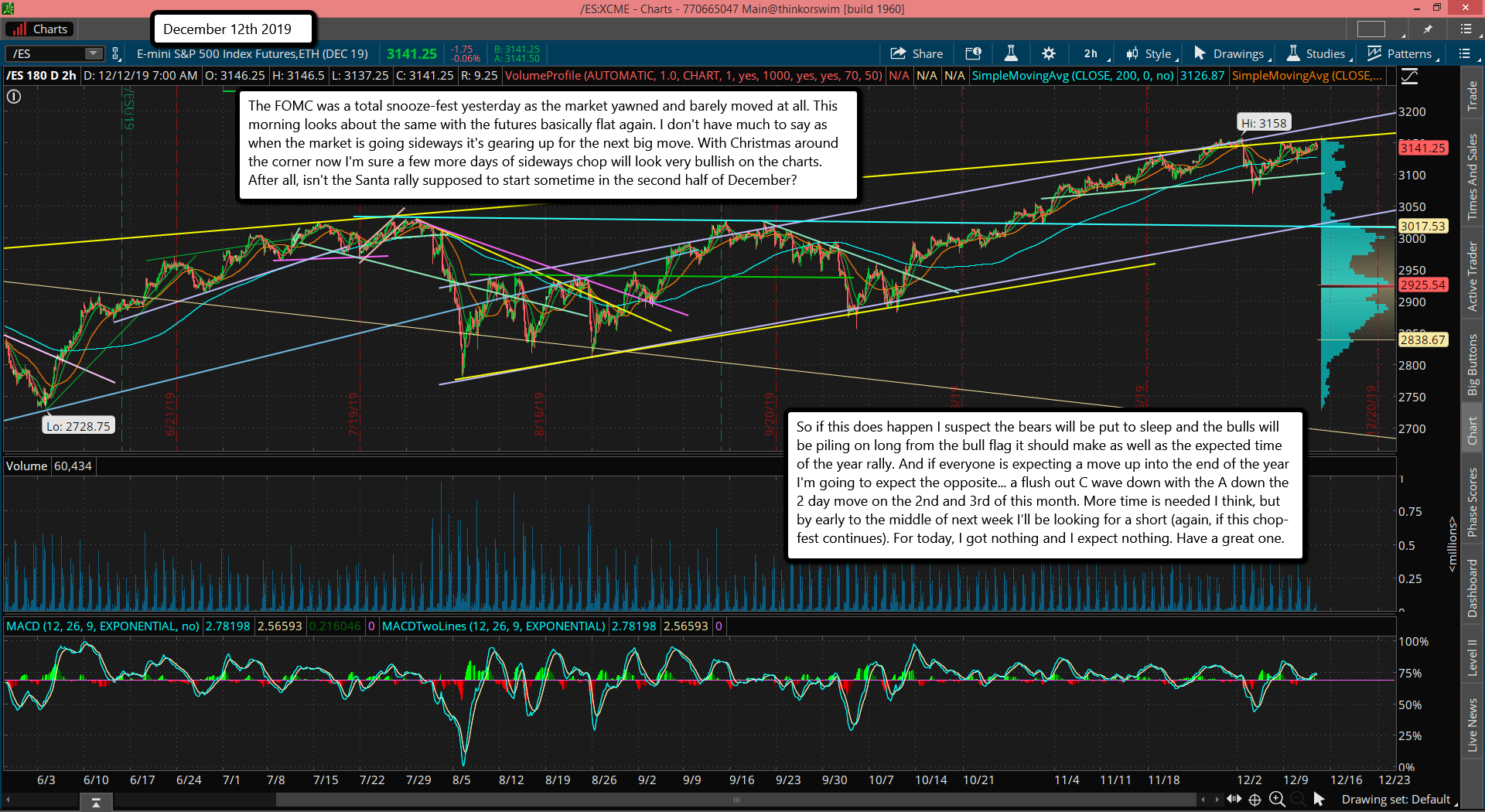 The FOMC was a total snooze-fest yesterday as the market yawned and barely moved at all. This morning looks about the same with the futures basically flat again. I don't have much to say as when the market is going sideways it's gearing up for the next big move. With Christmas around the corner now I'm sure a few more days of sideways chop will look very bullish on the charts. After all, isn't the Santa rally supposed to start sometime in the second half of December?

So if this does happen I suspect the bears will be put to sleep and the bulls will be piling on long from the bull flag it should make as well as the expected time of the year rally. And if everyone is expecting a move up into the end of the year I'm going to expect the opposite... a flush out C wave down with the A down the 2 day move on the 2nd and 3rd of this month. More time is needed I think, but by early to the middle of next week I'll be looking for a short (again, if this chop-fest continues). For today, I got nothing and I expect nothing. Have a great one.