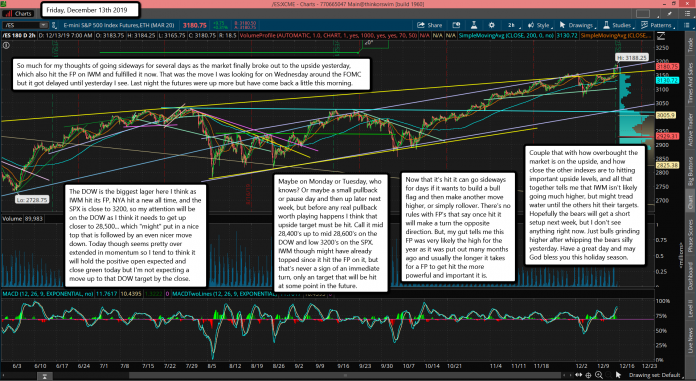 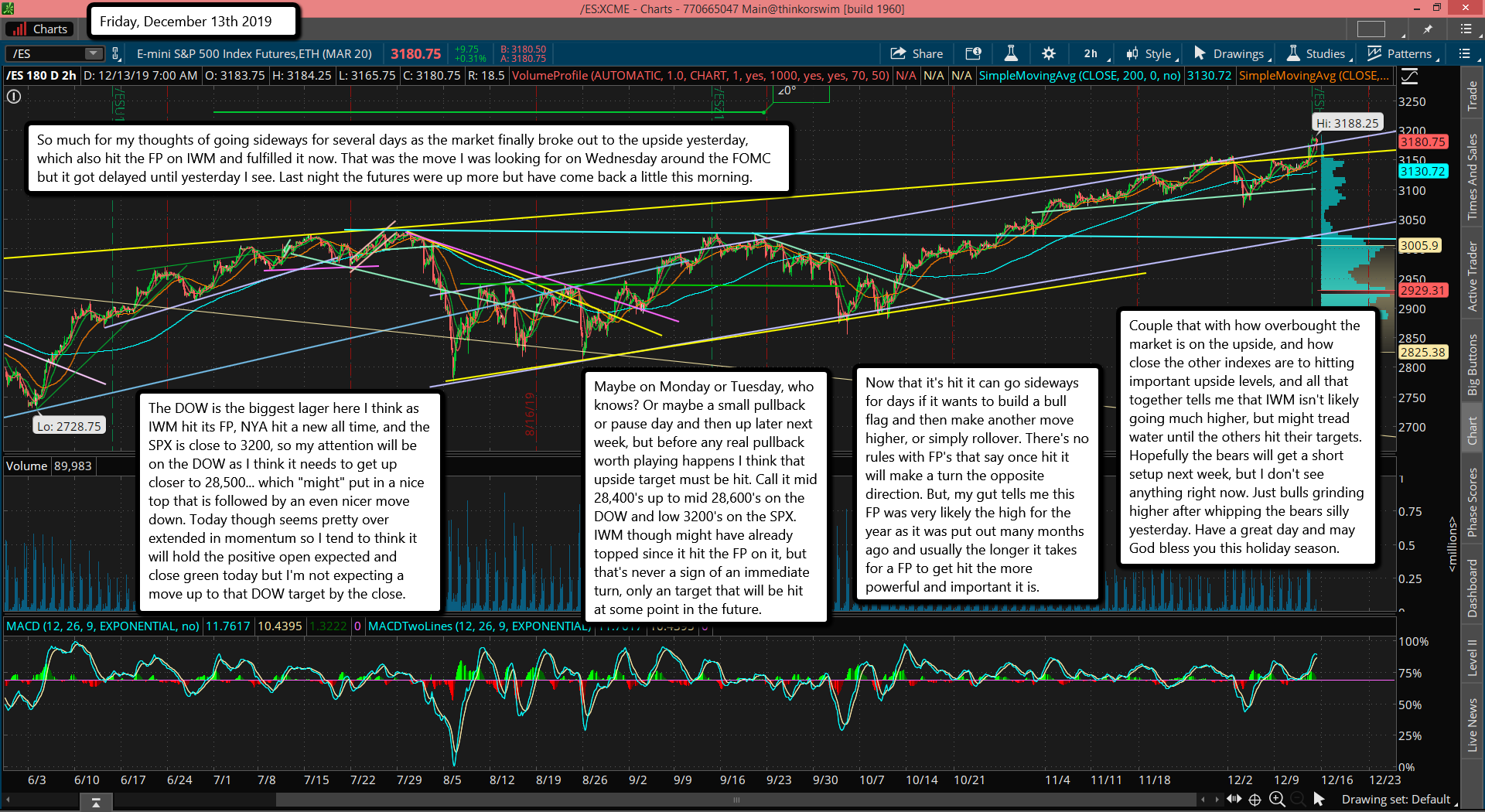 So much for my thoughts of going sideways for several days as the market finally broke out to the upside yesterday, which also hit the FP on IWM and fulfilled it now. That was the move I was looking for on Wednesday around the FOMC but it got delayed until yesterday I see. Last night the futures were up more but have come back a little this morning.

The DOW is the biggest lager here I think as IWM hit its FP, NYA hit a new all time, and the SPX is close to 3200, so my attention will be on the DOW as I think it needs to get up closer to 28,500... which "might" put in a nice top that is followed by an even nicer move down. Today though seems pretty over extended in momentum so I tend to think it will hold the positive open expected and close green today but I'm not expecting a move up to that DOW target by the close.

Maybe on Monday or Tuesday, who knows? Or maybe a small pullback or pause day and then up later next week, but before any real pullback worth playing happens I think that upside target must be hit. Call it mid 28,400's up to mid 28,600's on the DOW and low 3200's on the SPX. IWM though might have already topped since it hit the FP on it, but that's never a sign of an immediate turn, only an target that will be hit at some point in the future.

Now that it's hit it can go sideways for days if it wants to build a bull flag and then make another move higher, or simply rollover. There's no rules with FP's that say once hit it will make a turn the opposite direction. But, my gut tells me this FP was very likely the high for the year as it was put out many months ago and usually the longer it takes for a FP to get hit the more powerful and important it is.

Couple that with how overbought the market is on the upside, and how close the other indexes are to hitting important upside levels, and all that together tells me that IWM isn't likely going much higher, but might tread water until the others hit their targets. Hopefully the bears will get a short setup next week, but I don't see anything right now. Just bulls grinding higher after whipping the bears silly yesterday. Have a great day and may God bless you this holiday season.