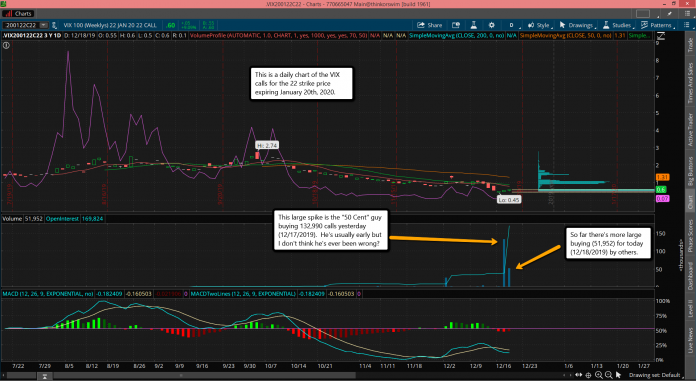 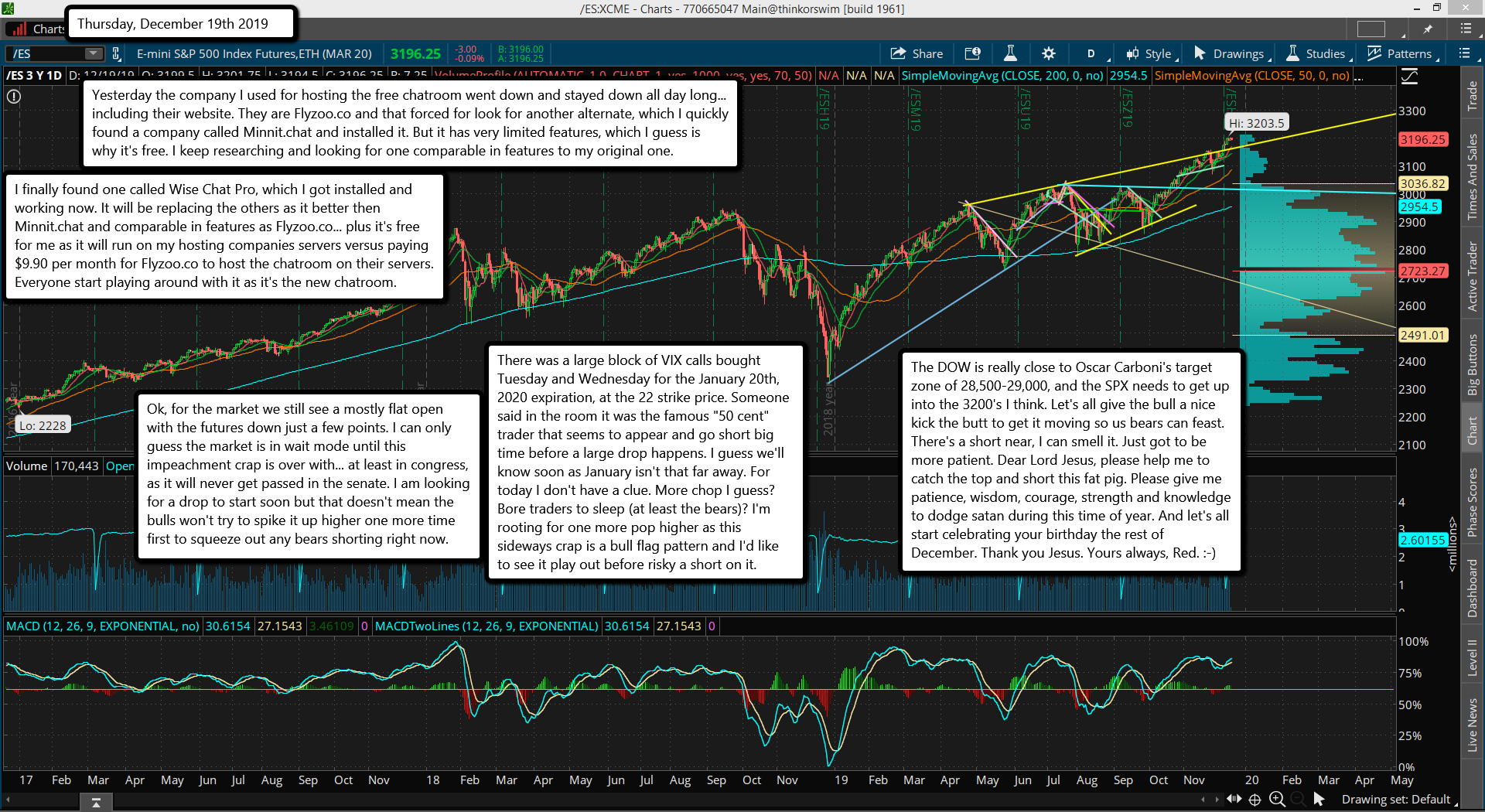 Yesterday the company I used for hosting the free chatroom went down and stayed down all day long... including their website. They are Flyzoo.co and that forced for look for another alternate, which I quickly found a company called Minnit.chat and installed it. But it has very limited features, which I guess is why it's free. I keep researching and looking for one comparable in features to my original one.

I finally found one called Wise Chat Pro, which I got installed and working now. It will be replacing the others as it better then Minnit.chat and comparable in features as Flyzoo.co... plus it's free for me as it will run on my hosting companies servers versus paying $9.90 per month for Flyzoo.co to host the chatroom on their servers. Everyone start playing around with it as it's the new chatroom.

Ok, for the market we still see a mostly flat open with the futures down just a few points. I can only guess the market is in wait mode until this impeachment crap is over with... at least in congress, as it will never get passed in the senate. I am looking for a drop to start soon but that doesn't mean the bulls won't try to spike it up higher one more time first to squeeze out any bears shorting right now.

There was a large block of VIX calls bought Tuesday and Wednesday for the January 20th, 2020 expiration, at the 22 strike price. Someone said in the room it was the famous "50 cent" trader that seems to appear and go short big time before a large drop happens. I guess we'll know soon as January isn't that far away. For today I don't have a clue. More chop I guess? Bore traders to sleep (at least the bears)? I'm rooting for one more pop higher as this sideways crap is a bull flag pattern and I'd like to see it play out before risky a short on it.

The DOW is really close to Oscar Carboni's target zone of 28,500-29,000, and the SPX needs to get up into the 3200's I think. Let's all give the bull a nice kick the butt to get it moving so us bears can feast. There's a short near, I can smell it. Just got to be more patient. Dear Lord Jesus, please help me to catch the top and short this fat pig. Please give me patience, wisdom, courage, strength and knowledge to dodge satan during this time of year. And let's all start celebrating your birthday the rest of December. Thank you Jesus. Yours always, Red. 🙂