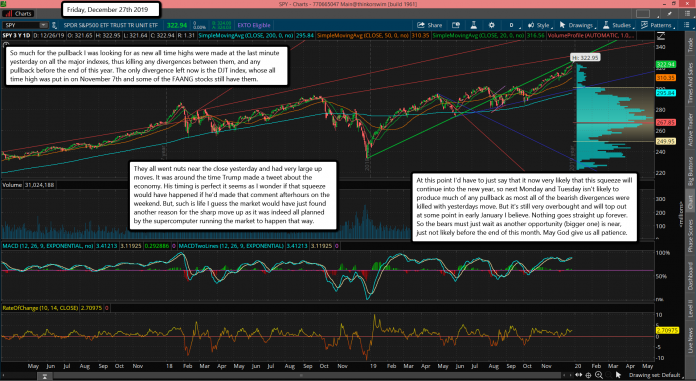 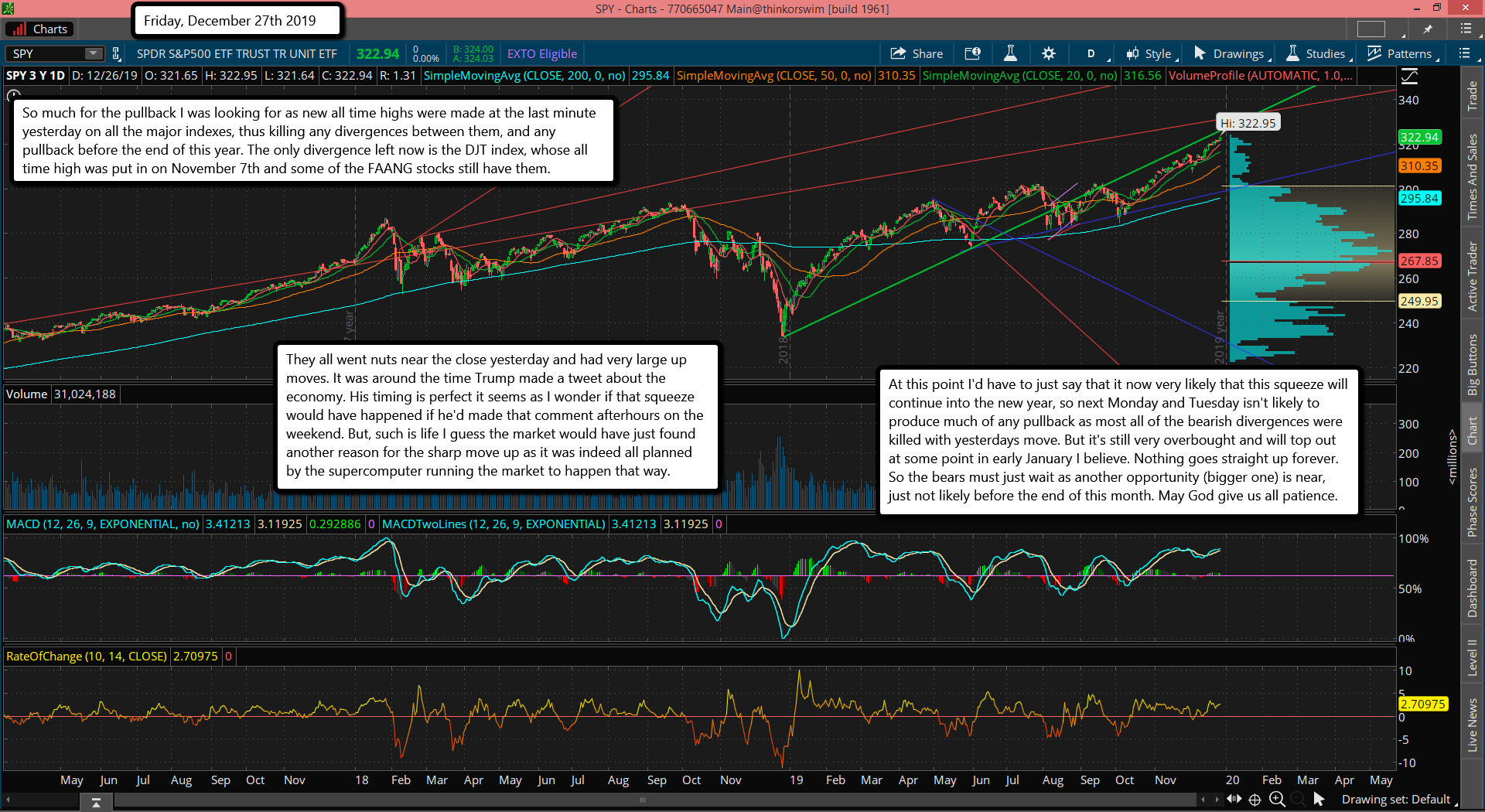 So much for the pullback I was looking for as new all time highs were made at the last minute yesterday on all the major indexes, thus killing any divergences between them, and any pullback before the end of this year. The only divergence left now is the DJT index, whose all time high was put in on November 7th and some of the FAANG stocks still have them.

They all went nuts near the close yesterday and had very large up moves. It was around the time Trump made a tweet about the economy. His timing is perfect it seems as I wonder if that squeeze would have happened if he'd made that comment afterhours on the weekend. But, such is life I guess the market would have just found another reason for the sharp move up as it was indeed all planned by the supercomputer running the market to happen that way.

At this point I'd have to just say that it now very likely that this squeeze will continue into the new year, so next Monday and Tuesday isn't likely to produce much of any pullback as most all of the bearish divergences were killed with yesterdays move. But it's still very overbought and will top out at some point in early January I believe. Nothing goes straight up forever. So the bears must just wait as another opportunity (bigger one) is near, just not likely before the end of this month. May God give us all patience.