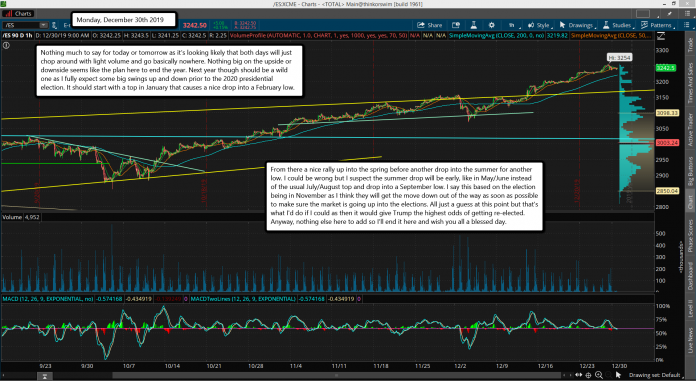 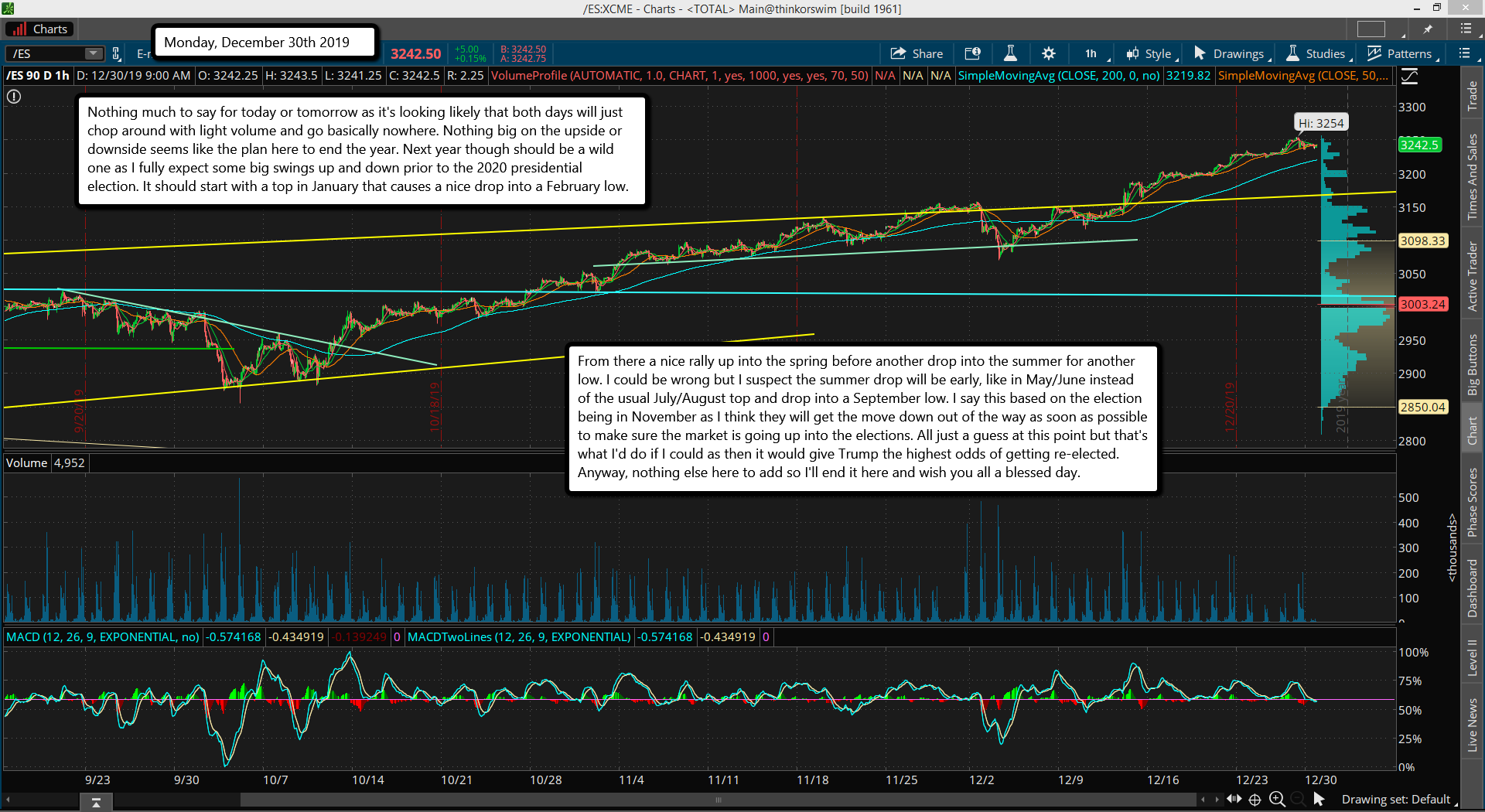 Nothing much to say for today or tomorrow as it's looking likely that both days will just chop around with light volume and go basically nowhere. Nothing big on the upside or downside seems like the plan here to end the year. Next year though should be a wild one as I fully expect some big swings up and down prior to the 2020 presidential election. It should start with a top in January that causes a nice drop into a February low.

From there a nice rally up into the spring before another drop into the summer for another low. I could be wrong but I suspect the summer drop will be early, like in May/June instead of the usual July/August top and drop into a September low. I say this based on the election being in November as I think they will get the move down out of the way as soon as possible to make sure the market is going up into the elections. All just a guess at this point but that's what I'd do if I could as then it would give Trump the highest odds of getting re-elected. Anyway, nothing else here to add so I'll end it here and wish you all a blessed day.