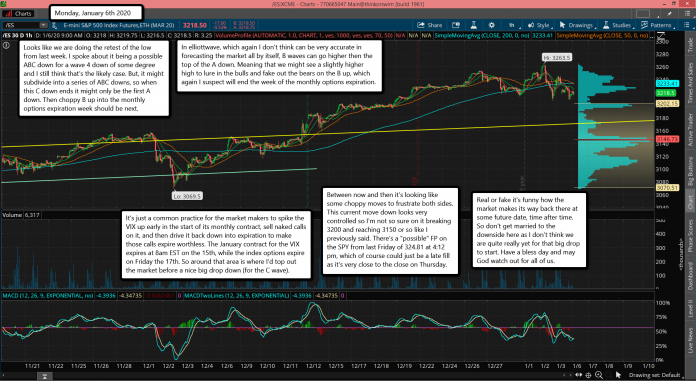 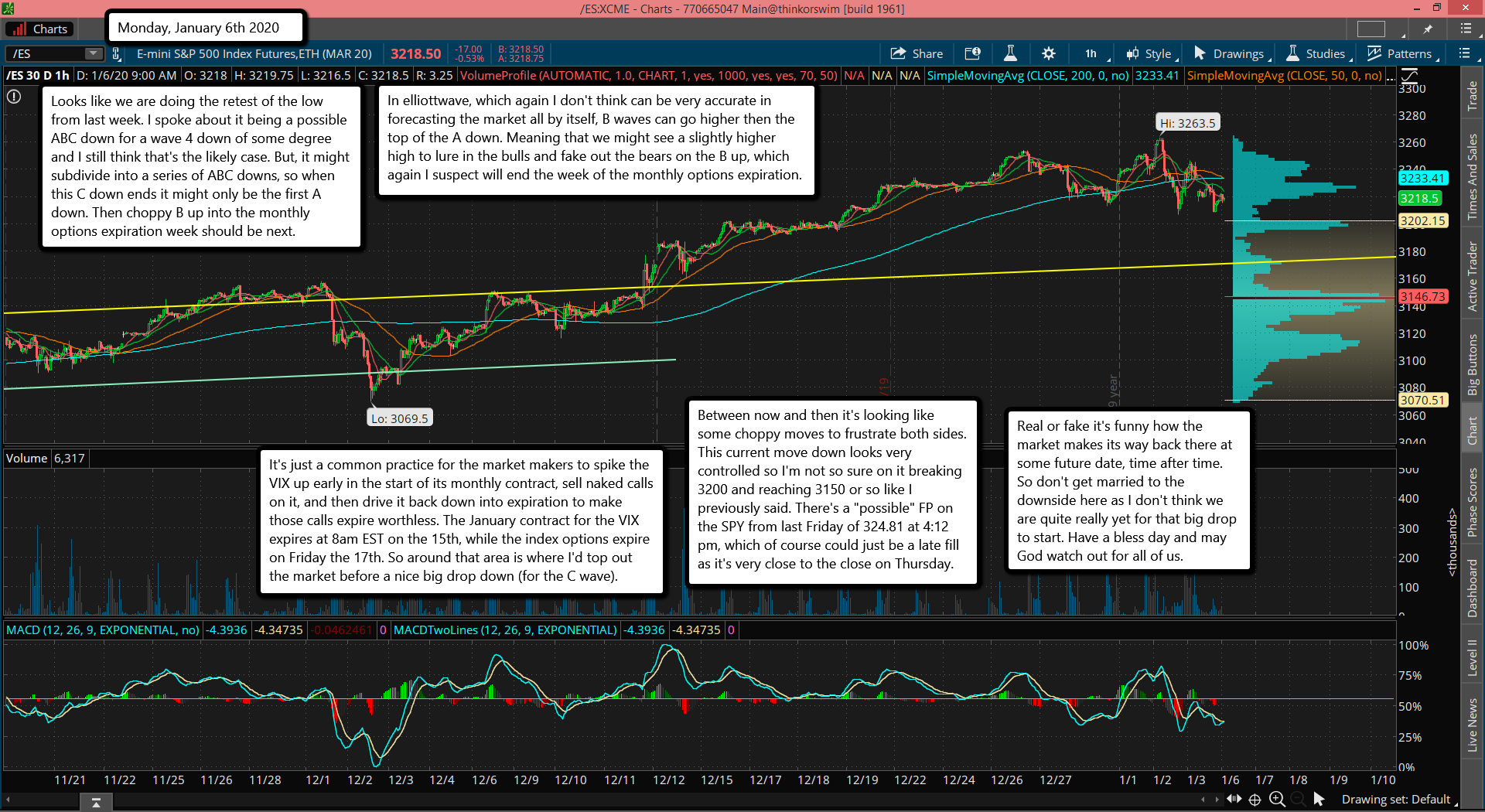 Looks like we are doing the retest of the low from last week. I spoke about it being a possible ABC down for a wave 4 down of some degree and I still think that's the likely case. But, it might subdivide into a series of ABC downs, so when this C down ends it might only be the first A down. Then choppy B up into the monthly options expiration week should be next.

In elliottwave, which again I don't think can be very accurate in forecasting the market all by itself, B waves can go higher then the top of the A down. Meaning that we might see a slightly higher high to lure in the bulls and fake out the bears on the B up, which again I suspect will end the week of the monthly options expiration.

It's just a common practice for the market makers to spike the VIX up early in the start of its monthly contract, sell naked calls on it, and then drive it back down into expiration to make those calls expire worthless. The January contract for the VIX expires at 8am EST on the 15th, while the index options expire on Friday the 17th. So around that area is where I'd top out the market before a nice big drop down (for the C wave).

Between now and then it's looking like some choppy moves to frustrate both sides. This current move down looks very controlled so I'm not so sure on it breaking 3200 and reaching 3150 or so like I previously said. There's a "possible" FP on the SPY from last Friday of 324.81 at 4:12 pm, which of course could just be a late fill as it's very close to the close on Thursday.

Real or fake it's funny how the market makes its way back there at some future date, time after time. So don't get married to the downside here as I don't think we are quite really yet for that big drop to start. Have a bless day and may God watch out for all of us.