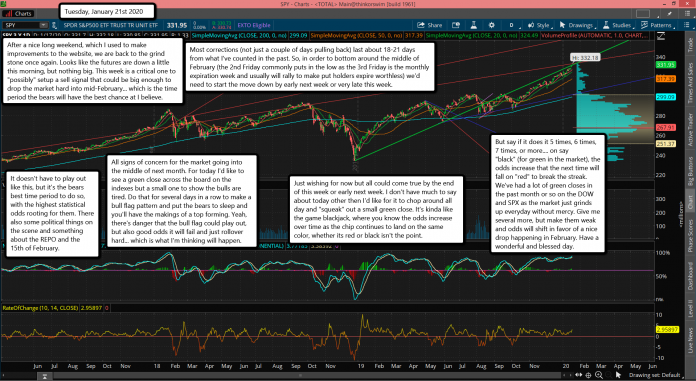 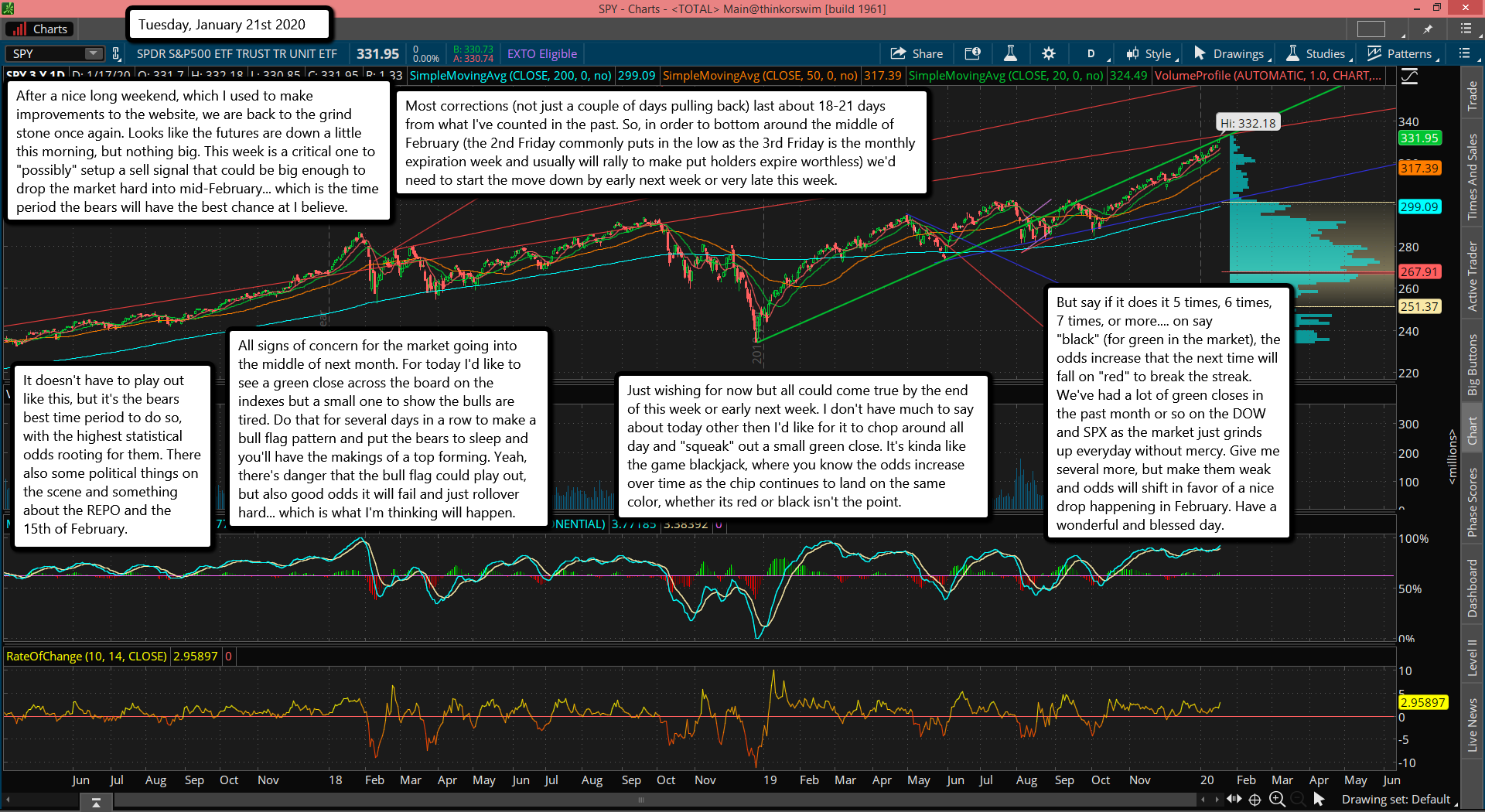 After a nice long weekend, which I used to make improvements to the website, we are back to the grind stone once again. Looks like the futures are down a little this morning, but nothing big. This week is a critical one to "possibly" setup a sell signal that could be big enough to drop the market hard into mid-February... which is the time period the bears will have the best chance at I believe.

Most corrections (not just a couple of days pulling back) last about 18-21 days from what I've counted in the past. So, in order to bottom around the middle of February (the 2nd Friday commonly puts in the low as the 3rd Friday is the monthly expiration week and usually will rally to make put holders expire worthless) we'd need to start the move down by early next week or very late this week.

It doesn't have to play out like this, but it's the bears best time period to do so, with the highest statistical odds rooting for them. There also some political things on the scene and something about the REPO and the 15th of February.

All signs of concern for the market going into the middle of next month. For today I'd like to see a green close across the board on the indexes but a small one to show the bulls are tired. Do that for several days in a row to make a bull flag pattern and put the bears to sleep and you'll have the makings of a top forming. Yeah, there's danger that the bull flag could play out, but also good odds it will fail and just rollover hard... which is what I'm thinking will happen.

Just wishing for now but all could come true by the end of this week or early next week. I don't have much to say about today other then I'd like for it to chop around all day and "squeak" out a small green close. It's kinda like the game blackjack, where you know the odds increase over time as the chip continues to land on the same color, whether its red or black isn't the point.

But say if it does it 5 times, 6 times, 7 times, or more.... on say "black" (for green in the market), the odds increase that the next time will fall on "red" to break the streak. We've had a lot of green closes in the past month or so on the DOW and SPX as the market just grinds up everyday without mercy. Give me several more, but make them weak and odds will shift in favor of a nice drop happening in February. Have a wonderful and blessed day.